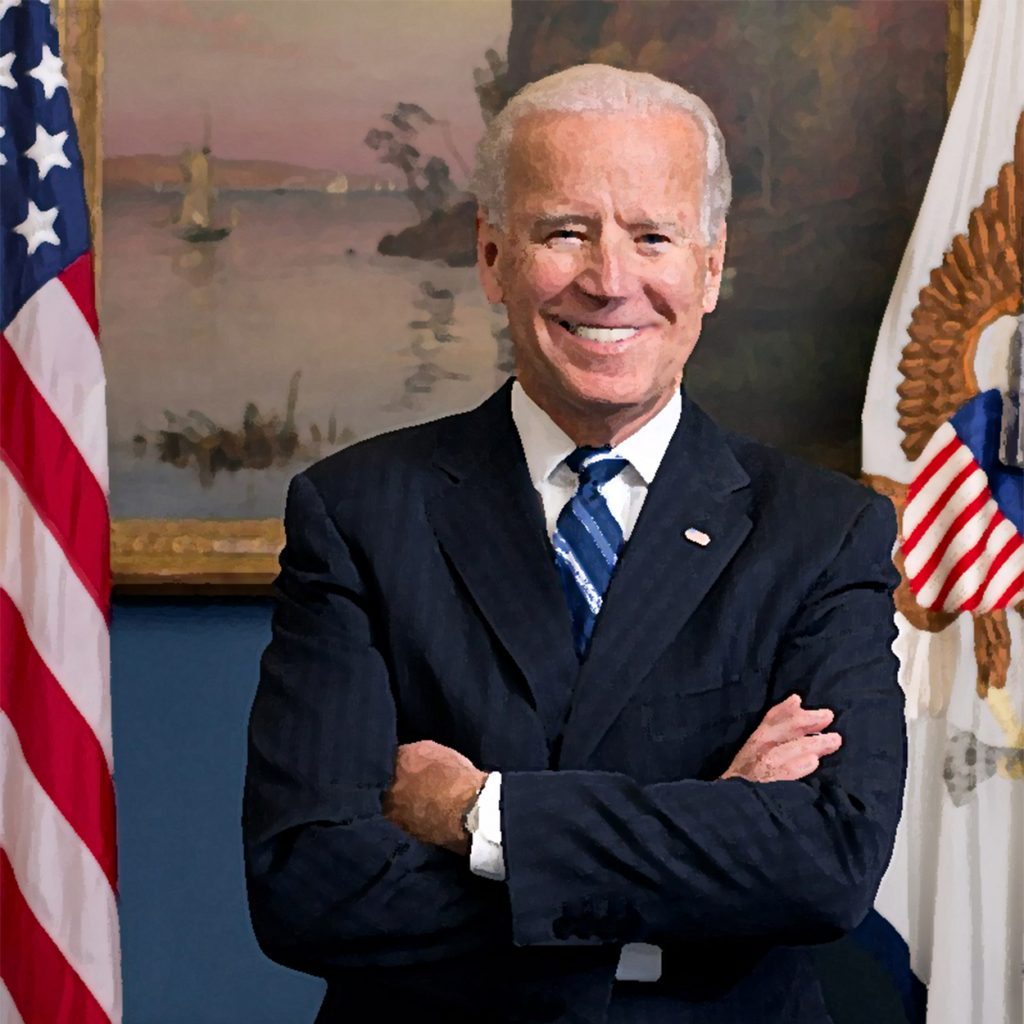 Latter-day Saints for Biden-Harris explain why they have chosen to support Joe Biden’s candidacy for President. They argue his experience, steadiness, and bipartisanship make him the best choice for President.

We are Latter-day Saints who are voting for Joe Biden for President of the United States. We include Republicans, independents, and Democrats. Members of our faith across the country, including notable conservatives Jeff Flake and Evan McMullin, are supporting Joe Biden and rejecting Donald Trump, patriotically putting country over party. A groundswell of our fellow Latter-day Saints is joining in this cause. A May 2020 survey shows Biden winning recent BYU students outright. We are grateful for this opportunity to explain why we are championing the Biden-Harris ticket because of, not in spite of, our faith.

Joe Biden is a known figure. A devout Catholic, a bridge-builder in the Senate, a caring and empathetic human, and a wise legislator.

Church leaders have taught that “principles compatible with the gospel may be found in various political parties.” We do not claim or infer Church sponsorship or endorsement. We readily signed the pledge from Mormon Women for Ethical Government not to weaponize or leverage our faith. While we disagree with our fellow members who support President Trump, we know that far more unites us than divides us.

We have served in a variety of callings and have followed many paths to reach this point. We have found common cause this election because we believe Joe Biden represents a critical opportunity to unify the country and navigate us through troubling times and that he can restore honor and dignity to the presidency and America.

Joe Biden is a known figure. A devout Catholic, a bridge-builder in the Senate, a caring and empathetic human, and a wise legislator. He is no doubt imperfect, but he is also willing to take responsibility for mistakes and to right wrongs. His time as Vice President saw no scandals, and accomplished many victories at home and abroad, including striking important deals with former enemies. We trust him to lead with dignity, unify Americans and work toward the common good, unlike the subservience to foreign dictators and domestic extremists we have witnessed under the current President. In a political atmosphere marked by division, this approach is not just refreshing, it is essential. As he says, “I’m running as a Democrat, but I’m going to be everyone’s president.”

Biden’s vast leadership experience and his work across the aisle have prepared him to tackle the four overlapping challenges we face: an out-of-control pandemic, an economy on the brink, racial disparities and discrimination, and the dire consequences of abusing our shared world. We trust Joe Biden to adopt techniques that work in the real world—including approaches that support life from beginning to end. His experience revitalizing the American economy from the Great Recession and creating access to healthcare for more Americans, including those with pre-existing conditions, are what we need in these critical times. We appreciate the ways his time as a single father and his own father’s financial challenges have informed his dedication to compassion, empathy, and bridge-building. He has a plan to help families achieve self-reliance.

In contrast, the chaos of the past four years has been a lesson in what happens when we elect corrupt leaders. President Trump has sown division, spread misinformation, harmed our relationships with our friends, emboldened our enemies, and tarnished our reputation. His leadership failures have contributed to hundreds of thousands of deaths of our fellow citizens.

Trump has shown us that he cares only about himself. He and his people have blown past our institutions’ safeguards, from the Ethics Office, the Department of State, the Department of Justice, to our elections. His administration has broken many laws and he has abused his power time and time again. He has attacked the freedom of religion of our brothers and sisters of other faiths, undermined the freedom of the press, denigrated our allies, polluted our communities, and harmed refugees. He continues a lawsuit that threatens health protections needed by 133,000,000 Americans while promising for years that he would have a replacement plan “in a few weeks.” He has even reduced the Republican Party platform to personal loyalty and subverted donor funds to pay his personal legal bills. When Senator Romney became the first US Senator ever to vote to convict a President of his own party of abuse of power, he pointed to his faith. Donald Trump responded by mocking him and us.

These are not the values that represent our faith or our country. We deserve and demand better.

Joe Biden shares our values and has befriended our faith. As a strong proponent of religious freedom, he received the Athenagoras Human Rights Award given “to a person or organization, which has consistently exemplified by action, purpose and dedication, concern for the basic rights and religious freedoms of all people.” A close friend of the late Senator Robert Bennett, he has long supported Latter-day Saints. In 2011, when now-Senator Romney was running for the Republican nomination, evangelical leaders tried to disqualify him because of his faith. When asked about the attacks, Joe Biden said it is “preposterous” to question Romney’s faith. His outreach to our community has been robust. We are confident that Latter-day Saints will be heard by a Biden-Harris administration.

We believe he is the moral choice who will help unify and heal America.

Here are other reasons from our fellow Latter-day Saints about why they’re supporting the Biden-Harris ticket:

Matt G. from Utah writes: “I am voting for Joe Biden because of his decency. . . He understands pain and sorrow, and can therefore empathize with so many of us at this time.”

Allison E., from Utah comments: “As a health professional, I believe we need someone in office during this pandemic and the years to follow that will listen to experts, follow guidelines outlined by reliable research, be honest with the public, and not remove access and increase barriers to healthcare.”

James W., from West Virginia, notes: “I cannot imagine Pahoran calling Captain Moroni and his soldiers ‘losers’ and ‘suckers’ for defending their people.”

Though we may not agree with all of W. Cleon Skousen’s political beliefs, one of his 28 Principles of Liberty is: “The most promising method of securing a virtuous people is to elect virtuous leaders.” We believe that it is of utmost importance to support a candidate who upholds virtuous ideals and recognizes his own missteps.

We invite each of our fellow Latter-day Saints and other people of faith and conscience to join us in supporting Joe Biden for President. We believe he is the moral choice who will help unify and heal America. We trust he will make this a better country for families and enable us to pursue self-sufficiency while respecting our agency. We are not asking for a lifetime commitment to the Democratic party, but rather to vote for the rational and ethical choice, a president who has dedicated his life to effective public service with the skill to lead and fight for the soul of America.

Latter-day Saints for Biden Harris is an independent, grassroots group. We are neither affiliated nor endorsed by The Church of Jesus Christ of Latter-day Saints. Find us on Facebook, Twitter, and Instagram. 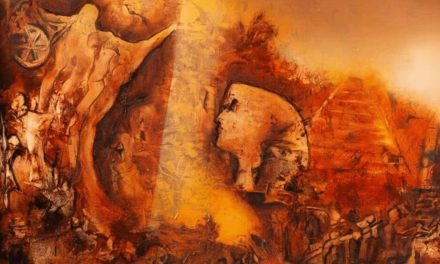 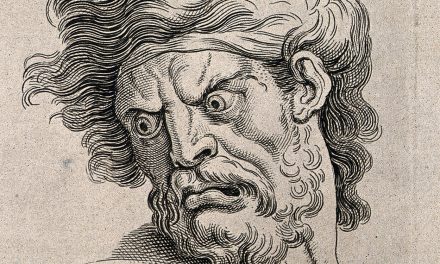 Anger and the Modern Prophetic Voice 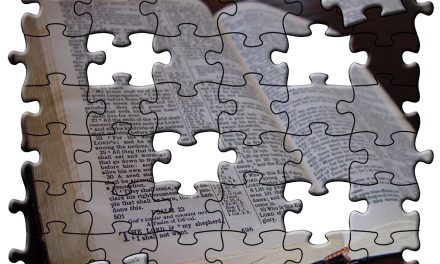