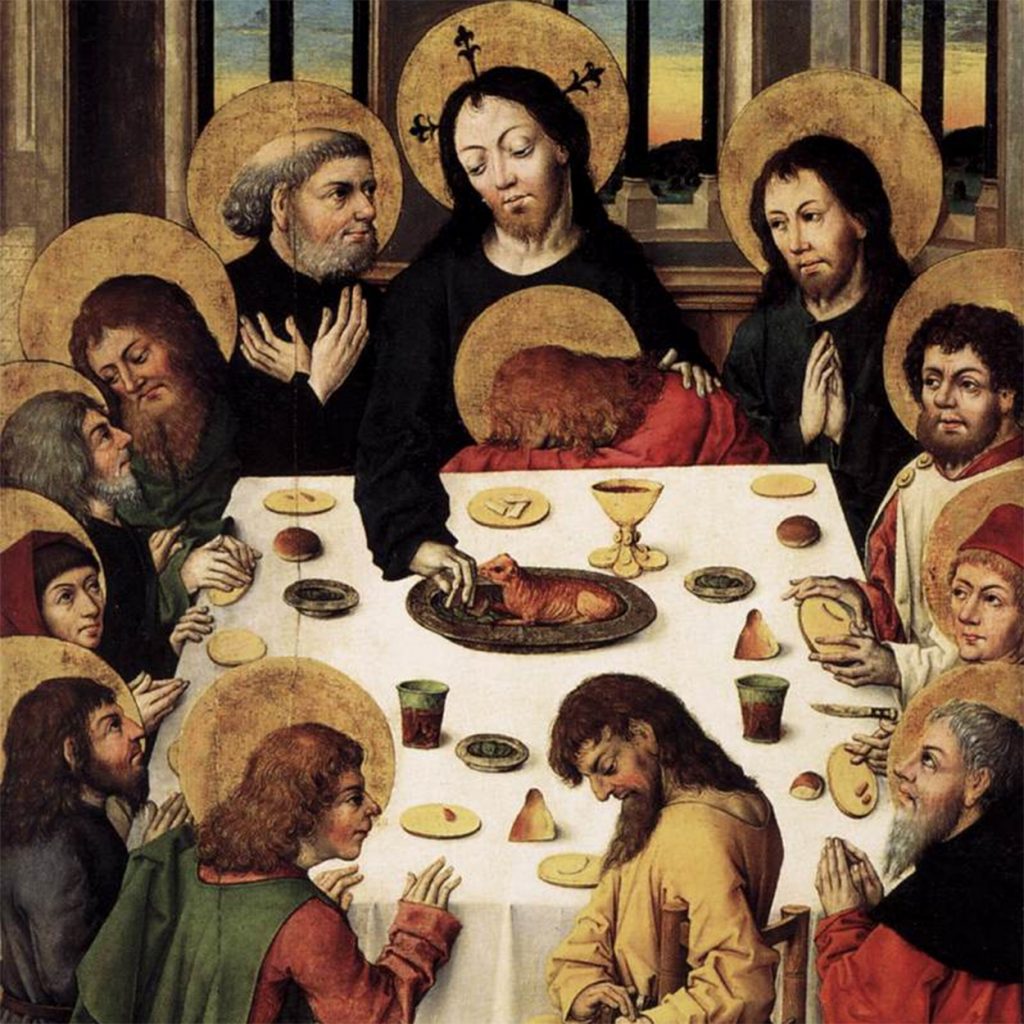 In the wake of calls for racial justice, it can be easy to feel defensive. Christ’s apostles modeled another way: looking introspectively.

In the substantial commentary about violence that has erupted in response to protests of George Floyd’s death, some see the excesses of reactionary violence as grounds to dismiss the message of the protests themselves.

Even if violence hadn’t erupted around the protests, of course, resistance to the message would likely exist. When any of us feels accused—especially of something serious—it’s human nature to push back, to dig in one’s heels, or to find some appropriate defense.

And if we’re honest, many have responded in exactly that way since the original Black Lives Matter protests following the shooting of Michael Brown in August of 2014.

Being accused of racism is a heavy and consequential charge. So, defensiveness isn’t surprising. But might such a quick reaction also obscure some important truths meriting greater soul-searching?

It’s become common in America today to dismiss the fears and anger of our political opposites—however deeply felt—as somehow illegitimate and threatening.

One especially serious accusation figured prominently in the ministry of Jesus Christ. During the week after Jesus Christ’s triumphal entry into Jerusalem, He gathered his apostles for a meal. When they had sat down, Jesus made the solemn announcement that one of them would betray Him.

Rather than beginning to speculate who among them could be so devious, in the words of Matthew, the apostles “were exceedingly sorrowful, and began every one of them to say unto him, Lord, is it I?”

Referencing the same event, Dieter F. Uchtdorf, a modern apostle of The Church of Jesus Christ of Latter-day Saints elaborated: “Often we try to avoid looking deeply into our souls and confronting our weaknesses, limitations, and fears. Consequently, when we do examine our lives, we look through the filter of biases, excuses, and stories we tell ourselves in order to justify unworthy thoughts and actions.”

He continued, “But being able to see ourselves clearly is essential to our spiritual growth and well-being. If our weaknesses and shortcomings remain obscured in the shadows, then the redeeming power of the Savior cannot heal them and make them strengths.”

“In these simple words, ‘Lord, is it I?’” Elder Uchtdorf concluded, “lies the beginning of wisdom and the pathway to personal conversion and lasting change.”

The apostles’ response to Jesus’ own poignant accusation is worth pondering this week, as our nation faces another reckoning on issues of race.

The sin of racism. Sin is a concept that goes far beyond just hostility to another group of people. And, indeed, Elder Uchtdorf went on to inventory a number of areas calling for greater Christian introspection.

For various reasons, however, we can be hesitant to include racism in our discussions of sin. There’s a weariness and wariness that can arise, as discussions of racism come out in the prevailing partisan atmosphere.  It’s also easy to deemphasize the issue as just one more ill in a long list of society’s shortcomings.

It’s true there are meaningful differences in how varied Christians speak of race.  Yet rather than having these differences prompt disinterest or disdain, perhaps they could become fodder for the practice of charity that ancient prophets have called “the greatest of all” – and move us towards greater reconciliation.

As Martin Luther King once said, “I believe that unarmed truth and unconditional love will have the final word in reality.”

The President of the Church of Jesus Christ of Latter-day Saints, Russell M. Nelson, raised his voice this week to encourage all followers of Christ to take these matters seriously, declaring “We join with many throughout this nation and around the world who are deeply saddened at recent evidences of racism and a blatant disregard for human life. We abhor the reality that some would deny others respect and the most basic of freedoms because of the color of his or her skin.”

He concluded by entreating, “The Creator of us all calls on each of us to abandon attitudes of prejudice against any group of God’s children. Any of us who has prejudice toward another race needs to repent!”

President Nelson continued, “Let us be clear. We are brothers and sisters, each of us the child of a loving Father in Heaven. His Son, the Lord Jesus Christ, invites all to come unto Him—“black and white, bond and free, male and female,” (2 Nephi 26:33)”:

During the Savior’s earthly mission, He constantly ministered to those who were excluded, marginalized, judged, overlooked, abused, and discounted. As His followers, can we do anything less? The answer is no! We believe in freedom, kindness, and fairness for all of God’s children!

Unfortunately, it’s become common in America today to dismiss the fears and anger of our political opposites—however deeply felt—as somehow illegitimate and threatening. Running precisely in the other direction, what if we tried to hear more deeply what these our brothers and sisters were feeling and expressing?

When was the last time you worried about being pulled over—or hurt—because of your skin color? Honest question. If that’s something often on the minds of our brothers and sisters, should we not hear out their legitimate reasons for fear and wariness?

Hearing the frustration. As one woman from Delaware pointed out in a letter to the New York Times, “The police do not go into white neighborhoods and, in vigilante style, assault, injure or kill innocent white people randomly. White people driving their cars are not pulled over by the police for no reason at all, then held at gunpoint.” She continued:

Many of us have no experience of how terrified and vulnerable black and brown men and women feel when confronted by the police. We need to put ourselves in those shoes and try to imagine the intense horror and fright they experience on a day-to-day basis.

I try to put myself in their shoes, and if I were stopped by the cops once a month just for driving around looking Hispanic (and this really does happen to several of my good friends), it would drive me crazy. It really would make me angry because of the basic unfairness of the situation. In the semi-rural area of northern Colorado where I live, I never get stopped by the police, but my Hispanic friends, who are basically good drivers, are stopped all of the time. That simply doesn’t seem fair. So, part of being a good Christian in my opinion is trying to have empathy for others who are suffering.

Hearing the exhaustion. We might also ask, are we hearing their exhaustion?

As community activist, Kass Ottley, put it, “How many times can you address the same issue and see nothing change?” Columnist Charles Blow also admits to the intensity of his own “anger over feeling powerless . . . an anger that the scenes keep repeating themselves until one feels exhausted and wrung out.” While calling for peaceful responses to injustice, Dr. Oscar T. Moses, a pastor over the Calvary Baptist Church, wrote “We are at a crucial moment in history where the disenfranchised are, in the words of Fannie Lou Hamer, Sick and tired of being sick and tired”—citing Dr. William A. Smith who coined the phrase, “Racial Battle Fatigue.”

The moral certainty and virtue signaling that social media invites often prevents the self-reflection and improvement that the moment requires.

Reflecting just that, an older black man from Los Angeles, Ronald Dennis writes “I am 75! I am Black! I am Exhausted! Racism was not thought up, invented, devised, implemented, or policed by black people. America’s white forefathers and mothers set this insanity into motion when my race was brought to these shores.” He went on to ask why “more white folks do not even attempt to understand” these aspects of black lives.

As a nation, will we?

Seeing the goodness. It’s not just the negative and painful realities that need more hearing and seeing, however. How about the profound goodness and beauty of these, our brothers and sisters?

Glenn Beck wrote of his own “pivot point” that prompted him to feel differently on these matters. After another episode of violence, Beck invited several Black Lives Matter activists on his show. He related:  “I got to know them as people—on and off air—and invited them back again. These individuals are decent, hardworking, patriotic Americans.”

Beck then admitted, “We don’t agree on everything, certainly not on politics; but are we not more than politics?” Then he insisted: “I refuse to define each of them based on the worst among them . . . they are my neighbors and my fellow citizens.”

Navigating complexities. As easy as that kind of appreciation may sound, it’s not so easy. The larger national conversation creates challenges for us all. As noted, we don’t always speak openly of racism in the same way as other sins.

It’s also not always easy to recognize when something is driven by hostility towards one aspect of who you are—or broader issues someone may be facing. In our current climate, it’s true that otherwise innocuous comments, acts, and situations could be immediately labeled as racist. It’s also true that hostility towards minorities has motivated heinous acts with little acknowledgment over the years.

When a crisis implicates our whole nation, we see Americans of all stripes try and exculpate themselves. Whether it’s because we voted for the right person, give to the right charities, post the right messages on Facebook, or have the right attitudes. The moral certainty and virtue signaling that social media invites often prevents the self-reflection and improvement that the moment requires.

And while the impulse to explain, “Everyone, it is not I,” is certainly understandable, the example Christ’s apostles set is to instead look inward and ask, “Lord, is it I?”

High aspirations. Kenneth B. Clark,  the psychologist who conducted the famous doll experiment used in Brown v. Board of Education, spent a lifetime advocating for greater empathy. He wrote, “Empathy is the unique capacity of the human being to feel the experiences, needs, aspirations, frustrations, sorrows, joys, anxieties, hurt, or hunger of others as if they were his/her own.”

That empathy can be underscored by our own experiences in life—and that of our faith community—in addition to taking the time to understand and appreciate the experience of others in the past. The leader of the Church of Jesus Christ, President Nelson summarized:

We need to foster our faith in the Fatherhood of God and the brotherhood of man. We need to foster a fundamental respect for the human dignity of every human soul, regardless of their color, creed, or cause. And we need to work tirelessly to build bridges of understanding rather than creating walls of segregation. I plead with us to work together for peace, for mutual respect, and for an outpouring of love for all of God’s children.

As the prophet Moroni might entreat America today, “Wherefore, my beloved brethren, pray unto the Father with all the energy of heart, that ye may be filled with this love, which he hath bestowed upon all who are true followers of his Son, Jesus Christ.”

Those are all sweet possibilities still within our grasp. Those who want them—and reach for them.

This is all dependent on looking inside ourselves—at least as much as outside. Searching for our part in a “better world” and seeking to ameliorate the ways we may contribute to some of the pain around us. 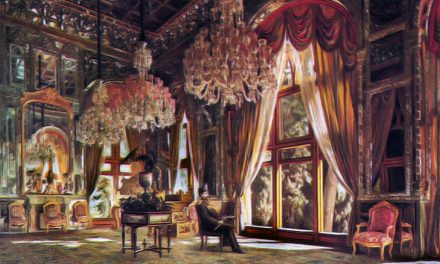 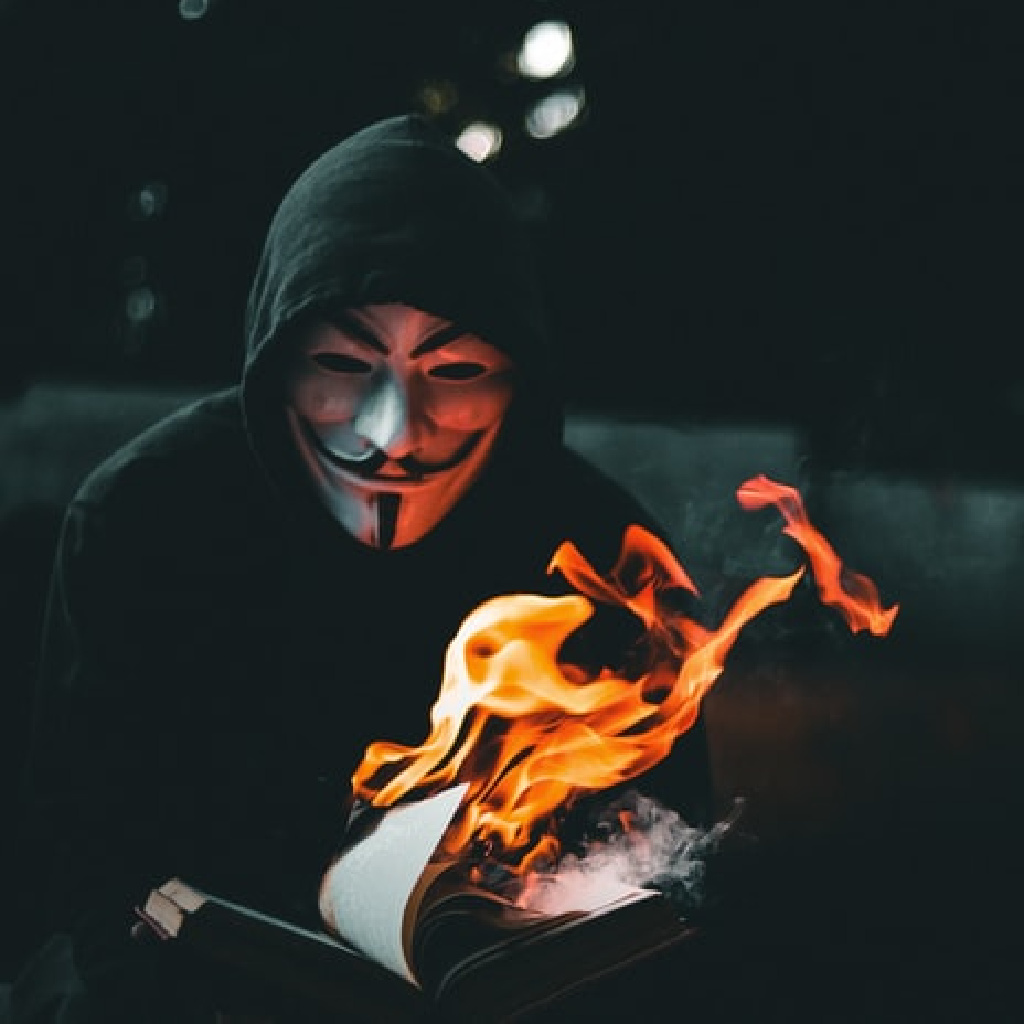