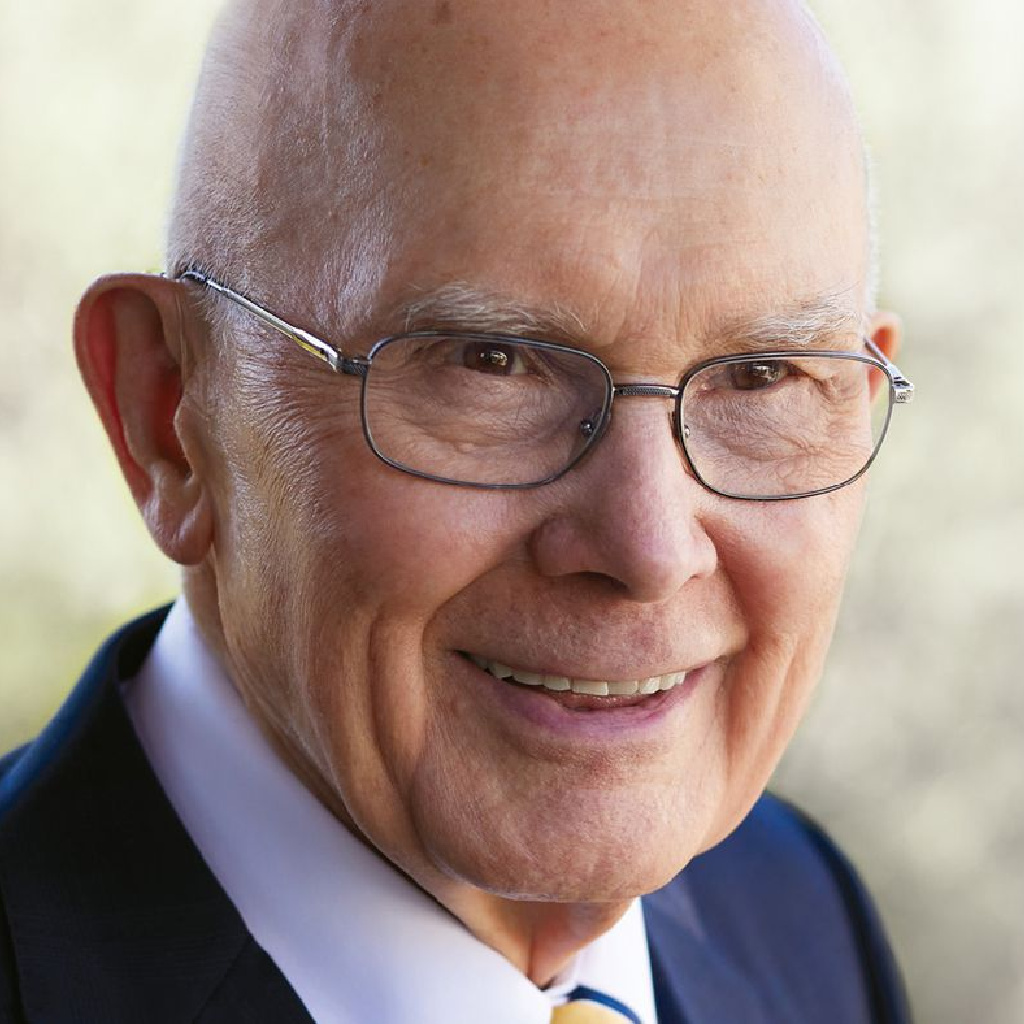 In an age where Christians (and everyone else) tend to flow with the cultural current, the remarks of President Dallin H. Oaks on Friday at the University of Virginia in Charlottesville were striking in their departure from popular rhetorical trends.

On the evening of Friday, November 12, President Dallin H. Oaks came to the University of Virginia and delivered the Joseph Smith Lecture on Religious Freedom, an annual event sponsored by the university’s Mormon Studies program.

A message like the one delivered by President Oaks is deeply countercultural.

In his address, President Oaks declined to indulge either of these delusions. Instead, he spoke on the importance of civility, peacemaking, and cooperation in the resolution of conflicts between the realms of religion and politics. In a time when social media algorithms and partisan commentary are rewarding heated, adversarial engagement to address our ideological differences, a message like the one delivered by President Oaks is deeply countercultural.

The setting for President Oaks’ remarks is important to note: Charlottesville, Virginia, was ground zero for an extreme right-wing demonstration in 2017 that led to violence, deaths, and a declaration of emergency. For Latter-day Saints who live in this area, the memories of that day are still fresh in our minds. Charlottesville holds an often-tense combination of old Southern and modern progressive university cultures, and our Latter-day Saint congregations are not free of these cultural tensions. And like many geographical areas, the ongoing pandemic has exposed the degree to which many Latter-day Saints have come to prefer partisan political messaging over the Christian gospel of the love of God and neighbor. But speaking from personal observation, I can affirm that in our Charlottesville Latter-day Saint congregations are numerous peacemakers, for whom President Oaks’ message was pure oxygen.

President Oaks made a startling statement early in his address, telling the audience that “I simply invite my audience, who already understand the complexity of current divisions, to consider the possibility of reconciliation as I proceed with the most difficult address I have ever undertaken.” Knowing that President Oaks has spoken on this and other issues in many venues for decades, this was a clear signal of the seriousness of his message.

A jurist and legal scholar by training, President Oaks gave a realistic and sobering assessment of the limits of judicial mechanisms for conflict resolution. He argued that the shift away from legislative deliberation and compromise toward decisive court victories for political ends is a trend that leaves its adherents with short-term illusory political successes but longer-term policy failures and a poisoning of democracy. He explained:

Litigation should not be the first recourse in resolving our differences. Courts are constitutionally limited to resolving the specific cases before them. They are ill-suited to the overarching, complex, and comprehensive policy-making that is required in a circumstance like the current conflict between two great values. Notwithstanding my years of working with judicial opinions, I prefer the initial route of legislative law-making on big questions like the ones now before us. … Successful negotiation requires that neither side be unduly influenced by the extreme voices that often drive litigation, especially litigation sponsored by ideological groups. Extreme voices influence popular opinion, but they polarize and sow resentment as they seek to dominate their opponents and achieve absolute victory. Such outcomes are rarely sustainable or even attainable, and they are never preferable to living together in mutual understanding and peace.

Here President Oaks took aim at a delusion that has taken over American partisan politics: the idea that the best possible outcome of political activity is a total defeat of political opposition to an extent that allows for unilateral legislation and partisan court appointments. He explained that this fantasy is not only unrealistic; it’s not desirable. Society benefits from legislative approaches that bring opposing camps into direct dialogue where parties can voice their desires respectfully and in good faith. President Oaks pointed to the Utah Compromise on LGBT+ rights as an example of what is possible when groups embrace this approach.

Sadly, there are few if any examples beyond the Utah Compromise that can serve as models for this increasingly countercultural vision. The good news is that answers to important problems are often simpler than we imagine, but the bad news is that these simple answers are often very deep and fundamental, making them difficult to live out. President Oaks clarified his role in speaking to the public in that setting: “I come to you not as a lawyer with the experiences already mentioned, but as an Apostle of the Lord Jesus Christ, whom many of us worship.” With that authority, he correctly identified that our problems are spiritual in nature:

Obviously, followers of Christ also have a duty to seek harmony. Where there are conflicts, all should seek peace. Far from being a weakness, reconciling adverse positions through respectful negotiation is a virtue. As Jesus taught, “Blessed are the peacemakers: for they shall be called the children of God.” The Apostle Paul followed this by teaching Christians to “follow after the things which make for peace,” and “[i]f it be possible … live peaceably with all men.” Similarly, the Book of Mormon teaches that it is a “peaceable walk with the children of men” that distinguishes a true follower of Jesus Christ.

It is immensely difficult to teach civility and compromise when we as a larger society have a God-shaped hole in our hearts, which we try to fill with politics, activism, and moral grandstanding. In this situation, it is hard for us to see what our real problems are, which are invariably spiritual in nature.  In the time of Isaiah, geopolitical instability led the people of Judah to think that their problem was a lack of alliances with regional powers. In the time of Jeremiah, the people thought their God was problematic as he had been revealed, so they turned to idols and syncretism in an effort to create a God more suitable to their tastes. In both of those ancient contexts and in the present context of President Oaks’ address at the University of Virginia, the prophetic directive has been to turn: turn first to the living God, which then enables us to see His image in our neighbor.

Those willing to heed the prophetic call to turn and see the image of God in our political opponents are likely to be in the minority.

Without that turning, and the love of neighbor that it makes possible, societies spiral downward into contention and violence like we experienced here in Charlottesville in 2017, among rival groups of people who lack a sense of divine identity and are therefore unable to see the divine identity in others. Those willing to heed the prophetic call to turn and see the image of God in our political opponents are likely to be in the minority in the public square; of all ways of living in society, this willingness to turn and see our neighbors as God sees them is the most countercultural.

I cannot do better than to conclude with the closing remarks offered by Professor Kathleen Flake, the Richard Bushman Chair of Mormon Studies at UVA:

It is an honor for him to have come to this place to say these things with the kind of authority he brings. And I hope you will hear his call for change, and that you will find in it the kind of peace that he promises. On behalf of the religious studies department, I would like to make one other comment.  One of the differences in The Church of Jesus Christ of Latter-day Saints is its lay leadership.  And the Lord knows we pay a price for that. All of us who are part of that leadership know that we are learning by experience. But every so often, we get to witness the strength of that leadership, a mind that is trained and crafted by the best that the world has to offer, has devoted his professional life to honing those skills, and then consecrates it to a religious endeavor, and then is refined by the kind of sacrifice—and humbling, one must say—in almost direct contradiction to all the worldly accolades they’ve received. And then you get the kind of wisdom that I think we saw tonight. 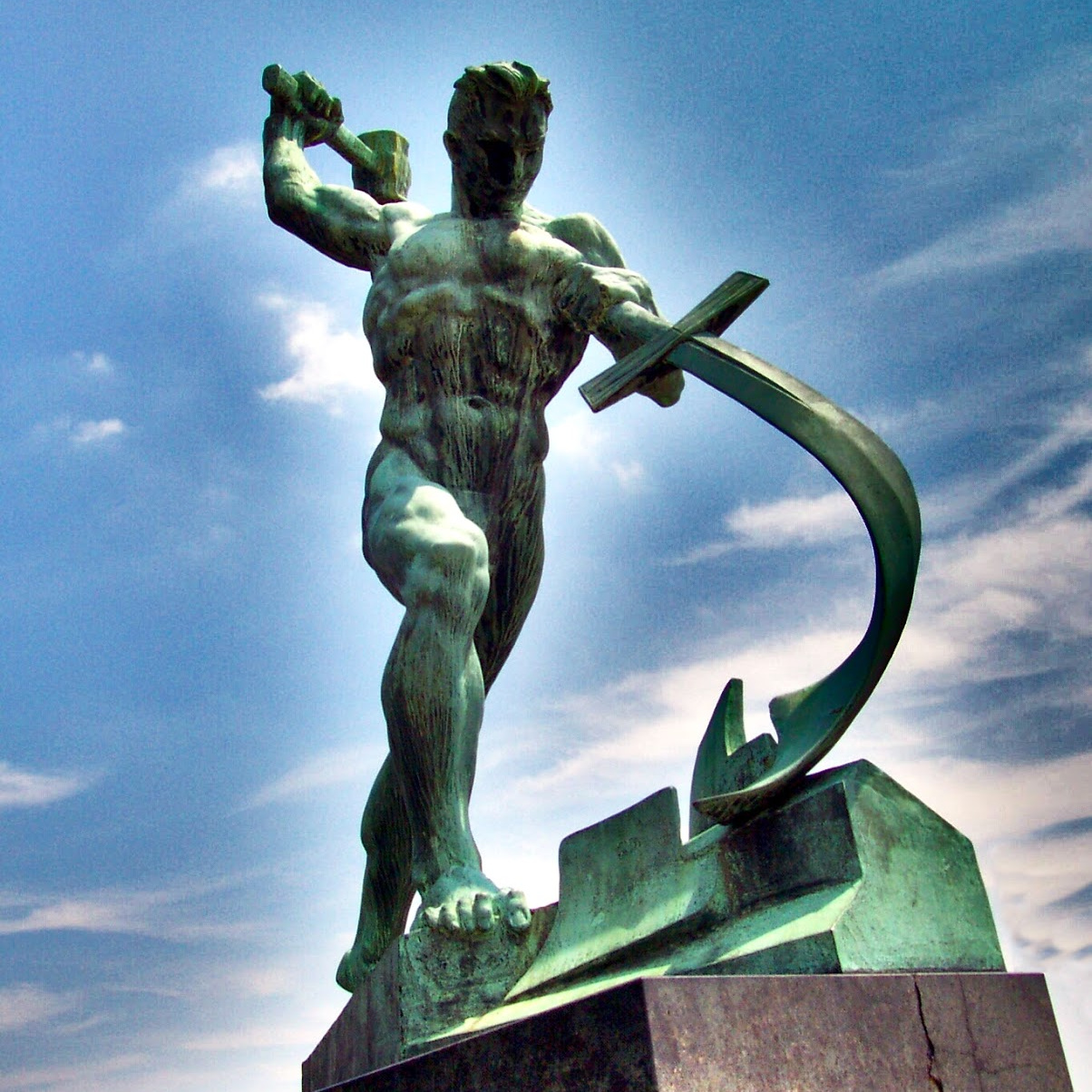 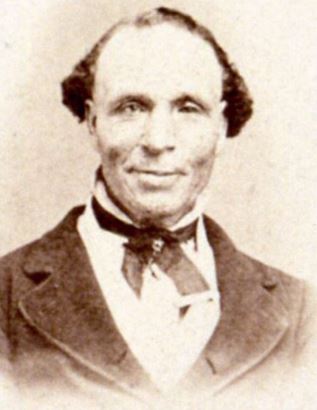