It’s hard to say anything good about COVID’s impact. But I’m about to try.

It’s not an exaggeration to say that throughout history the relative peace and prosperity of the human family has been largely determined by who gets to make the rules that govern politics, economics, and social norms—all of which is informed, of course, by what moral principles are used to guide the making of those rules.

The founding therefore pushed other nations to see themselves as either Golden Rule states or states rooted in something else–nationalism, survivalism, supremacy, etc.

There is also an alternative to the Golden Rule, what I call the Proud Rule, that goes something like this: “He who has the gold makes the rules.”

The Golden Rule has some corollaries such as turn the other cheek, go the extra mile, love your enemies, and lay up your treasures in heaven. The Proud Rule also has some corollaries, such as do unto others before they do unto you, greed is good, good guys finish last, and he who dies with the most toys wins. The first promotes peace and stable prosperity while the second promotes contention and destructive competition.

With few exceptions, rulemaking throughout human history has been dominated by the Proud Rule. Over time, this created grave injustices and inequality, while inhibiting prosperity and growth. But governments leaning toward the Humble Rule—believing in freedom and that all are created equal—have through great effort and sacrifice been able to mitigate or change many of these negatives and improve the condition of humankind.

This process continues even today.

It’s fair to say that societies that live by and are governed by the Golden Rule, or what I call the Humble Rule, create a very different foundation for civil society than those governed by the Proud Rule. If people are not inclined to injure or take advantage of one another, they can be policed less than people who become more inclined to injure and take advantage of one another.

The Humble Rule is winning the multi-generational battle.

Among the many unheralded (and heartening) changes taking place around the world right now, one of the most significant for the human experience may be a quiet movement among more and more people toward the Humble Rule. Yes, there are plenty moving in the opposite direction, but around the world, the Humble Rule is winning the multi-generational battle. And, perhaps counterintuitively, amidst all its painful and deadly effects, the COVID pandemic and the social upheaval around us may actually accelerate some elements of this development.

It’s a truism now to say that the COVID-19 pandemic is disruptive. And we still don’t know its full long-term effects, but it’s already creating entirely new fault lines in the shifting contours of the human experience. Social fault lines have often run along the political left and the political right; or the economically privileged and the disadvantaged; or among different issues around social justice, gender equality, sexual orientation, race, religion, or national origin.

As evident on every issue, there is enormous conflict and competition around the question of who gets to make the rules regarding these points of conflict. This competition; this winner-take-all mentality is the Proud Rule at work.

The expectation in the United States, for example, seems to be that whichever political party wins control of the White House in November will impose their will on the other party with impunity. The contention is escalating to a level where some wonder if the very fabric of civil society could be irreparably damaged. Even so, strangely, the disruption that COVID has imposed on our economics, politics, and social norms is simultaneously bringing together a new group of those who seek the Humble Rule.

Some may strain to imagine a world where the traditional fault lines and fierce competition around economics, politics, or social issues might change or shift. But COVID is teaching a different lesson–it is causing more to bow before the Humble Rule.

We are seeing businesses not as a means to eliminate or destroy industry competitors or to build fortunes at the expense of others but as means to supply basic stability, opportunity, and services; politics isn’t about imposing one will over another but could be about facilitating mutual cooperation, order, and reciprocal pluralism.

COVID has already created this unimaginable reality in professional and especially collegiate level sports. Rivals are less worried about petty slights and competitive grudges and more concerned about preserving the existence of the sport as a human good. Thus, COVID presses us toward more fundamental questions and prompts a humbler approach.

Is the current pattern of bitter verbal and emotional warfare the best way to enhance the human experience, or is there a better way? Although you won’t hear it celebrated in the news, more and more people across the political spectrum seem to be turned off by all the vitriol—and yearning for a better way.

Of course, at the same time all this positive movement happens, there is much of the opposite; increased anger and bitterness, rejecting new kinds of relationships and opportunities for bias-challenging engagement, and focusing on positions that divide more than what can unite.

This is the Proud Rule, and, inevitably, it will increase conflict over time.

The Humble Rule, and those that follow it, however, set up a different code. Indeed, in this emerging world across new fault lines, we might anticipate the Humble group to increase in mutual understanding and unity despite differences even as the followers of the Proud Rule are ever more divided along traditional faultlines.

The Humble Rule will persuade others to their cause not by war or contention, but by demonstrating a different, cooperative way forward. This will, in turn, lead them to increased peace and prosperity. By contrast, it’s not hard to imagine the Proud group increasing in contention and conflict more and more because of their differences. This will, in turn, lead them to greater violence and decline.

The social disruption we see around us is sharpening this divide.

Meanwhile the collective response to COVID has thrust a large percentage of society into a new and unfamiliar “virtual” reality. This is based on breakthroughs in video conferencing and high-speed internet technologies that were only dreamed of a few years ago. Our networks and virtual “neighborhoods” have been changed along with our social interactions and our sources of instruction and entertainment. We are no longer tightly constrained by our immediate environment with its limitations and expectations.

This would bring together people on both the left and right who are seeking to cultivate conditions of lasting and legitimate peace.

COVID may turn out to be what shifts the fault lines away from ideological differences about politics or economics toward new fault lines between those who choose to believe and practice the Humble Rule and those who choose to believe and practice the Proud Rule. If so, those who embrace the Humble Rule would span race, religion, gender, sexual orientation, and socio-economic differences. Rather than left vs. right, this would bring together people on both the left and right who are seeking to cultivate conditions of lasting and legitimate peace. Whatever other trenchant differences continue to exist among these groups would be superseded by a naturally aligning force that is increasingly strong and powerful. That force would be more centrally focused on the underlying principles necessary for healthy pluralism and community rather than particular policy positions that had divided us in the past.

Of course, the jury is still out on whether the fault lines will shift in this way. But COVID is revealing a different kind of divide that’s not economic or political per se, but is between those who are committed to “walk the talk” of the Humble Rule and those who are not. Whether these like-minded, but remarkably diverse individuals, can now scale their numbers and influence to a critical mass able to truly transform the future is yet to be seen. 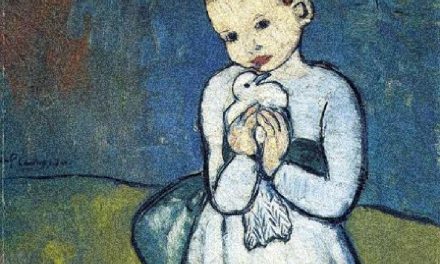 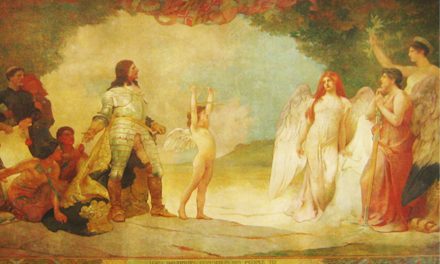 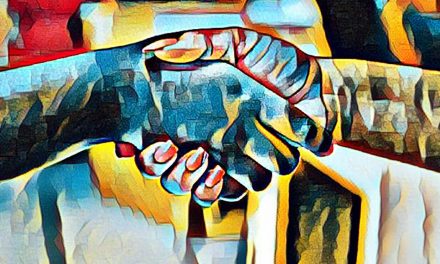