Jacob Hess serves on the board of the National Coalition of Dialogue and Deliberation. He has a Ph.D. in clinical-community psychology from the University of Illinois, Urbana-Champaign.

We’ve tried so hard to decrease depression, anxiety and suicide. And the numbers keep going up. Is it time to consider even more fundamental shifts in our approach?

This fall, I visited one of my best friends, who is currently living in a mental health facility in the Midwest. Mike grew up in a difficult, unstable family situation that would have pushed any precious child into a state of high alert. After seeing his first professional at age 5, he was placed on Ritalin for the next four years—with dosages increasing as the original wore off, to a point that he remembers passing out and starting to have auditory hallucinations for the first time.

This understandably frightened Mike and his family, prompting additional treatment at a young age with antipsychotics, which got titrated up over the years as the lower dosages wore off. Although helping with the delusions, these caused sedation, shakes, and muscle spasms.

I have little doubt that every professional trying to help my dear friend over the years has done their best in offering what they sincerely thought might best help him find healing. I also recognize the temptation to see his case as an “outlier” – an extraordinary and unfortunate example of what has come to be called a “prescription cascade.”

But in important ways, Mike is no outlier.  As I sat with my pale, thin friend in the waiting area, I witnessed a painful reminder of what many others have been discovering in their own uncomfortable ways. Whatever short-term benefits people may have had from conventional treatment support, the long-term picture is not always so ideal.

After a certain point, it’s not always so easy to taper off.  But, maybe that’s okay?

22 different long-term studies suggest caution when considering the long-term trajectory of those who stay on medications for many years.

In Mike’s case, he stares ahead with glassy eyes, and now shakes permanently. His affect is muted except when he expresses rage and anguish over his current forced institutionalization: Am I ever getting out of here?

I can’t give him a straight answer. I speak of how loved he is by so many, including God, and reassure him that one day his dreams of marriage and family can come true, even if that’s only in the next life.

Is that the future Mike’s doctors imagined when they earnestly sought to help him at a young age?

Of course not. And of course, parents envision something more hopeful and positive than chronic, lifelong illness.

And yet, that’s what more and more precious brothers and sisters seem to be experiencing today.

Why? And how is it that our most painful numbers (chronic mental disability, depression, anxiety and suicide) keep expanding when we’ve been working so hard for just the opposite?

Recently,  the Centers for Disease Control and Prevention released updated statistics showing another increase in America’s suicide rate—with 1,171 more people dying in 2018 than the year before. Although that increase is smaller than previous years, it continues a worrisome pattern of expansion over the last few decades.

In 2016, the CDC warned that we had hit a 30-year high in suicide numbers, with subsequent data confirming that rates have increased by 35% since 1999 in every U.S. state except Nevada.

April Foreman, a board member at the American Association of Suicidology, said about these recent numbers, “I was 100% unsurprised”—underscoring her concern that despite similar increases over the last decade, “systems of science and care have remained static.”

Alia Dastagir noted in an accompanying USA Today report a “reticence in the suicide prevention community to admit that some of the most promising interventions may not work on a broad scale and that suicide’s intractability is a sign it’s time to go back to the drawing board.”

In the same article, one suicide survivor who leads inspiring prevention efforts argued that these latest statistics are demonstrating that what “we’ve been doing, all the repeating of the same things over and over, it’s not working.” She went on to argue that if we are to help people more, “that requires a little bit of critical self-reflection on ourselves and on the field.”

How is it that our most painful numbers keep expanding when we’ve been working so hard for just the opposite?

Of course, abundant self-reflection has occurred over recent years by community leaders, parents, and legislatures anguishing over what is happening. Everyone’s doing what they can. And yet, despite all the exploration, the answers which have received the most attention and public funding reflect an expansion of the existing approach—screening more kids, getting more teens into treatment, reducing stigma and other barriers that get in the way of adults embracing treatment.

That is not a reassessment of fundamentals. It’s not going back to the drawing board. It’s doubling down on the essential approach we’ve taken for two decades now.

There are many important questions about which we could be more reflective in this moment, perhaps none more pressing than the unsettling reality that numbers have not gone down and have consistently gone up— even as we have worked so hard to bring them down.

There are two main answers to that question—one you’ve probably heard and one you probably haven’t.

The first: We’ve finally become more honest at the extent and scope of serious mental illness in our country. The fact that we’re seeing higher statistics of depression and anxiety may reflect the fact that we’re just being more upfront and aware about this all.

Thus, some of the increasing numbers (clearly not applicable to suicide numbers) should be embraced as a positive, albeit painful step forward. According to this argument, it’s not a fundamental reassessment that is needed, but a re-commitment to increase and expand efforts to reduce stigma, increase treatment access, screen more kids, etc.

The problem with this argument, as I’ve written about before, is that we’ve done this already—for twenty years. And during this same period, rates of virtually every mental health condition have increased sharply—as has suicide itself.

Nobody wanted that to happen. But inadvertently, in spite of much better intentions, it’s all happened. That brings us to the second explanation for this expanding burden of mental/emotional distress: it’s not only a reflection of growing awareness of the problem—it’s arising from blindspots in the ways we are approaching and responding to these excruciating struggles.

This is what a serious reevaluation and reappraisal would look like: taking seriously this kind of a possibility. Pausing long enough so we can get down on our hands and knees and reexamine everything we’ve been assuming—about the brain, about what’s causing the pain, and about healing itself.

Bigger Shifts on the Horizon

In his famous book, The Structure of Scientific Revolutions, Thomas Kuhn argued that when enough significant anomalies have accrued against a dominant paradigm, it eventually gets thrown into crisis, pressing the scholarly community to produce new theories and creative attempts to explain the anomalies. This involves, as Kuhn put it, a “proliferation of competing articulations, the willingness to try anything, the expression of explicit discontent, the recourse to philosophy and to debate over fundamentals.”

That unfortunately hasn’t been my experience so far in discussions with community leaders and colleagues in the suicide prevention field.

It’s hard to hear serious critiques about efforts to do good in the world. I’ve found that often the people most invested in reducing these numbers seem the most passionately committed to defending the existing paradigm—so much so that they are quick to write off concerns about the existing approach, despite a remarkable amount of evidence warranting the concern.

In turn, these same leaders press forward, investing in an expansion of something that might well worsen the problems further. For instance, legislators in my own state are actively considering putting more funding into “screening programs.” But there is evidence that increased screening efforts among veterans have corresponded to an increase—not decrease—in suicide. And new evidence continues to come out linking antidepressant use with a doubling of risk for suicidality.

The only possible way we can continue investing in these measures is by ignoring the abundant criticism.

An alternative does exist—one that would take courage to embrace: consider fundamental changes.

Kuhn himself suggested that science progresses not just linearly, but in more dramatic transformations he called “paradigm shifts”: “Successive transition from one paradigm to another via revolution is the usual developmental pattern of mature science.”

Is it time for that to happen in mental health today?

Yes. The current paradigm has not led to the results that we have earnestly, desperately sought after. It’s time to face that fact.

This doesn’t mean condemning anyone. Everyone has done the best they can, based on what they know.

But now we know more.

As April Foreman, the board member for the American Association of Suicidology, notes, this is about “upping our game in public health.”

No disease has been eradicated through primary care interventions in the history of public health. It’s always something more comprehensive—a cleaning up of the water, improving food quality, and other broad-based prevention measures.

What would that look like in mental health and emotional wellness?

Researchers at Clark University and University of Washington have argued that we’re living in a “depressogenic society” that gives birth to depression like a petri dish. In what ways can we help families neutralize and counter these surrounding patterns, and build lives that mitigate against emotional distress? Imagine if our systems of care and research were oriented to that!

There are signs of this pivot beginning to happen, with calls for more research into the deeper contributors to these problems. The Foundation for Excellence in Mental Health Care has been funding this kind of research for many years—and they deserve far more attention than they receive.

We’ve got two choices ahead of us: double down on the existing approach (decreasing stigma, expanding access, etc.) or consider another approach entirely.

The good news is that there are many other ways to work through emotional pain and get at the roots of some of what’s contributing to it in the first place. My own home state of Utah has tried some innovative approaches with a new app and community-based prevention in schools, leading to a modest slowing of the numbers.

The organization led by journalist-historian Robert Whitaker, who has led perhaps the most compelling effort to reexamine the foundations of our approach, is launching a new online continuing education series starting this spring: “Innovative Approaches to Working With People Who Are Suicidal.”

I’ve interviewed Mr. Whitaker twice and find him a humble and thoughtful voice.

After spending years exploring alternatives, I’ve joined with a number of colleagues in gathering them together for more public attention—and inviting a fresh conversation together on what more we can do. President M. Russell Ballard has taught that counseling together can unlock “a reservoir of insight and inspiration” and that “[i]f you want to improve something, you’ve got to counsel about it.”

We’re calling this new effort The Council for Sustainable Healing, inviting new attention to ways we can deepen healing and provide more support to families in their own homes.

This won’t be easy. And I get it. Paradigm shifts are not comfortable. They’re potentially disruptive.

But look around: is this really what we want to continue?

If not, we’ve got two choices ahead of us: double down on the existing approach (decreasing stigma, expanding access, etc.) or consider another approach entirely.

I pray we’ll have the humility and courage to consider an alternative. 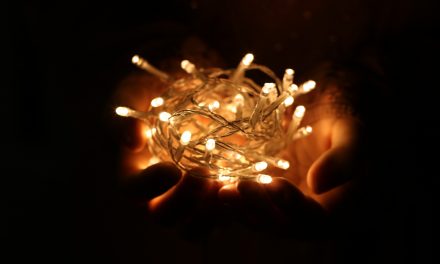 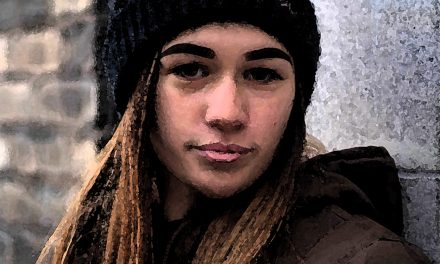 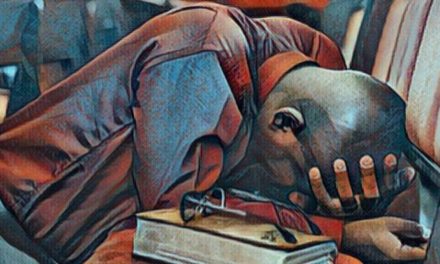 The Sanctity of Suffering