With a new year comes a new focus of study for Latter-day Saints—and an opportunity to think more expansively about what “the Church” is.

The longer our cucumber brains sit in the salt brine of pandemic-induced incubation, the more likely they are to pickle with savory wisdom for the deepest questions of our souls. Or at least one can hope so.

One of those queries for me concerns an inescapable tension that exists in the Christian life. To accept Jesus as Lord is to say all other paths to salvation are invalid. I am the way, the truth, and the life can be as gut-wrenching as it is glorious for the believer who sees an overflowing goodness in the non-Christian world that surrounds him.

As a Latter-day Saint Christian, I experience this same tension, though perhaps at a more intense level. In addition to embracing Jesus as King of Kings, Latter-day Saints believe The Church of Jesus Christ of Latter-day Saints to be, as its most recent proclamation says, “Christ’s New Testament Church restored.”

It is not uncommon for a Latter-day Saint who sees even a little of life outside of his faith community to wonder what this really means. So many seem to live so well without knowing anything about Jesus. And multitudes of Christians who are not part of our church live joyful lives and do tremendous good in the world.

This can feel like the paradox of a lifetime for a Latter-day Saint.

With a new year comes a new focus of study for me and my fellow congregants—and with it an opportunity to think more expansively about what the “Church” is and should be. In 2021, our weekly gospel study has shifted to the Doctrine and Covenants, one of our five canonical books of scripture. Its opening section, given by Joseph Smith in the voice of Jesus Christ in 1831, places center stage the tension of the Church and the broader world.

“Hearken, O ye people of my church,” the text begins (emphasis added). “My church” means Christ’s church. From 1831 to 2021, the concept of “church” for the Latter-day Saints has mostly remained the same. The “church” was first Joseph’s nascent Church of Christ, organized in 1830. The name was changed in 1834 to the Church of the Latter-day Saints to distinguish it from other denominations, and then in 1838, it became the Church of Jesus Christ of Latter Day Saints (now with the standardized capitalization of the definite article “The” and hyphenation of “Latter-day”).

In general reading, we rarely notice the word “the.” But here this tiny article punches far above its three-letter weight. The opening section later tells us that the young Church of Christ of 1831 is the “only true and living church upon the face of the whole earth, with which, I, the Lord, am well pleased.” In one sentence, the authority and efficacy of all other faith communities seem to be called into question.

For a child of the Western world, for whom inclusivity, pluralism, and ecumenism are cherished ideals, this can feel like a theological straitjacket.

For many years, I have wondered whether this language is as exclusive as it appears. Philip Barlow has shown how Joseph Smith’s use of “true and living” in other contexts, combined with his more magnanimous comments about other faiths later in his life, hints at wider possibilities.

“True and living,” it turns out, is a phrase that goes back several hundred years. Joseph once used it in a letter to his wife Emma, calling himself her “one true and living friend on Earth.”

“By referring to one true and living friend, did Joseph insinuate that Emma had no others?” Barlow asks. Furthermore, does the prophet’s use of “the only true and living church” in Section 1 “imply that all other churches are false or dead or both?” It shouldn’t, at least not for one who has engaged face to face with followers of other faiths and carefully studied their teachings. As the late Rabbi Jonathan Sacks once wrote of Jews, so we could say for Latter-day Saints: From time to time “we are brought face to face with the fact that others may sometimes respond to the word of God better than we do.”

What Is the Church of the Lamb of God?

I agree with President Oaks. But I also wonder—can we apply the same logic to the meaning of “church of the Lamb of God”? Can the true Church of Jesus Christ in some sense be more widely defined as those of various faith communities and organizations who promote belief in God?

A church, at its most fundamental level, it is a movement of people committed to the causes of God.

Statements by Latter-day Saint leaders at the October 2020 general conference do not go that far, but they do display more welcoming ways of thinking about people of faith generally.

Noting a Pew Research Center study that shows a worrisome decline in Christian belief in the United States, Elder Neil L. Andersen, an apostle, posed this question and answer: “If the world is going to speak less of [Jesus], who is going to speak more of Him? We are! Along with other devoted Christians!”

And President Russell M. Nelson, the chief prophet and leader of Latter-day Saints everywhere, introduced the phrase “let God prevail” into our faith’s vernacular. This phrase, he said, is one of the Hebraic meanings of “Israel.”

“The Lord is gathering those who will choose to let God be the most important influence in their lives,” the prophet said. “Imagine how our prayers for our missionaries—and for our own efforts to gather Israel—could change with this concept in mind. We often pray that we and the missionaries will be led to those who are prepared to receive the truths of the restored gospel of Jesus Christ. I wonder, to whom will we be led when we plead to find those who are willing to let God prevail in their lives?”

This subtle shift in emphasis from finding people who will embrace the Church to those who are more broadly seeking God should not go unnoticed by Latter-day Saints. The novel coronavirus is teaching us that a church, at its most fundamental level, is not so much an organization, bureaucracy, or building as it is a movement of people committed to the causes of God.

The Burden of Being a “Chosen Generation”

To believe you belong to the Church of Christ can be a mixed blessing. If you follow the Christ, you want to get as close to Him as you can. Joining yourself to something that claims to be His church is a natural way to do that. On the other hand, Latter-day Saint leaders, borrowing language from the New Testament, frequently tell youth they are a “chosen generation.” I heard this phrase repeatedly while growing up, and youth today continue to hear it. There is no question that we all need to know and feel that we matter, that we are special, that we each have a unique mark to make on this world. But a possible unintended consequence of frequently telling someone how great they are is that such talk can intoxicate the soul with feelings of spiritual superiority over those who have not joined the flock and who are thus perhaps less chosen than we are.

Maybe this is why the text of Section 1 of the Doctrine and Covenants so quickly, within the first few verses, turns the gaze of members of Christ’s church outward. The Lord says His “eyes are upon all men” and His “voice is unto all men” (emphasis added). He also tells us that “the voice of warning shall be unto all people.”

Latter-day Saints have self-criticism written into the very fabric of their own faith.

As I read those words, I can imagine Jesus saying to me, in the gentlest of ways, “Yes, I love you. And, yes, you are part of my church, which exists to do glorious things in this world. But please think less of how special and privileged you are and more of how you can bless your neighbor. You absolutely have something to offer them. But never forget that they have much to teach you as well.”

Latter-day Saints have self-criticism written into the very fabric of their own faith. “It is somewhat surprising that “Mormonism”—generally regarded as an optimistic, forward-looking faith—has as its foundational scripture such an unrelenting record of human folly and ruin,” writes scholar Grant Hardy. Indeed, the Book of Mormon tells the story of the complete collapse and annihilation of a people known as Nephites. The prophet Moroni, whose own eyes beheld his people’s tragic end, pleads with future readers to “condemn me not because of mine imperfection.” Instead, he asks, “give thanks unto God that he hath made manifest unto you our imperfections, that ye may learn to be more wise than we have been.”

Walking Together Toward Truth

I am not sure I will ever match Moroni for wisdom. But as 2021 begins, wisdom is what I seek. I do not anticipate a complete or imminent resolution to my questions about what it means to be “the only true and living church.” I will continue to accept this truth claim on faith while longing for a day when Catholics, Protestants, Latter-day Saints, and every other kind of Christian—and every other believer in God—will mean the same thing when they say “the Church.”

In the meantime, let us apply the following wisdom of Lesslie Newbigin (1909–1998), a former British missionary and ecumenical ambassador (the italics are mine).

“When Christians affirm, as they do, that Jesus is the way, the true and living way by whom we come to the Father, they are not claiming to know everything,” Newbigin wrote. “They are claiming to be on the way, and inviting others to join them as they press forward toward the fullness of the truth, toward the day when we shall know as we have been known” (The Gospel in a Pluralist Society, 1989). 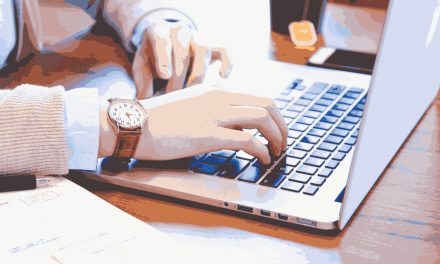 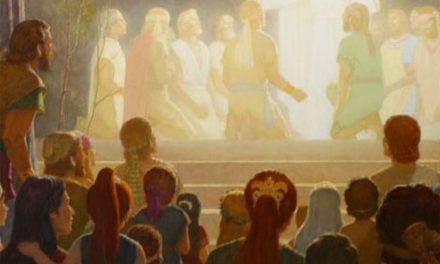 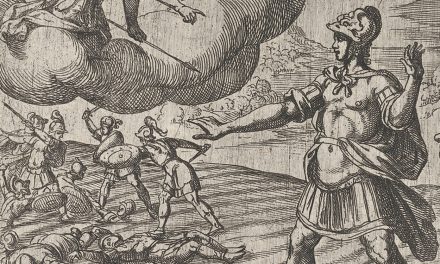