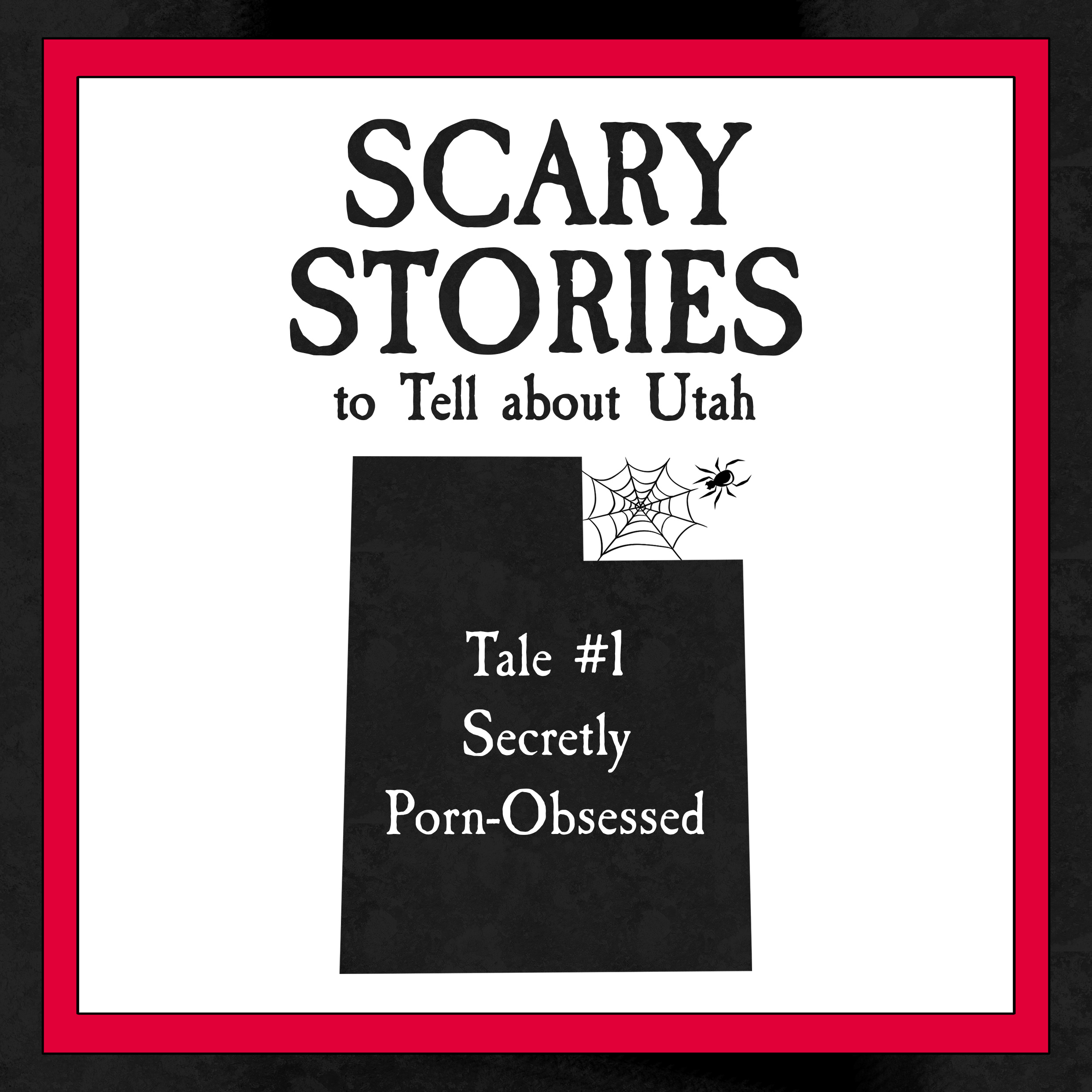 Are Utahns Uniquely Drawn to Pornography?

Part of a series on myths about Utah used to discredit Latter-day Saints. Other articles in the series include: Do Utahns Struggle With Body Image More Than Others?, Are Religious LGBT Youth in Utah More (or Less) Prone to Suicidality?, Are Utahns More Depressed than Everyone Else?

People love to say things about Utah, don’t they? As a proxy punching bag for The Church of Jesus Christ of Latter-day Saints, it’s remarkable how robust and long a life some Tall (and Terrifying) Tales about the state enjoy.

For instance, there’s that story about Utahns being more depressed than everyone else—or LGBT+ identifying youth in the state being more likely to experience suicidal ideation—in each case presumably due to teachings about covenants, sexuality, and identity. Other stories seem to take on added popularity every year—about, for instance, Utah women having a peculiar affinity for plastic surgery (and associated poor body image), and Utah men having an equally singular predilection to pornography (all of which, as the story goes, is made worse by ongoing encouragement towards moral purity and relishing our identity as sons and daughters of a living God).

This week, we’ve decided to commemorate our Scariest Holiday by spending some time diving deeper into each of these Scary Stories, starting with some popular local mythologies about pornography that just don’t seem to die. In none of these forays, of course, are we denying the seriousness of these problems—in Utah and beyond. The first step in knowing what to do about a problem, though, is getting clear on its true scope and nature—trying our best to see “things as they really are.” No one is served by inflated, deformed, and exaggerated accounts of what’s going on—certainly not the people in Utah, and not even those who seem to revel in any added bit of “evidence” that feeds and keeps alive their own dark view of the state’s dominant faith.

I had the good pleasure of knowing personally the nation’s foremost expert in pornography research, Gary Wilson. Drawing on the fruits of his life’s work, we take up in what follows the most popular pillars of the Scary Story (about Sex) some people still love to tell about Utah—highlighting how deeply at odds both elements are with consensus conclusions of the research literature itself.  We begin exploring the fashionable hand-wringing over “fear-mongering” and shaming supposedly rampant throughout the state.

Misrepresenting the science of pornography. In a Salt Lake Tribune feature on pornography recently, a young man was interviewed as suggesting the Church had made things “harder for people” by its “harmful teachings about sex”—which he claimed had “really messed with my life.”

What was harmful about teachings this man had grown up being exposed to in the Church of Jesus Christ?  Warnings about the addictive nature of pornography itself are highlighted in the article as being potentially damaging. With credit to Tribune reporter Kaitlyn Bancroft for attempting to represent a spectrum of views in her piece, the article relies centrally on one mental health professional, in particular, to represent a more “scientific” position on pornography.

Latter-day Saint clinical psychologist Cameron Staley was quoted as arguing that the label of addiction “isn’t clinical or scientific when applied to a person’s pornography viewing.” Remarkably, Staley claimed that—in contrast with the substance abuse literature—the body did not change in any substantial way from seeing sexual images: “What’s different about viewing sexual images,” he suggested, “is you’re not really ingesting anything in your body that would change neural transmission or how you would metabolize anything.”

Hmmm. It’s certainly fair to point out meaningful differences in how people understand the word “addiction”—and to be sensitive about how we use it. Staley and others are not wrong to raise concern with how some can over-identify with addiction in a way that eschews responsibility. And they are equally right to call for more attention to the broad array of life burdens (trauma, grief, isolation, sorrow, anxiety, health problems) that can make someone more drawn to anything to make the pain stop.

All this is wise to consider. But none of them are contradictory on either a conceptual or practical level to the reality of compulsive-addiction patterns where someone’s freedom can become severely limited for a time (at least in a certain area). As the Fortify training emphasizes, even for someone struggling to stay away from pornography, there is a lot they can still choose. Research has confirmed that small and large adjustments in lifestyle can, over time, help grow someone’s  sense of control and power to resist and overcome compulsive-addictive patterns. For instance, simple improvements in stress reduction, mindfulness training, deeper spiritual connection, better sleep, and physical activity, can all help grow “willpower” over time.

And the reality is that for many, acknowledging a real limitation in agency is the first step needed to take seriously the needed adjustments of heart, mind, and life, that allow them to finally move out of the morass. That’s what the 12-steps do so well.

The larger consensus of the literature is clear: rather than a seeming contrast with the substance abuse literature, pornography research mirrors it. This is not a controversial statement—not according to these many brain researchers OR to some of the top researchers in the world who authored 32 recent literature reviews & commentaries all of which support the idea that pornography is addictive (Many of these same experts, by the way, have robustly critiqued outlier studies by Dr. Staley and others that claim otherwise).

In the same moment, let’s thank heaven there are still some institutions and leaders raising a warning cry— the Church of Jesus Christ among them. (Certainly, we can all do so while better ministering with love to those seeking deeper freedom from the same).

If critics of Latter-day Saint teachings would like to continue promoting the idea that a conservative sexual culture has backfired on itself, then they will have to confront a less convenient set of data.

You’ve likely heard that too—maybe more than once. But is it true?

I wondered about the same awhile back, until this same agnostic researcher, Gary Wilson, pointed out how dubious this oft-repeated claim is. With credit to his own analysis from which much of this is adapted and another deep dive from economist Tom Stringham, let’s review below what you need to know about this well-worn trope.

There’s a lot to be said about this study and its significant complexities (see notes at the bottom), but of even greater interest here is how little critical scrutiny the study has received over the last decade. Instead, as Tom Stringham notes historically:

One reason this study achieved such infamy is how well it appears to reinforce the idea that religious people are actually deeply hypocritical—hiding their own sexual obsession right underneath their sermonizing about the sacredness of sex.

That would be quite a story if it were generally true. (It is true, of course, in too many instances). But once again, something very inconvenient is not being acknowledged here: that when we zoom out from this single study, there are 23 other studies that tell the opposite story—namely, that religious people are substantially less likely to use pornography than non-religious folks. That is the conclusion of every single one of these studies hyperlinked below, in order of publication date:

Overall, Stringham’s broader summary has stood the test of time:

That’s precisely what further research and analysis have continued to prove. You wouldn’t know it by hearing from certain experts—but that doesn’t make it any less true.

Religious people are substantially less likely to use pornography than non-religious folks.

Do Utahns struggle with pornography?  You bet they do. Big time—much like people everywhere.

But in comparison to the rest of the country, Utahns tend to take this problem very seriously, and are doing a lot about it—both preventatively and when people need help to find freedom. That’s undoubtedly a reason people in this state enjoy relatively more freedom from this issue than most—in large part thanks to the ennobling influence of faith permeating our climate.

That’s something to celebrate—and a (true) story to share far and wide to benefit the many others still seeking deeper freedom from the corrosive effects of pornography use in their lives and family. (You can do it! Step by step, moment by moment. Don’t give up!)

Simply put:  Life is better without pornography. And Utahns know that better than most.

I. None of the foregoing suggests that scientific knowledge is a simple “disclosing” of reality—with individual and collective interpretation relevant from top to bottom, from study conceptualization, to data generation, to analysis and public presentation (see “The Fantasy Story Americans Love to Tell about Science“). What is summarized above is rightly considered the interpretations best warranted by the available data—as concluded by the community of relevant scientific opinion.

As reflected above, it’s likely not. Subscriptions are also not as direct a metric as pageviews when measuring consumption.

It’s also relevant to remind people that Utah is hardly a monolithically Latter-day Saint state anymore—with less than 60% of the state identifying with the faith (and a substantial number of those not active).

This visual from the 2015 peer-reviewed paper cited earlier demonstrates how the study above remains an outlier among other reviews. 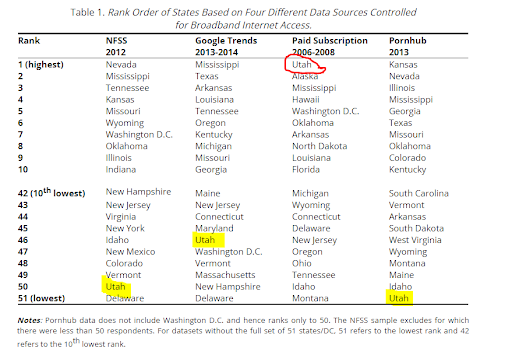 Referring to this outlier 2009 study, the authors of that 2015 review conclude: 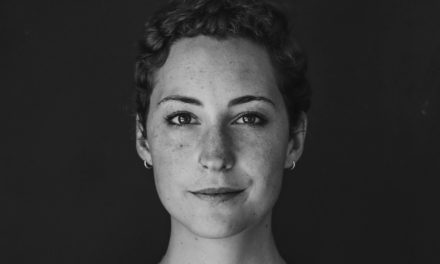 Patterns in Stories of Lasting Healing from Depression 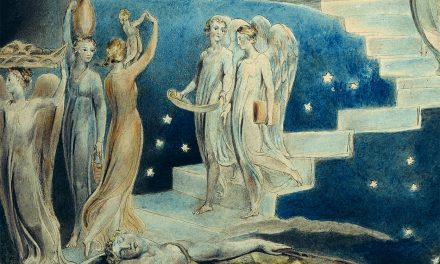 Certainty is a Counterfeit Salvation 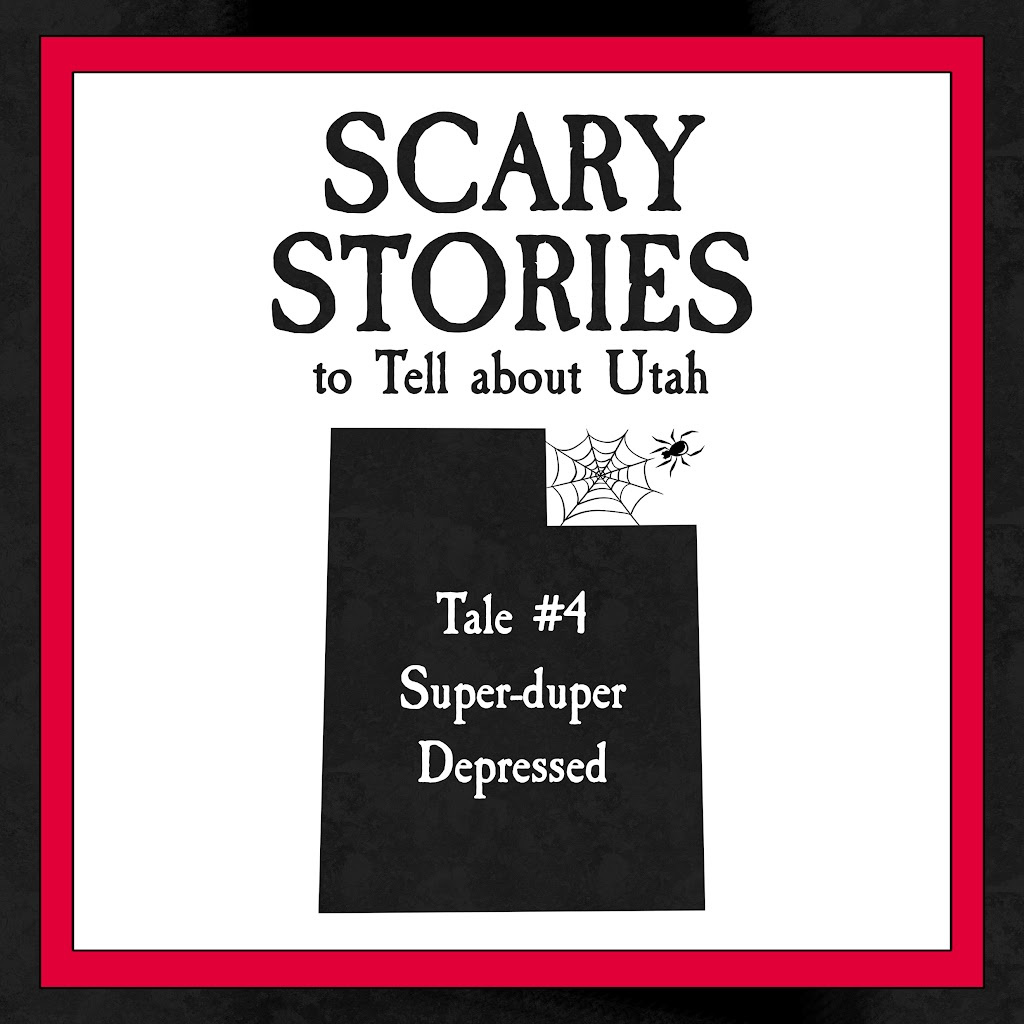 Are Utahns More Depressed Than Everyone Else?