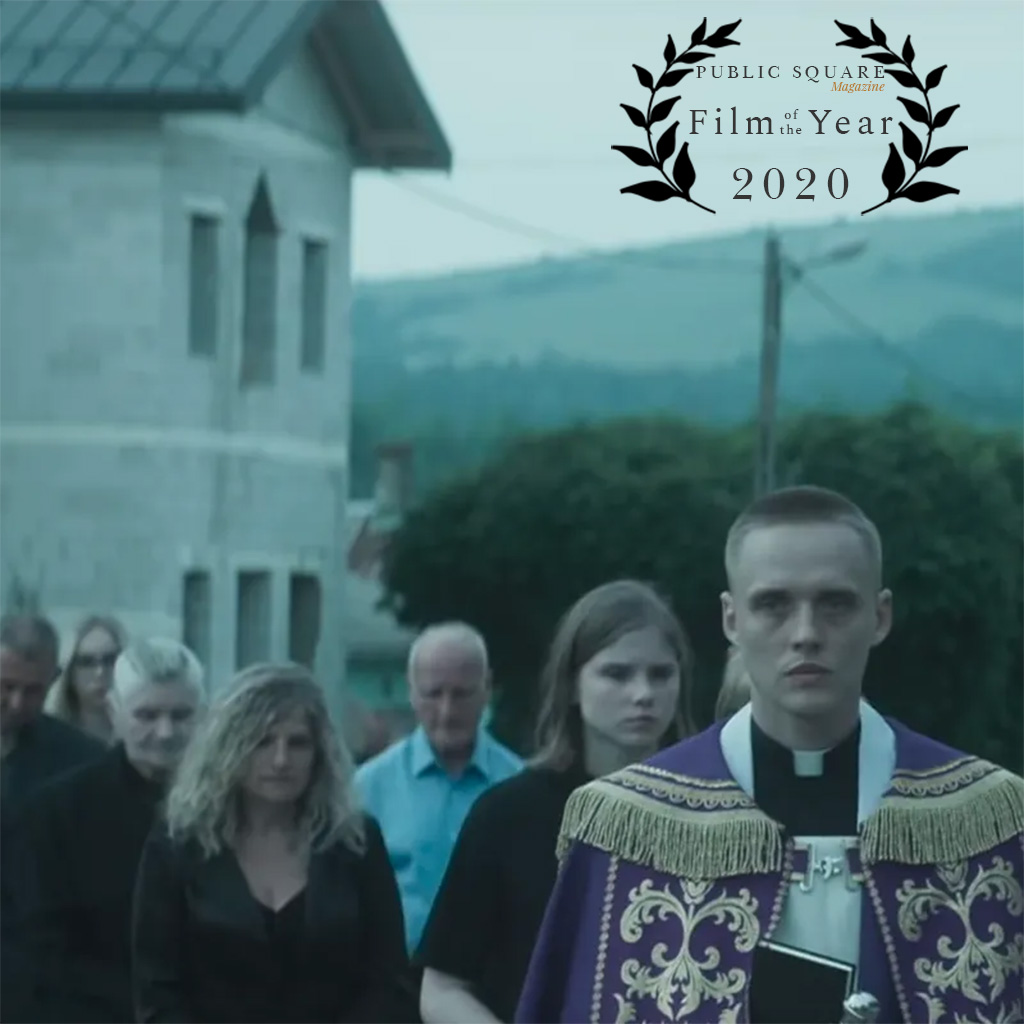 Public Square Magazine is proud to announce its first film of the year to honor thoughtful, authentic depictions of faith, spirituality, and religion in film: Corpus Christi

In the midst of the heyday of Latter-day Saint cinema came the amusing (if underwhelming) film “Suits on the Loose.”

The film follows two juvenile delinquents who steal the car and clothes of two missionaries and get drawn into their lives. A series of hijinks ensue, but the kindness of the local Latter-day Saints end up turning the pair around before the film’s happy conclusion.

We mention this film to introduce Public Square’s first annual film of the year: “Corpus Christi.”

“Corpus Christi,” which was nominated for a 2020 Academy Award for Best International Film, was released in the United States in February of 2020 and is now available to rent.

The film comes from Poland and is shot with unusual skill—capturing both the claustrophobia and freedom which makes up the film’s themes. There, ex-convict Daniel has a spiritual awakening in prison and wants to join the clergy. His criminal conviction prevents him, so instead, he simply starts to pretend.

A local priest, anxious for a reprieve, is more than happy to believe that Daniel is a priest and gives him temporary charge of the parish.

Like “Suits on the Loose,” this set up sounds rife for comedy. But director Jan Komasa had much larger ambitions in mind.

It turns out that the town Daniel arrives in is in the middle of some kind of religious turmoil. A recent car crash has killed many of the town’s teenagers, and the townspeople want to prevent the driver of the other vehicle from being interred in the same cemetery.

Again, it would be easy to imagine a film where Daniel finds redemption from his own misdeeds that landed him in prison by helping the townspeople forgive. But again “Corpus Christi” is not interested in such simple answers.

The film relies on the impressive performance of Bartosz Bielenia as Daniel, who is able to evoke a character not only engaging in several layers of deception even while struggling with each one.

Daniel questions what moral authority he can have when he is engaged in such deception. And as the town’s mayor offers the locals answers more to their liking than their stand-in priest, we are forced to grapple with the ever-weakening role of religious authority in our society today and how we can use that to deceive ourselves to our own detriment.

“Corpus Christi” refers to a festival in commemoration of the Eucharist, or the sacrament of the Lord’s supper—a religious ritual we turn to in order to try and find redemption. The film that borrows the name seems to be asking whether or not it works.

Just like authentic faith, “Corpus Christi” ultimately offers no simple morals or easy lessons. But it points toward the enduring, if complicated, relationship we have with faith and seeking to find meaning in our lives.

It’s unfortunate that the film hasn’t received as wide of an audience as it deserves, coming from the majority-Catholic Poland, it has a unique insight into the nature of religious authority and belief. But of course, this is accompanied by the limitation of being entirely in Polish.

Christy Lemire, the former film reviewer for the Associated Press, wrote, “It’s easy to imagine that an English-language remake of this film would probably be a wacky, fast-paced comic farce about a charismatic con artist constantly on the verge of getting caught.” “Suits on the Loose” certainly proves her prediction true. But “Corpus Christi” suggests that underneath this farce lies a real uncertainty about who we are.

The Public Square film of the year seeks to honor achievement in depictions of thoughtful, authentic spirituality, faith, and religion in film. We are proud to recognize “Corpus Christi” as our 2020 winner.

When Kathy’s hoarder sister dies, she is tasked with sorting through her belongings. As she begins to untangle a complicated relationship with her sister and the next stage of her life, her sensitive son, Cody, befriends the next-door neighbor, Del, played by Brian Dennehy in rare form (and his final performance before his passing this year).

Del, Kathy, and Cody form an unlikely friendship that touches on the heart of who they are and who they want to be. The film makes the unlikely choice for the characters to have strong religious beliefs without religious affiliation. But those beliefs prove to give the characters hope. Director Andrew Ahn said he hoped the film would be a balm. He succeeded.

Content advisory: Profanity, cigarette use, children’s alcohol use joked about.

This Portuguese film closely follows the title character as she arrives just days after her estranged husband passes away.

The movie inches forward at a glacial pace, every shot a tableau-like study in light and shadow. Vitalina processes the poverty her husband lived in, tries to manage his few remaining effects and crumbling home, and the conflicting stories she learns about her husband’s twenty-five years away from her.

She eventually reunites with a priest who knew them when they were together. And Vitalina discovers that he is wrestling with demons of his own. Together they achingly seek grace and redemption, in part, by helping each other find the same.

But in the end, the film is all about the light. Why it leaves, how dependent it is on the dark to have meaning, and how we can each find it.

Almost certainly the most-watched film of any on this list, several times over, “Soul” shows its large audience how a belief-based worldview that includes a pre-existence and the existence of the titular soul can infuse the small moments of our life with meaning.

While the film certainly takes on intriguing (and uniquely Latter-day Saint) theological ideas, its power comes in the way its characters find meaning in relationships and selflessness.

Nominee: The Sound of Metal

“The Sound of Metal” follows Ruben, a heavy metal musician, as he seeks to get his life back on track when he loses his hearing and relapses into drugs.

Ruben is explicitly irreligious, but his journey takes him into a deaf Christian ministry. The film finds its authentic religion in Joe, the ministry director. Joe is never shy about his faith, but aeffects long-lasting change in Ruben not by what he teaches, but in how he lives and finds God in the stillness.

“Fatima”—When three children see a vision of the Virgin Mary it sets off very opposinged reactions in their communities among both church and government officials. Content advisory: War violence

“The Half of It”—At first glance, you could mistake “The Half of It” as another of Netflix’s teenage rom coms, and while its conclusions may be no more mature than its protagonists, the path is honest, including perhaps the most spiritually astute conversation in this year’s cinema. Content advisory: References to under-age and same-sex sex, some profanity, under-age alcohol use 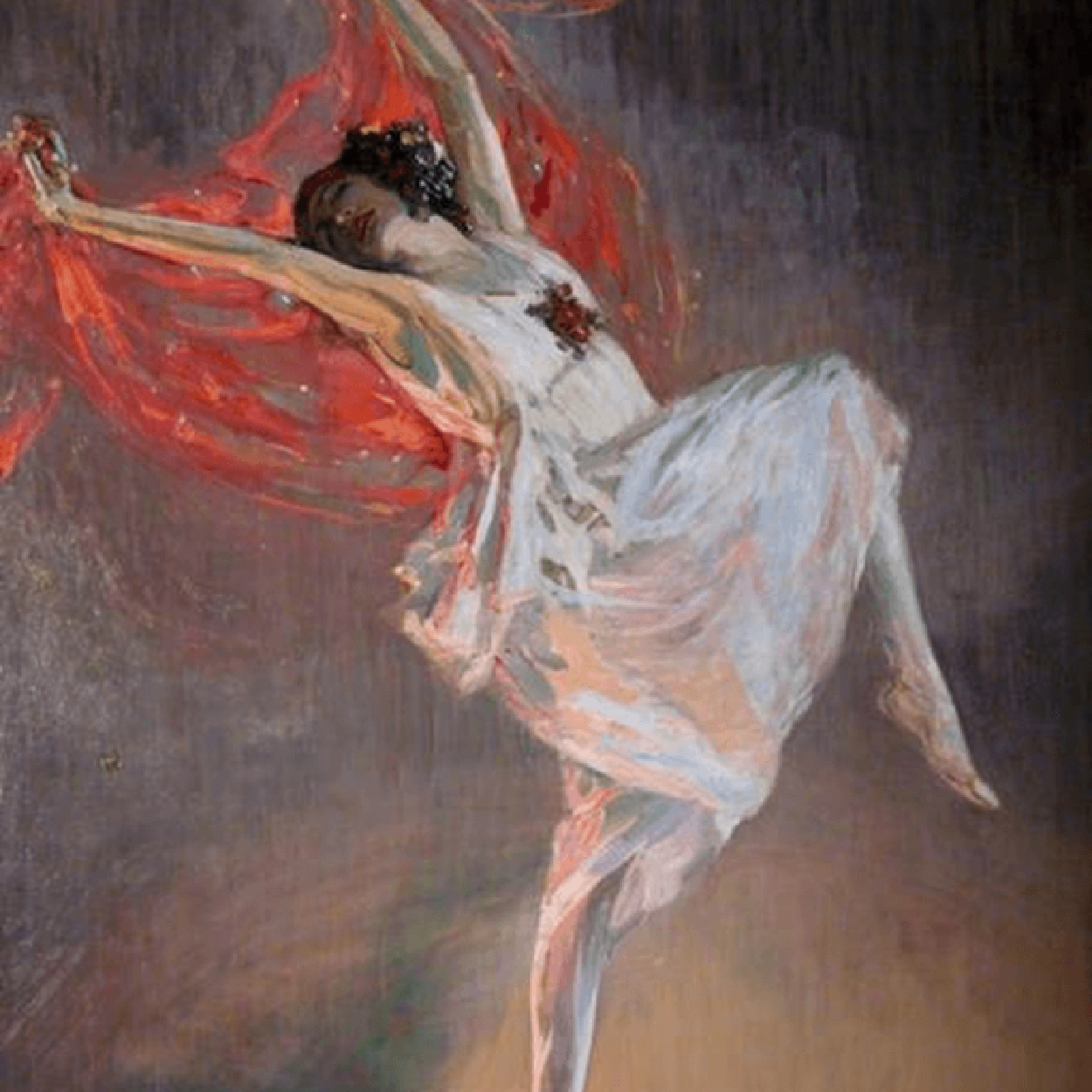 Bites of the Best Books: September 2020