Public Square Magazine is founded on the proposition that civic spaces of substance are worth building and preserving. We, therefore, seek to convene, encourage, and support voices of conscience and conviction in speaking to a broad audience. We publish persuasive, honest, engaging, and research-based work that contributes to a more productive public discourse. 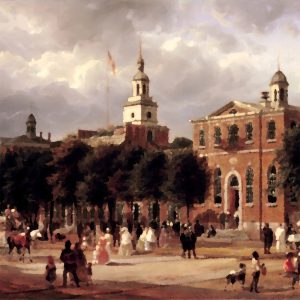 While we are concerned with politics we are not political. Although we care deeply about culture, we are not beholden to it.

Our background as members of The Church of Jesus Christ of Latter-day Saints informs the publication’s editorial focus and values, and it inspires us to draw a large enough circle to include voices of goodwill from numerous faith traditions and moral perspectives.

We believe in the power of dialogue to foster understanding, and we are resolved to catalyze and curate meaningful exchanges aimed toward the highest good.

Public Square Magazine is a joint project sponsored by the Elizabeth McCune Institute and the John A. Widtsoe Foundation.

The Elizabeth McCune Institute is committed to the study of faith in the public square. It is led by Lynn Chapman, who holds a Ph.D. in public policy from George Mason University. He serves as the president of NVS, LLC and has served in private, public and non-profit organizations including: as an interim editor for Deseret News; on the MWAA board in Washington, D.C.; and as vice-chair of the board of trustees of Southern Virginia University.

The John A. Widtsoe Foundation is a Latter-day Saints study program at the University of Southern California. It focuses on how the Church and its members engage in the modern world. They are endowing the John A. Widtsoe Chair of Latter-day Saint Studies, and they serve as the center for visiting scholars, graduate students, interfaith initiatives, and scholarly symposia at USC.