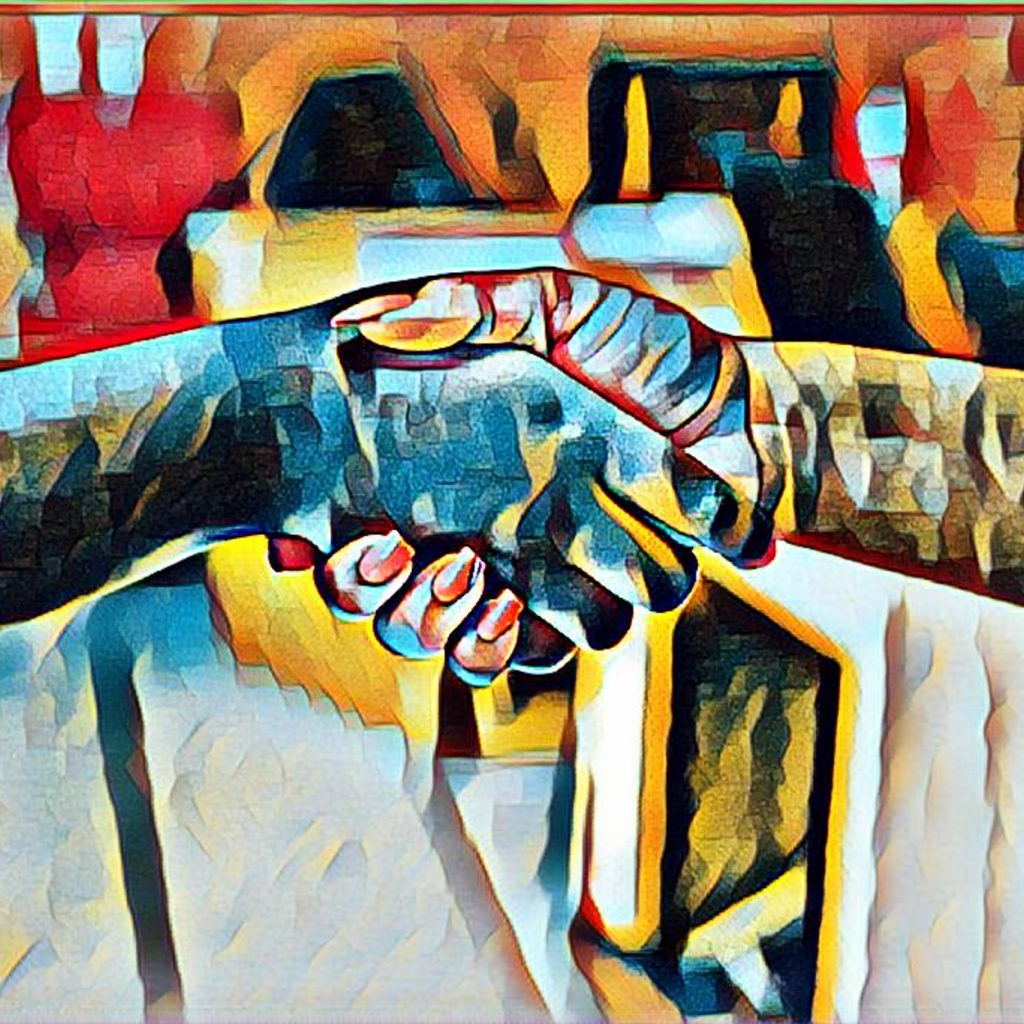 Tolerance must have its limits, but what should those limits be? Thinkers on the right and left have come to very different conclusions.

This is the second in a series of articles by Gregory L Smith exploring tolerance in contemporary life. You can read the first, "A Tale of Two Tolerances"

While tolerance is an important ethic in our modern political discourse, no one really believes it has universal application (“everything should be tolerated”).  Most people acknowledge some sensible limits need to be in place.  If that’s true, what should those limits be?

Two writers from the political left, Jonathan Haidt and Greg Lukianoff, have pointed out that some theorists have been very clear that those “with power” (however defined) in society are less entitled to tolerance than those “without power.” They discuss Marxist philosopher and sociologist Herbert Marcuse’s 1965 essay “Repressive Tolerance” (surely an Orwellian title if there ever was one):

They point out how Marcuse recognized that what he was proposing “seemed to violate both the spirit of democracy and the liberal tradition of nondiscrimination,” but he underscored that when a large part of society is being repressed, it is justifiable to use “repression and indoctrination” to allow the “subversive majority” to achieve the power that it deserves.

In what they call a “chilling passage that foreshadows events on some campuses today,” Marcuse argued that true democracy might ultimately require denying basic rights to people who advocate for conservative causes, or for policies he viewed as aggressive or discriminatory, and that true freedom of thought might require professors to indoctrinate their students:

The ways should not be blocked [by] which a subversive majority could develop, and if they are blocked by organized repression and indoctrination, their reopening may require apparently undemocratic means. They would include the withdrawal of toleration of speech and assembly from groups and movements which promote aggressive policies, armament, chauvinism, discrimination on the grounds of race and religion, or which oppose the extension of public services, social security, medical care, etc. Moreover, the restoration of freedom of thought may necessitate new and rigid restrictions on teachings and practices in the educational institutions which, by their very methods and concepts, serve to enclose the mind within the established universe of discourse and behavior.

In sum, the “end goal of a Marcusean revolution is not equality but a reversal of power” – as Marcuse himself offered this vision in 1965:

A call for tolerance, then, is not necessarily benign—we must be wise enough to see how a given advocate’s implementation of tolerance is to play out before we can judge either its sincerity or its legitimacy. (And one might well ask who gets to determine when the “balance of power” has shifted, such that the old oppressors are now the oppressed. If history teaches us anything, it’s that the new wielders of control over “the established universe of discourse and behavior” will likely not be benign despots, as Marcuse’s blunt agenda makes clear.)

While calls for a limited tolerance that forbid certain ideas or people from being expressed can be problematic, that doesn’t necessarily mean that tolerance should be extended in all cases.

President Boyd K. Packer, leader in the Church of Jesus Christ of Latter-day Saints, wrote a great deal about tolerance. I think he summarizes the issue brilliantly and simply:

The word tolerance is also invoked as though it overrules everything else. Tolerance may be a virtue, but it is not the commanding one. There is a difference between what one is and what one does. What one is may deserve unlimited tolerance; what one does, only a measured amount. A virtue when pressed to the extreme may turn into a vice. Unreasonable devotion to an ideal, without considering the practical application of it, can ruin the ideal itself.

In the same vein, President Russell M. Nelson cautioned, “An erroneous assumption could be made that if a little of something is good, a lot must be better. Not so! Overdoses of needed medication can be toxic. Boundless mercy could oppose justice. So tolerance, without limit, could lead to spineless permissiveness.”

Contrary to popular belief, “Christian behavior” does not mean never offending anyone or causing them any distress. (Whatever one thinks of Jesus, it must be conceded that He spent a lot of time with people offended by what He said and did.) President Oaks observed that children who desire to commit serious sin—such as living together without being married—raise serious questions for the parents:

If an adult child is living in cohabitation, does the seriousness of sexual relations outside the bonds of marriage require that this child feel the full weight of family disapproval by being excluded from any family contacts, or does parental love require that the fact of cohabitation be ignored? I have seen both of these extremes, and I believe that both are inappropriate.

Where do parents draw the line? That is a matter for parental wisdom, guided by the inspiration of the Lord.

He notes, however, that our dedication to the truth—which must be our highest allegiance—may cause some difficulties with the wayward person:

Wherever the line is drawn between the power of love and the force of law, the breaking of commandments is certain to impact loving family relationships. Jesus taught:

“Suppose ye that I am come to give peace on earth? I tell you, Nay; but rather division:

“For from henceforth there shall be five in one house divided, three against two, and two against three.

This sobering teaching reminds us that when family members are not united in striving to keep the commandments of God, there will be divisions (perhaps even inescapably so). We can and should be proactive about avoiding impairing loving relationships, but sometimes it happens after all we can do.

In the midst of such stress, we must endure the reality that the straying of our loved ones will detract from our happiness, but it should not detract from our love for one another or our patient efforts to be united in understanding God’s love and God’s laws.

Thus, while we must be kind and not seek to give unintentional or unnecessary offense, we ought to consider that Jesus and the prophets did not and do not spend a lot of time making sure that no one is troubled by their words. Sometimes, if no one is at all uncomfortable, it means we are not adequately standing as witnesses of God and Christ “at all times and in all things, and in all places that ye may be in, even unto death” (Mosiah 18:9). As President Packer observed:

I had the privilege of teaching an institute class for the students at Harvard University. These students finally discovered that when they had a conversation on the gospel and came away having irritated or agitated or discomforted somebody, they probably had accomplished a good deal more than if everybody had agreed with them. And considering the frame of mind of many with whom they conversed, if the Latter-day Saint agreed with all they said that was some indication that he was wrong.

In the spirit of this counsel, then, do not say, “You are wrong to live in a same-sex relationship.” That’s attacking the person, and in any case bypasses the core of the disagreement. Instead, say for example, “Same-sex behavior is forbidden by ancient and modern prophets. I know that it will not bring lasting happiness, and it would be wrong of me to encourage it. People can choose for themselves, but I will not endorse or enable something I believe to be wrong. Why would you ask me to betray my principles and promises to God?”

Ultimately, I think, our approach should be to not focus on critiquing people, but instead principles and doctrines. If we limit the kinds of people that we extend tolerance toward, the principle is meaningless. But if we tolerate all behaviors, we surrender the ability to live by our faith and make meaningful improvements in our communities. 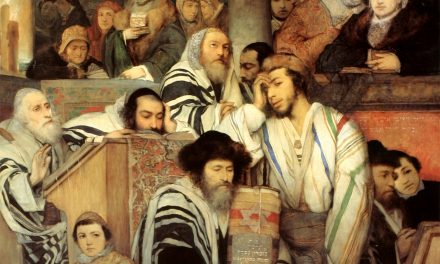 Are There Good Reasons to Opt Out of the BLM Movement? 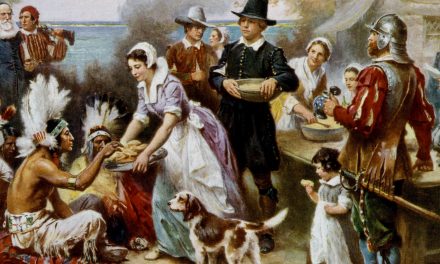