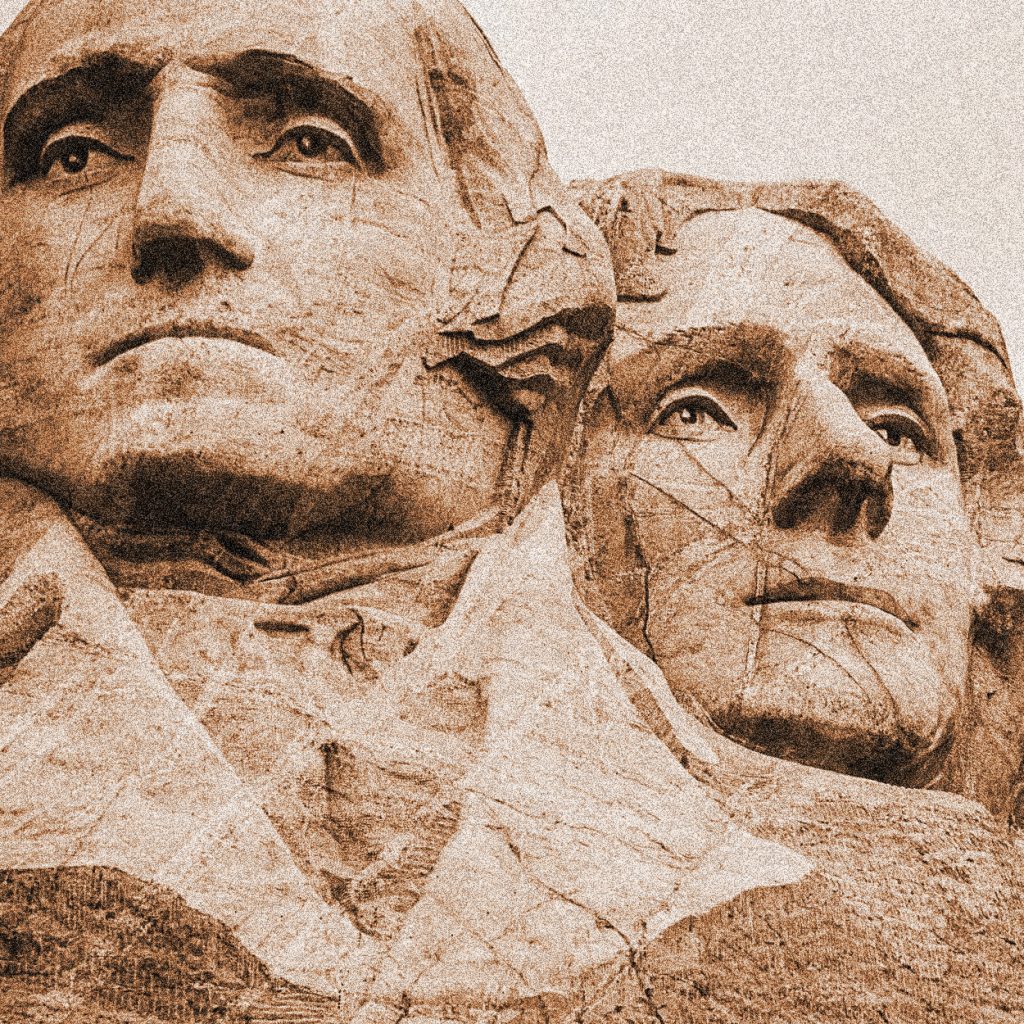 Ski Ingram is a retired police officer from Southern California. He is a former Airborne Ranger and a Viet Nam combat veteran. He has served in the American Legion, VFW, and the Boy Scouts. He has a degree in criminal justice.

“Exceptionalism” in reference to America has become, in many circles, a dirty word. This is a fresh look at why it shouldn’t be.

In Defense of American Exceptionalism

I just returned from a wonderful trip to Mt. Rushmore, South Dakota.  Looking up at four of America’s best presidents reminded me of just how exceptional America is. That’s a dirty word to many people today, but I’d like to make the case for why it’s true.

I am an American patriot, meaning I love and support this country and I am ready to defend it against all “enemies foreign and domestic.”  I am also a defender, if necessary, of our individual rights against an overreaching and tyrannical government.  I believe in American exceptionalism. I believe that God inspired Thomas Jefferson and the framers of the Constitution while this country was being conceived.  Some people reading this may be mocking me for what I believe and that is okay for I truly believe that everyone is free to believe what they want. That is part of what makes America exceptional.li

There are turmoil and commotion going on all around us. Many cities are experiencing violent protests and riots. We are witnessing historic statues of American heroes being torn down by mobs.  Police officers are being killed by anarchists who say they are doing it because the police are the enemy of their desired society.

As a combat veteran and a retired police officer, I see things differently than many people. In the last several years, we have heard politicians and activists say they want to “fundamentally change America.”  I believe them when they say that and I believe that is just wrong. Using my training and experience, I’d like to explain why I believe America is an exceptional place in which to live and raise a family.

Like many, I believe that America is a “shining city on a hill” spoken of by Ronald Reagan. This lofty concept of a “city on a hill” was first used by Jesus during his Sermon on the Mount. In Matthew 5:13–16 we read:

Ye are the salt of the earth: but if the salt have lost his savor, wherewith shall it be salted? It is thenceforth good for nothing, but to be cast out, and to be trodden under foot of men.  Ye are the light of the world. A city that is set on a hill cannot be hid.  Neither do men light a candle, and put it under a bushel, but on a candlestick; and it giveth light unto all that are in the house.  Let your light so shine before men, that they may see your good works, and glorify your Father which is in heaven.

Today we can apply this not only to individuals but communities, even a nation.

The phrase was also used by John Winthrop in his treatise, “A Model of Christian Charity,” delivered on March 21, 1630, before the Puritans sailed to the New World. In his treatise, John Winthrop explained that those pilgrims would be an example to the rest of the world of Christian charity.  He impressed this upon them when he said, “For we must consider that we shall be as a city upon a hill. The eyes of all people are upon us.”

Alexis de Tocqueville understood that America was that “city on a hill” when he called the new nation “exceptional.” He stated, “America is still the place in the world where the Christian religion has most retained true power over souls; and nothing shows better how useful and natural religion is to men, since the country where today it exercises the most dominion is at the same time the most enlightened and the most free.”

America was built on the eternal principle that all men are created equal.

For me, the designation of this land being something set apart goes back even farther than this. The Book of Mormon prophet Nephi, who lived 600 years before Christ, tells us that America is a “land of promise.” In 2 Nephi 1:5, 7 we read:

We have obtained a land of promise, a land which is choice above all other lands; a land which the Lord God hath covenanted with me should be a land for the inheritance of my seed. Yea, the Lord hath covenanted this land unto me, and to my children forever, and also all those who should be led out of other countries by the hand of the Lord.  Wherefore, this land is consecrated unto him whom he shall bring. And if it so be that they shall serve him according to the commandments which he hath given, it shall be a land of liberty unto them; wherefore, they shall never be brought down into captivity; if so, it shall be because of iniquity; for if iniquity shall abound cursed shall be the land for their sakes, but unto the righteous it shall be blessed forever.

These powerful words help us understand not only the promise of this land but the responsibilities of those who live here.

President Ronald Reagan believed America was exceptional and preserved by God when he stated, “There was some divine plan that placed this great continent between two oceans to be sought out by those who were possessed of an abiding love of freedom and a special kind of courage.”  The phrase “American exceptionalism” became universal when it was added to the official Republican party platform in 2012.

America is unique among the other nations of the world because it was founded on the principles of individual liberty, private property rights, and the idea that justice ultimately belongs to everyone who lives here. Although it clearly took this nation time to live up to this standard, it was also established on the idea that all men are created equal under the law. In a letter to the Hebrew Congregation of Newport, Rhode Island on September 9, 1790, George Washington expressed why he believed this new nation was unique in human existence to date.  He wrote: “The citizens of the United States of America have the right to applaud themselves for having given to mankind examples of an enlarged and liberal policy worthy of imitation.”

America was built on the eternal principle that all men are created equal and they have certain rights given to them by God. Because these rights are God-given, they cannot be taken away by man. This was a completely new concept in the world at that time. In every other society, the citizens’ rights came from men, such as a king or dictator.

It perhaps goes without saying, that although this government was designed to encourage greatness by its citizens, it has not always lived up to its own ideal.  It imposed injustices such as the legalization of slavery, indentured servitude, denying the right to vote to some, forced segregation, and cronyism.

America’s founding has always been about its ambitions. The founders did not claim the country would be perfect, only that through freedom it may encourage greatness among its citizens. Yes, ugly things took place in our history by flawed and dishonest men. But if one looks at history fairly we see that the great leaders of our founding succeeded in creating a nation in which individual freedom became the pathway for unparalleled levels of achievement by its citizens.

Another concept unique to America at the time of its founding is the idea of equal justice under the law.

These enlightened men who established this nation understood that what makes America great and remarkable is its citizens and not the government. They knew that the government can encourage goodness only by protecting its people from the aggression of others, even from within the government.

That brings us to the foundational idea of limited government. The rights guaranteed by God are “Life, Liberty and the pursuit of Happiness.” Americans were truly free to pursue happiness because their government was limited. This nation is truly exceptional because it is the only country in the world that obtains its greatness from God-given rights and laws. Our founders believed the government received its authority from the “laws of nature and from nature’s God,” as stated in the Declaration of Independence.

Another concept unique to America at the time of its founding is the idea of equal justice under the law. Our founders were not thinking of social justice as some do today.  They did not expect that everyone should be equal in wealth or social status for they knew that everyone had different talents and opportunities in life.  Nothing was guaranteed except your right to pursue your desires and your happiness. Some will say that equal protection was not the case at the country’s founding, and they would be correct. However, the beauty of our constitution is the addition of the Bill of Rights and the ability to add amendments that rectified these wrongs in time. This is evidenced by the passage of Amendment XIII (1865), which abolished slavery, Amendment XIV (1868), which gives to all equal protection under the law, and Amendment XIX (1920), which gave women the right to vote, to name but a few.

The founders had a genuine suspicion of government because of what they had experienced while being governed by Great Britain’s monarchy. They knew that for government to be “for the people,” it had to be an outline of rules and laws that allowed people to construct their own moral and civil code. James Madison once said: “If men were angels, no government would be necessary. … In framing a government which is to be administered by men over men, the great difficulty lies in this: you must first enable the government to control the governed; and the next place, oblige it to control itself.”  Arguably, it’s the people who must control government, because government won’t do it on its own. In America, the people have a say about how they will be governed and by whom.  If they are not happy, they can vote their leaders and representatives out of office. This was a new concept in the 18th century, which likewise made America exceptional.

American exceptionalism does not mean that people here are better than in other countries. It means our Constitution is exceptional. It gives all who live here the opportunity to succeed or fail in what they choose to do in life. This enlightened document inspires, uplifts, and encourages American citizens, both native-born and immigrant, to live better lives, dream bigger dreams, and work hard for themselves, their families, and their fellow citizens.

Americans have been given a wonderful gift, Freedom. It is up to us to preserve it for this generation and all future generations. Benjamin Franklin summed up this idea when he was asked by a woman, “Well, Doctor, what have we got, a republic or a monarchy?”  He replied, “A republic if you can keep it.”

Is “Cancel Culture” a Myth? 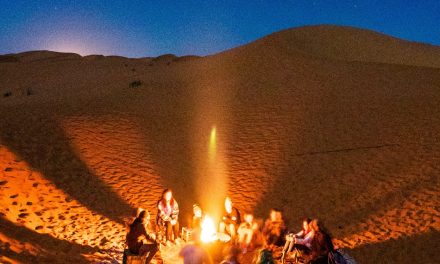 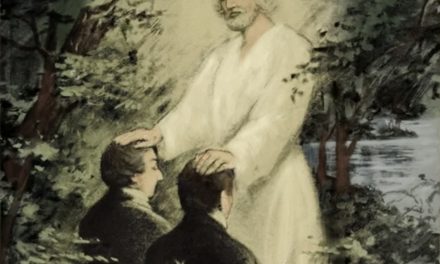