The fall of the Berlin Wall was an early memory as a child, scarcely comprehended. Americans today don’t seem to grasp its full import either. But they should.

On Nov. 9, 1989, a rattled functionary of an embattled Communist regime held a press conference and spoke about upcoming changes to East German travel policies. He’d only just been told about them and didn’t yet know all the details. In response to a question he couldn’t answer, he improvised and said East Germans were free to enter West Berlin, without restrictions, effective immediately. His answer was broadcast and the cat left the bag. It would not be got back in.

On Nov. 12, 1989—or somewhere thereabouts; historians have not yet settled an authoritative date—a young Alan Hurst visited his grandparents and looked at the TV, which showed some very happy people sitting on tall, spray-painted concrete. He asked his grandmother what was happening.

“The Berlin Wall is falling, dear.” She said it with a smile young Alan didn’t understand. And then I went back to playing with Legos or toy swords or whatever I played with back then.

I wouldn’t stay so ignorant forever. I couldn’t; my mission call sent me to Berlin. Later, in law school, I attended a speech by a former member of West Germany’s Federal Constitutional Court (basically, a Supreme Court Justice) who was sitting on that court when the Wall came down.

He said it wasn’t immediately certain the Germanies would reunite. At first, it seemed the German Democratic Republic might just become an actual democratic republic, with real elections and competing parties and everything. And so our distinguished speaker found himself meeting with judges from East Germany’s highest court, teaching them about the work of a judge in a free country.

After many hours’ talk, an East German judge put his hand on our speaker’s arm and said, “This is all very well, but let’s be frank for a moment. When you don’t know what the law means, you call the Justice Ministry, right?”

If you’re not a lawyer who believes in his profession, your guts might not twist quite the way they should when you read that sentence. Let me explain. Imagine you have a case; imagine the government is trying to take your home or put you in prison. Imagine you’ve hired a lawyer, given honest testimony and fought passionately for your rights. And then imagine your judge calls the very same government agency that’s persecuting you and asks it to tell him how to decide your case.

This is not a thought experiment; I am not making this up. This was daily life in the Soviet bloc. You had property or rights or freedoms only until someone powerful decided to take them, and the powerful people watched you ceaselessly for an excuse to do exactly that. In East Germany, you had to keep a log of everyone who visited your home, and the Stasi could inspect it without cause or warning to see whether you’d been consorting with the wrong sort of people. If you told a disloyal joke, your friends and family could be rewarded for telling the Stasi what you’d said. Imagine being a devoted wife of 30 years and finding out, when the evil empire fell and the Stasi opened its books, that your husband had been reporting on you all along.

I repeat, this is not a thought experiment. These things happened. They happened during my lifetime. They happened not in the “Third World” where we parochial Westerners expect lawlessness and violence, but in regimes that convinced millions they were the very definition of reason and modernity, the glittering end of history’s arc. They happened against the backdrop of an arms race that threatened literally—literally—to end human civilization. It stopped a hair’s breadth from Armageddon several times.

The mostly bloodless collapse of the Soviet empire was nothing less than an epoch-marking miracle—God clearing his throat, in Bill Buckley’s phrase, to remind a torn and bloodied world that he exists.

And yet maybe it’s a reminder that miracles don’t convert people, at least not for long. This miracle seems hardly to be remembered, much less celebrated the way it deserves. Certainly America doesn’t behave as if it remembered. Would people throw around names like “enemy of the people” and “fascist” if they remembered that, not long ago, not far away, those were names tyrants called people to justify murdering them? I sometimes feel America understands about as much about Nov. 9, 1989, as I understood, talking to Grandma, on Nov. 12.

So forget for a moment, just for today, the disappointments we’ve suffered in the past 30 years; forget all the ways history failed to end like it was supposed to, and the ways our own country turned out to be less free and virtuous than we liked to believe. Definitely forget the partisan enmities that make our moment seem so unpleasant and precarious, or better, reach across the divide and try to overcome them. Shore up the institutions that protect us from the nightmare so much of the world suffered for so long. And if you don’t get what I’m making all this fuss about, go educate yourself until you do. 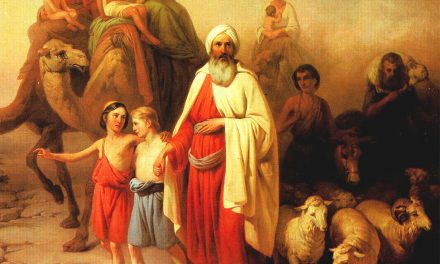 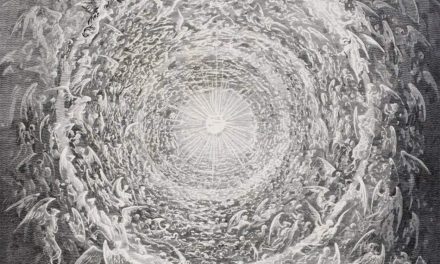