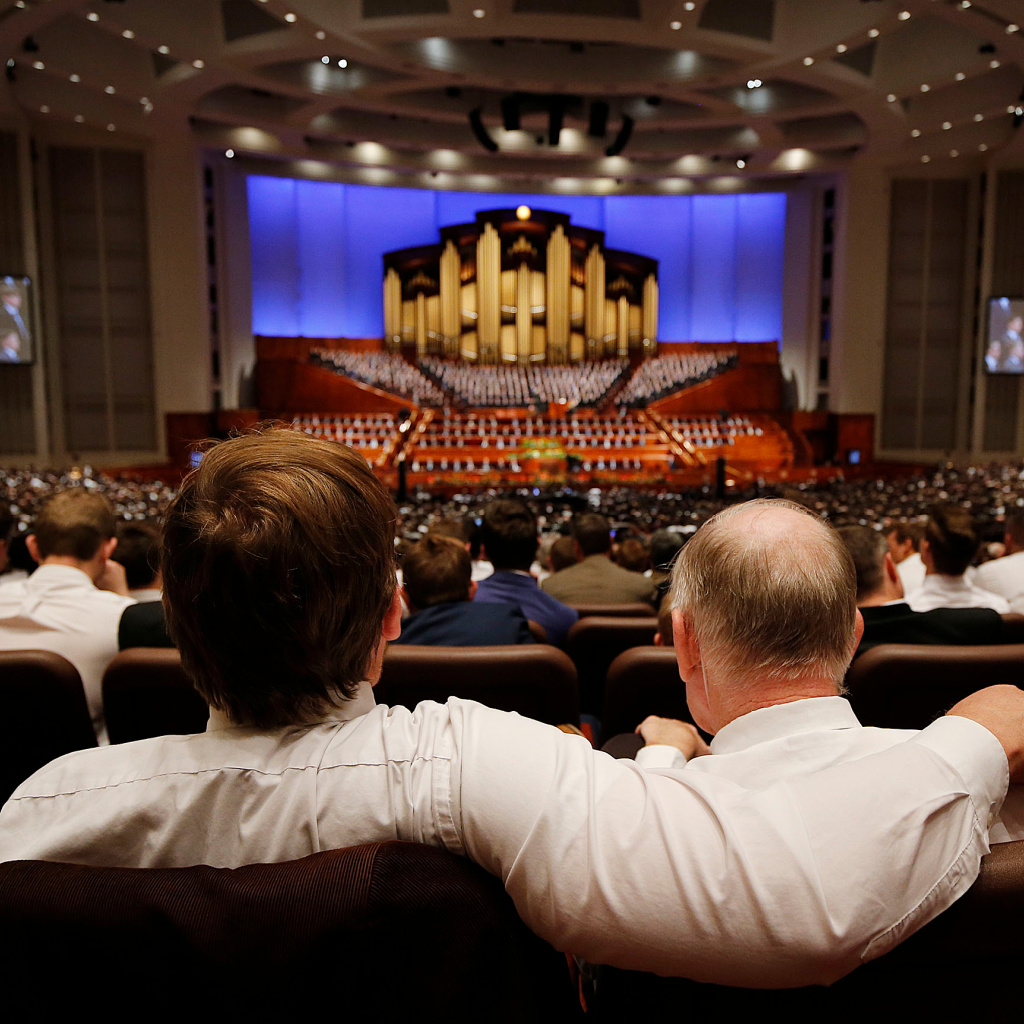 Words of prophetic counsel are a constant presence and fixture in most Latter-day Saint lives. But it wasn’t until I started studying them intently that something changed inside me.

I have been an observant member of The Church of Jesus Christ of Latter-day Saints for my entire life. I got baptized when I was eight when my family also gave me a journal and a check for twenty-five dollars to start my mission fund. I got my first part-time job at age fourteen as a janitor and worked a variety of jobs to save up for half of my mission. I put in my papers when I turned nineteen and served for two years. I came home, dated a beautiful Latter-day Saint girl, and we got married in the temple and started a family together.

Yet there’s a sense in which I did not get serious about my faith until a decade later. By the time 2015 rolled around, I’d already been blogging about religion and faith in a faith-affirming way for a few years. If I’d spent my entire life on the covenant path and dedicated many hours to exploring and defending that faith in public, then in what sense was I not already serious about my faith?

The brutal answer is this: I was hedging my bet.

What if the claims of the Restored Gospel were not true? That Joseph Smith never saw God in a sacred grove? What if there was no Lehi, no Mormon, and no Moroni? But let’s go further. What if the man named Jesus died, was buried, and never rose—and was only a man, and nothing more? What if God did not exist?

The reality was that even if all those unsettling possibilities ended up being true—that none of my religious beliefs were real—at the time it wouldn’t have changed all that much for me. I still would have wanted to live a life filled as much as possible with peace and love. All the things I wrote about (epistemic humility, love of family), and all the things that brought me peace and joy (my faithful marriage, my beloved children), I would have sought to treasure regardless.

This left me with a kind of Schrodinger’s faith: as long as I didn’t really have to differentiate between what I wanted to be true and what I believed to be true, my faith was half-real and half-fake. If I opened the box of my heart and looked inside, would I have found my own tree of faith alive and thriving at the time? Or just a plastic, painted replica? I was afraid to look. And as long as I kept my faith just a little abstract, and just a little vague, I didn’t have to.

I didn’t have the guts to question whether or not my convictions were true when for so long I had found them useful.

Although I’d been wrestling with these issues for a while, maybe for most of my life, the struggle culminated in late 2015 when I came across a quote from a talk that President Hinckley gave during the October 1981 General Conference, entitled, “Faith: The Essence of Religion.” The talk challenged me directly. After all, I’d started my blogging run at Times and Seasons with a series on epistemic humility and the importance of acknowledging uncertainty. And here was a prophet of God pretty much telling me the opposite. The quote that initially grabbed my attention was this one:

Great buildings were never constructed on uncertain foundations. Great causes were never brought to success by vacillating leaders. The gospel was never expounded to the convincing of others without certainty. Faith, which is of the very essence of personal conviction, has always been, and always must be, at the root of religious practice and endeavor. … Without certitude on the parts of believers, a religious cause becomes soft, without muscle, without the driving force that would broaden its influence and capture the hearts and affections of men and women.

I’d never heard the quote before, and I immediately looked up and read President Hinckley’s talk. It led me to some serious soul-searching. First, about how to reconcile my emphasis on epistemic humility with President Hinckley’s emphasis on certainty. (You can read my Times and Seasons post, The Assurance of Love, to see how I started to work through that clash.)

I claimed to believe that this Church was indeed the Restored Church of Christ. But I hadn’t been acting like it.

More broadly and, for me, more consequentially, this became the occasion of my long-overdue reckoning with my Schrodinger’s faith. If I was to maintain my personal integrity, I had to fundamentally rethink my relationship with the Restored Church of Christ. A casual alliance of shared values could no longer cut it. If I believed that the Church was what it claimed to be—and if I believed Christ was who He claimed to be and that God lived—then it was time to start acting like it. For starters, I could take the trouble to read the words of the modern prophets and apostles.

Like most Latter-day Saints, I had been immersed in opportunities to read and seriously consider prophetic teaching for many years, but the abundance of it all had become too often background noise, with infrequent instances of deeply studying their words for myself. I decided it was time to do more than passively hear; it was time to actively listen.

And so, in December 2015, I launched the General Conference Odyssey, a 14-year project to read every single General Conference talk going back to the first messages easily accessible on the Church’s website (April 1971) at the rate of one session per week. (I preferred to read them on the Church’s site where I could mark up and annotate them. Other folks who participated printed copies out or even watched the videos instead of reading).  If that sounds like an impressive goal, let me hasten to add that after six years in, I’m already more than a full year behind. But—despite my lackluster performance—the endeavor has blessed me and reshaped my spiritual life.

The proximate blessing has been a fundamental shift in my understanding of the teachings of the Church. Prior to embarking on this experience, I was under the impression like a lot of people today that prophets in earlier eras taught a very different gospel message—and one that most often (surely) lacked sufficient love. After reading scores of sessions of General Conference from the 1970s and 1980s, the dominant conclusion I am left with is the incredible consistency of the General Authority teachings, and the adamant emphasis on gentleness, love, and compassion. The very first session I ever read included Elder Ashton’s talk Love of the Right where he said:

Following one of our recent general conference sessions, a troubled mother approached me and said, “I need to know what is meant by the statement, ‘No success can compensate for failure in the home.’” Knowing a little of the burdens this friend of mine carries in her mind and heart because of a rebellious, wayward daughter, I shared this meaning with her: I believe we start to fail in the home when we give up on each other. We have not failed until we have quit trying. As long as we are working diligently with love, patience, and long-suffering, despite the odds or the apparent lack of progress, we are not classified as failures in the home. We only start to fail when we give up on a son, daughter, mother, or father.

This love and concern are not what I thought I would hear out of a 1971 General Conference talk, but that example is far from exceptional. Later on that same day (in the Priesthood Session), President Harold B. Lee began his talk, Today’s Young People, with an affirmation of Elder Ashton:

I would have you remember a remark of Brother Marvin J. Ashton in his very excellent address today when he said no home is a failure until it gives up on that son, or that daughter, or that husband, or that wife. It must not give up, no matter how difficult the task to save one of ours.

Of course, there have been some significant changes in tone and even in content on some important issues between now and 1971. It would be superfluous to have living prophets and apostles if they said the exact same things in the exact same way across the decades. Without pretending these shifts and updates don’t exist, my overall impression remains one of steadfast consistency on the core Gospel of Christ and on preaching that Gospel with an abundance of love, compassion, and consideration.

The secondary but more profound blessing that has followed from this experience is that at last, I’ve found the courage to abandon my Schrodinger’s faith. The act of taking these General Conference talks seriously has been my way of holding the Lord’s hand and taking a step beyond the light of my own understanding. It was a small step—more an act of basic integrity rather than any kind of bravery. I claimed to believe that this Church was indeed the Restored Church of Christ. But I hadn’t been acting like it.

It was a small act, really. All I’m doing is reading some talks—and writing some blog posts based on what I’m learning. But it was my way of giving up the safety of the hedge. If life were a poker game, I would have stopped hoarding a pile of chips in front of me and, instead, picked a chip off the stack and thrown it into the pot.

Life is messy. As I said, I’m way behind on the General Conference Odyssey. And while I try to watch every single talk of every current session of conference now, with an infant and a toddler that’s more aspirational than anything else. It turns out you can’t go all-in in one fell swoop. Every day you get a new chip, and you have to decide if you want to hold onto it or risk it.

This weekend, when the general authorities of The Church of Jesus Christ of Latter-day Saints gather to share their counsel and the Lord’s instructions for us, I’m going to listen. And I’m going to toss one more chip into the pot—doubling down one more time on the risk I’ve placed. In doing so, I hope to take one more step toward the Savior Who calls us with a voice that grows clearer and clearer with every faltering step we take towards Him.

Join Latter-day Saints all over the world this weekend to tune in via the internet to sessions of conference on Saturday and Sunday, April 2nd and 3rd. Come listen to a prophet’s voice! Click here to see broadcast and scheduling details. 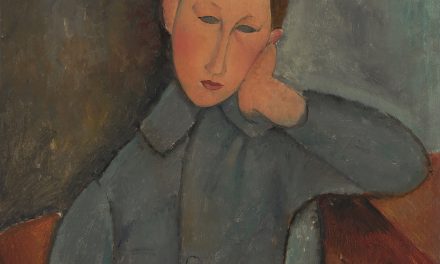 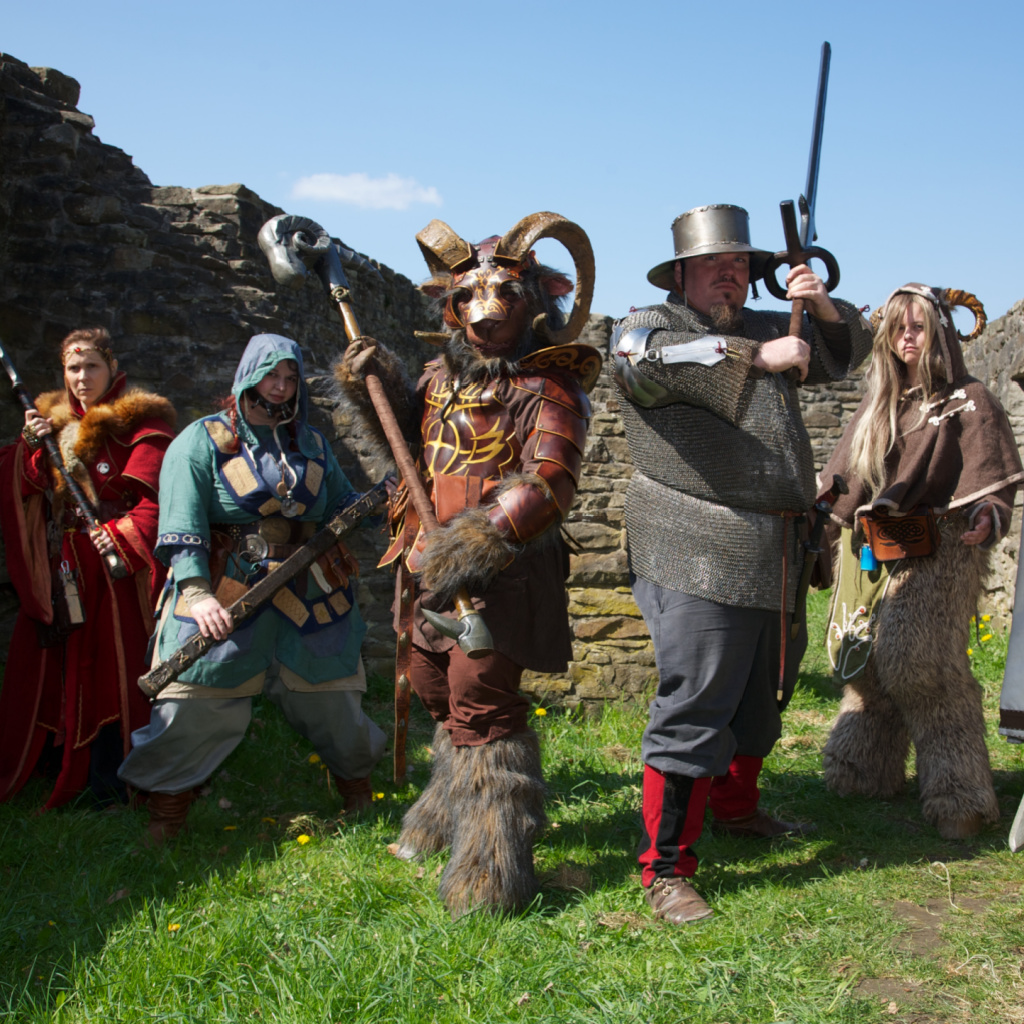