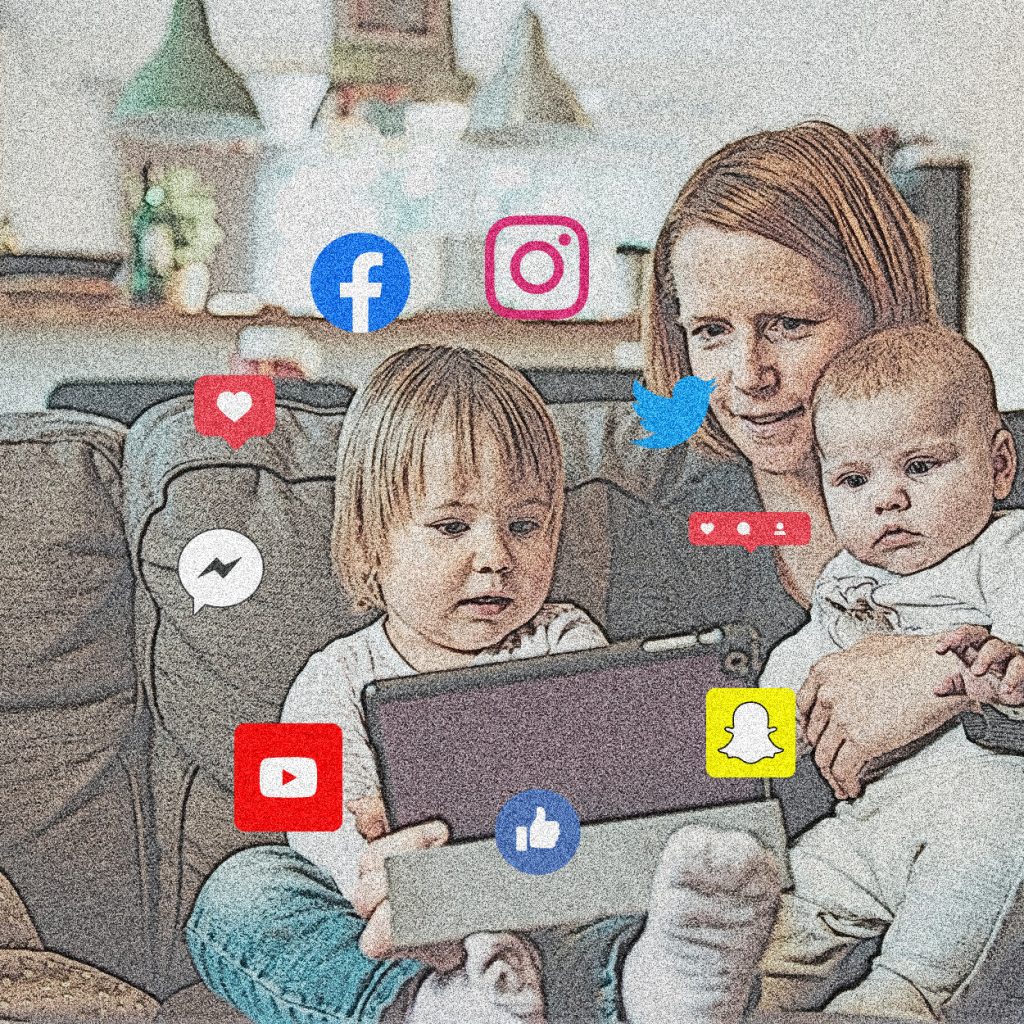 Dr. Sarah M. Coyne is a professor of human development in the School of Family Life at Brigham Young University and is interested in the impact that media has on children and families. She regularly speaks to families and teenagers about using media in positive ways.

A Message to Parents Overwhelmed about Screen Time

It’s true there are some real dangers online for children. But we can make things worse as parents by getting so stressed and overwhelmed about media that we forget to help our children learn to engage online in positive ways.

I worry about my kids and media all the time. My son never seems to want to stop playing video games and we fight about it a lot. My daughter is on TikTok quite a bit and I’m worried about what types of videos she might be seeing. My other daughter constantly sneaks into media and then lies about it to me, even though she’s only 7 years old.  I try so hard to talk to my kids about making good media choices and we have limits on what they can watch, but I’m still just so stressed out about raising kids in this type of environment. It feels crippling at times and I just want to give up.

We promise you—this is not another article telling you about the dangers of media so that you feel even more guilty than before. The above story expresses what many parents feel—stress and worry over raising children in a media-saturated world. This might be especially true for parents coming from a religious background, who are encouraged to aspire after high media standards for teens and families, with many parents feeling like they just never measure up.

And for good reason—most teens today seem quite absorbed in media as about 95% own or have access to a smartphone and 45% are online almost constantly using social media. YouTube, Instagram, and Snapchat are the most frequently used social media platforms among teens as they watch, post, snap, and connect with their friends. As teens’ media use is ever on the rise, parents may understandably worry about their teens’ media choices.

Parents may stress about their teens’ constant exposure to the variety of media messages that are present in the digital world. Media sends a plethora of messages to teens about what to spend money on, what to look like, and what is important in a “perfect” life. With ease, teens could delve into endless rabbit holes of harmful or inappropriate media content or constantly compare themselves to the lives of others. So, it’s easy enough to feel anxious about what your teen might come across on social media.

In addition to the media messages and content teens consume, parents may stress or feel guilty about the amount of time their teens spend on media. While yes, media time does matter, many parents are unaware that other research suggests it matters less than parents think. One implication of that research is that instead of exclusively focusing on amounts of media, we should also be helping our teens use media in productive and healthy ways. (To go deeper on what exactly we mean by this, check out this thought experiment from our Washington Examiner article, where we compared the hypothetical choices of two teens, Olivia and Emma).

Instead of stressing about media time and being crippled by inner voices telling you that your kid is on their phone too much—what can you do? Specifically, how can you help your teens thrive in their media world instead of constantly fighting about screen time?

Perhaps it’s time to focus more on the finer grain distinctions of how we use media, rather than just how much. For instance, teens can use media either actively or passively, which actually matters a lot.  It also matters whether teens are being purposeful and mindful of emotions, being smart about sleep, limiting social comparisons, and using social media less as a show and more to connect with others.

Bottom line:  The combination of these seemingly small distinctions can mean the difference in whether media use strengthens relationships or distracts from in-person connection. Research has shown better outcomes, including better mental health and less loneliness, when teens use media in active ways (such as by commenting on social media posts instead of endlessly scrolling). Given this, we recommend that parents help their teens make active media choices by modeling active media use and discussing good media habits.

Choose wisely when using media because whatever you read, listen to, or look at has an effect on you.

By encouraging open conversation, parents may also assist teens in recognizing what media influences they see, what media concerns they have, or what is important to them on media. In these open conversations, with parents talking less and listening more, teens are more likely to be honest when discussing media. Elder M. Russell Ballard, an apostle in The Church of Jesus Christ of Latter-day Saints, has said, “Parents need to give children choices and should be prepared to appropriately adjust some rules, thus preparing children for real-world situations. To do this, parents must listen—really listen—to what their children are saying.” As parents and teens openly discuss media content, parents can help their teens create a “moral mindset” to use media for good.

Parents need not struggle alone in helping their teens make wise media choices, because there are supportive communities available all around us. Within our own faith community, for instance, the guide, For the Strength of Youth, teaches teens, “The information and entertainment provided through these media can increase your ability to learn, communicate, and become a force for good in the world. However, some information and entertainment can lead you away from righteous living. Choose wisely when using media because whatever you read, listen to, or look at has an effect on you. Select only media that uplifts you.” Rather than “going at it alone,” families benefit from having external standards like this they can point towards when feeling other kinds of pressure.  Overall, religion, in particular, has been shown to be a protective factor for negative media use for teens—so, remember to use all your resources.

The Calling of Parenthood

Research has also confirmed the importance of religion and spirituality in aiding positive parenting efforts generally. Parents should really not have to feel alone when they remember the support they have from others in their parenting efforts, including God, church congregations, and religious resources.

Church members can help parents not feel alone in parenting as they support one another in the difficulties of parenthood.

Religious beliefs may also act as helpful resources for parents when they face challenging situations. The more parents rely on the influence of and aid from God, the more they feel like their parenting efforts are divinely sanctified. When parents believe in the sanctification of parenthood, they may experience less parenting stress and feel more satisfied in their role as a parent. Along with God, other people can act as a positive resource to parents. Church members can help parents not feel alone in parenting as they support one another in the difficulties of parenthood.

So, while parents may become stressed and feel overly guilty about a variety of things they do (or don’t do) in their parenting efforts, we hope that instead of feeling down and overwhelmed, they will remember the divine and sacred purposes of parenthood.

Elder Ballard reminds parents to “be of good cheer. God did not place you on earth to fail, and your efforts as parents will not be counted as failure unless you give up.” Instead of giving up on the challenge of navigating teens’ media choices, we hope some of these suggestions may be helpful.

If you are still feeling guilty over screen time after reading this, here are two final thoughts. First, be compassionate with yourself. Parenting is ridiculously hard! And helping your child manage media is also really hard. Here’s a secret—I am an actual parenting and media expert and it’s still hard. So, be compassionate with yourself when things feel difficult—because they are for all of us! This doesn’t come easy to any of us and you are doing better than you think you are.

Second, be compassionate with your child. It is also hard to be a teen right now and suddenly have access to a cell phone. Our teens are going to make mistakes as they figure out how to be a human being in this media-saturated world. Most of them are going to figure this media thing out —but it takes some time and patience along the way.  Remember—you’ve got this and we are all in this together. 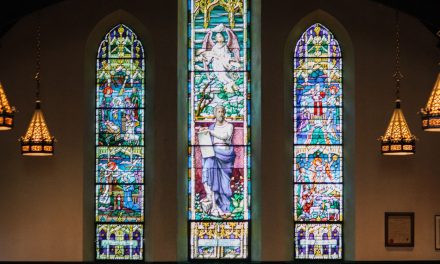 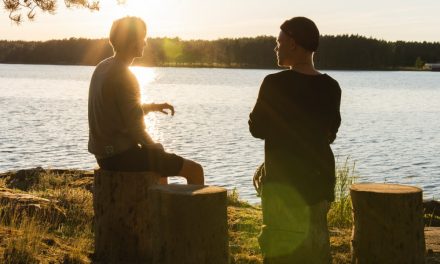 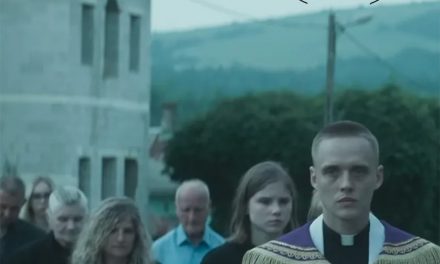