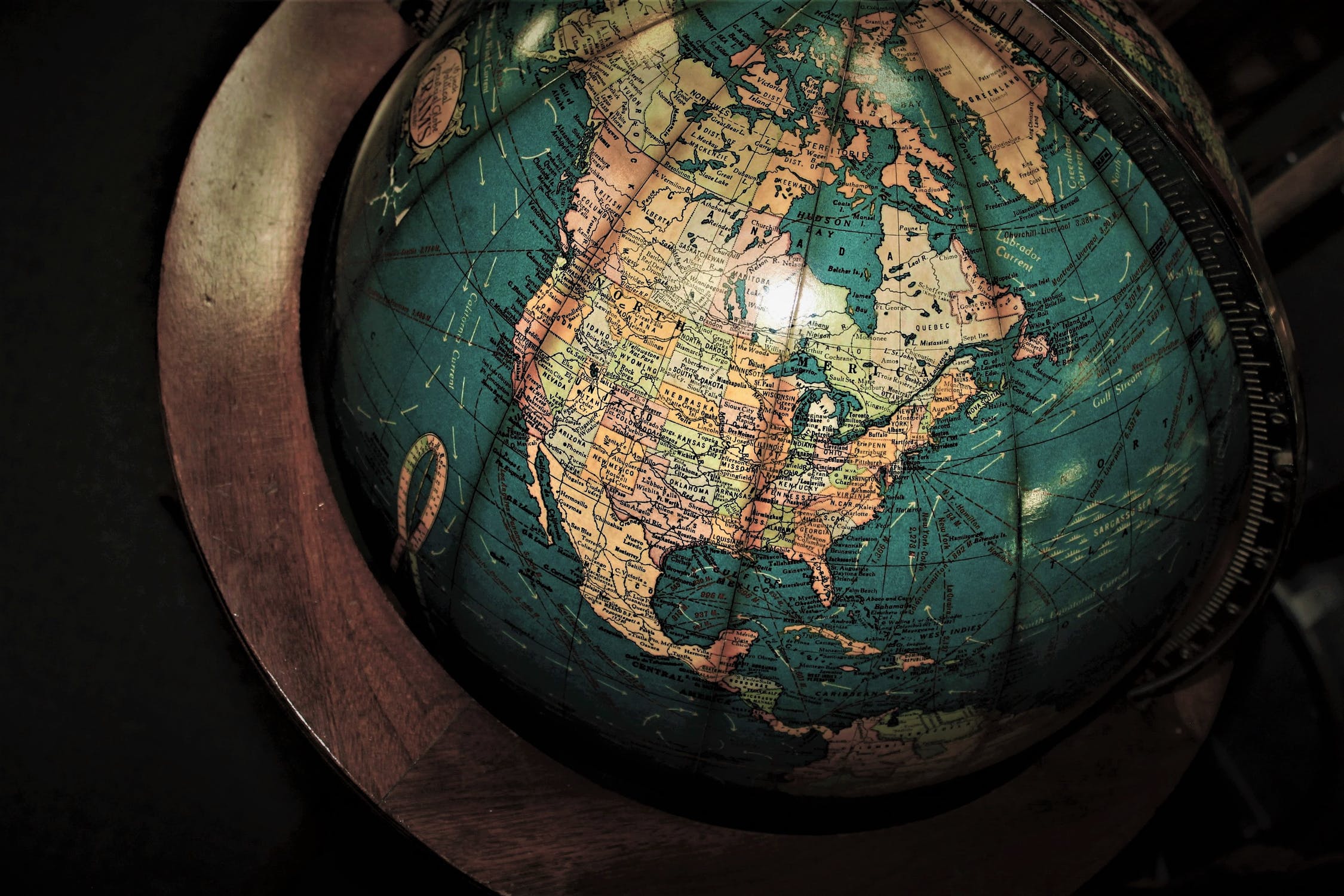 Max Halsey is a consultant in the private and public sectors. He has an MPA from Brigham Young University.

Although John McCain passed away in 2018, his influence has extended far beyond that into 2020 and the election itself, in ways few people have fully considered.

Now that the election is long over, it is time for us to talk about the ghost of John McCain, which loomed more than people realize over every part of the 2020 election.

One of the key reasons many conservative voters sided with President Trump in 2016 and 2020 was that he “is a fighter.” They complained that the Grand Old Party’s leadership wanted to be liked by the DC social circuit more than they wanted to push a conservative agenda. They viewed the Republican leadership as publicly silent and seemingly servile even during what they felt was a brutally condescending administration of former President Barack Obama. This frustration in priorities was exacerbated by political differences. Those frustrated with Republican leadership tended to be populist conservatives living through Rust Belt economic devastation they blamed on NAFTA.

While generally hawkish, the legalistic, globalist leaders like the Three John’s—John McCain, John Boehner, and John Roberts—in the populists’ eye were obsequious in their dealings with a deeply biased press, to the point of being openly called out by GOP insiders for that type of behavior. One example was John McCain being named a “poodle for the press” by Andrew Klavan, the influential, moderate-conservative, populist commentator for the DailyWire.

These populists viewed GOP leaders as wanting to be invited to beltway cocktail parties or praised as mavericks by the New York Times editorial board more than they wanted to push for conservative policy reforms. It came as no surprise, then, that a legitimate outsider (for both good and ill) like President Donald Trump, put there by a disenfranchised conservative populist wing, would come into conflict with these establishment Republicans.

These were GOP leaders who refused to stand up to editorial media that attacked clean-cut, civil, and highly qualified Republicans like McCain himself—and especially Mitt Romney—as racists, sexists, and homophobes. One such attack on Romney came from now President Joe Biden when he said, “He wants to put you all back in chains,” while speaking of Romney to an African-American crowd. Yet GOP leadership largely ignored these attacks and the silence by the editorial news media. Faced with a culture they viewed as stacked against them, rank and file members, especially those with populist concerns, were slowly growing agitated, frustrated, and angry at their elected officials’ weakness and deference.

Throughout Donald Trump’s presidency, GOP leadership and politicians as a whole became more willing to engage with the public directly, willing to call out the media for its biased forms of reporting, and willing to adopt a ‘trust but verify’ approach to even general news media. During this same time, many media outlets sadly proved they were in desperate need of reform themselves with repeated retractions, clarifications, and lost court battles over defamation on stories that would have taken little effort to source properly.

They saw the conservative view restored to its lion-like voice.

The newly galvanized politicians include many of the previously disappointing establishment Republicans such as Lindsey Graham and Mitch McConnell. Both began to be viewed positively by the conservative base for their newfound roaring voices and willingness to stand up for conservative principles by playing political hardball in their pursuit in the new Trumpian era. By contrast, those who lacked a desire to fight, such as John Boehner, were ousted from leadership. From the perspective of disaffected conservatives, this period revealed which politicians had backbones and which were merely political ‘sunshine patriots.’ They saw the conservative view restored to its lion-like voice in politics, led by its populist rustbelt members.

The effect of that roaring voice arguably allowed the GOP, and Donald Trump himself, to garner the most significant amount of minority votes both by proportion and in raw numbers that a Republican has received since the reconstruction era. It effectively cracked the stranglehold the Democrats have had over minority votes for nearly a hundred years. The cascading effects for the GOP of unleashing the Republican political machine and showing it how to engage with the media and its opposition party again are hard to dispute. And many on the right see them as positive.

However, one of those frequently accused of being a “RINO” globalist hawk stands apart from the others. He left a significant and lasting positive cultural effect on the GOP and American politics in general. That man was a war hero who endured the harshest torture a person could survive as a prisoner of war, a man who actively stood up for civility in public discourse, and a man who left a legacy of leadership and heroism that even to this day is widely respected across the political spectrum.

That man is John McCain. Deeply beloved by virtually all corners of the Big Tent GOP and most Americans in general, John McCain was seen as a respected war hero by nearly everyone. His legacy of leadership and spirit of patriotism can be encapsulated in this quote from his time running for president— “My country saved me, she saved me. And I can not forget it. And I will fight for her as long as I draw breath, so help me God!”

John McCain was a man whose conservative bonafides were well known yet whose ability to work across the aisle was uncontested. His bravery in the face of adversity was undisputed. He shut down a potential voter who pushed the idea that Barack Obama was a foreign criminal, standing up for his opponent even as much as he disagreed with him. All the while, he was disingenuously denounced by the press as a doddering old fool and a warmonger.

Yet, he was a man still—capable of folly and failure—a man whose political career among the GOP arguably stands tarnished by two acts. First was his final vote to protect the Affordable Care Act, aka “ObamaCare.” In addition to undeniably transforming the medical industry in this country, many conservatives saw this as an act of vengeance, denying Trump and the GOP the victory they sought on that hotly contested policy issue and denying Trump a legislative win that was otherwise hard-won. Many believe that success could have catapulted the Republicans to victory in this recent election—especially if the outcome of that policy change decreased red-tape, increased efficiency, and removed middle-men between the taxpayer and their doctors as conservatives anticipated.

Secondly, John McCain, while on his deathbed, handed the Steele Dossier over to Democratic operatives. The dossier became the impetus for the original impeachment hearings and investigations that led to the uncovering of the infamous Ukrainian phone call.

These two acts alone proved over time to have had a significant, undermining effect on the Trump Administration even if no immediate consequences, either legal or political such as removal from office, came from it. Had John McCain realized the eventual consequences of these two decisions, it’s not hard to imagine he would have regretted them.
So, why did he do this? And why has Arizona, a traditionally deeply conservative state settled originally by members of The Church of Jesus Christ of Latter-Day Saints—a traditionally profoundly socially and politically conservative demographic—switched blue? And not just for president, but for both Senate seats. Why is it that nearly every group directly linked to John McCain, the imperfect war hero, has abandoned both the GOP or the Trump Administration in its hour of need?

Five simple words. Then-candidate Donald Trump, “He’s not a war hero. He’s, he’s. He’s a war hero because he was captured. I like people that weren’t captured.” Trump’s statement was a legitimately disgusting dig at John McCain’s social status as a war hero and standing as a statesman and leader. It also undermined all members of the U.S. military who were captured and treated like McCain was—a group to which many soldiers returning from the Afghanistan and Iraq wars belong.

Trump doubled-down on the statement and continued deeply personal antagonism with McCain and his family—repeatedly calling him a failure over his failed presidential run in 2012. This resulted in Arizona turning blue when moderate Republicans from a deeply civil demographic, politically and quietly revolted. While Trump’s base came out in droves for him, without the moderate Republicans in that state, it wasn’t enough to overcome the Democratic tidal wave.

Despite the events of January 6th and the result of the election, there remain many Republicans who believe Donald Trump had a positive effect on the GOP. They appreciate how he galvanized leadership, broadened the base, and treated the news media as antagonistically as they felt treated by them. These factors arguably allowed Lindsey Graham to defeat an opponent that had nearly quadrupled his budgeted ad spend, and why instead of losing six seats in the House, as many projected Republicans to do, they instead made significant gains.

However, Donald Trump’s combativeness with virtually everyone who even remotely disliked him on a personal level has cost Trump and the GOP Arizona, Georgia, and the Senate. And his effect on the moderate Republican votes in places like Pennsylvania, Virginia, and North Carolina likely cost him the election.

There are three lessons the GOP should take from the Trump era and the aftermath of this election. First, there is a large faction that feels unrepresented by the popular and news media. Politicians who focus on appeasing them risk alienating a sizeable vocal segment of voters.

Second, reconciliation and compromise require mutual respect. Once an election is won, it is essential to allow old grudges and mutual disdain to dissipate when working out the peoples’ business in the halls of power. At the very least, a respectful working relationship needs to be forged. Otherwise, when prominent personalities clash, regions of the country and sections of both parties will simply take their ball and go home like many moderate Republicans seem to have done this election.

Thirdly, there needs to be a conversation between the globalistic moderate-Republicans and their populist rustbelt cousins about rebuilding mutual respect. No longer can the wealthy establishment members of the GOP ignore the populist cry of economic devastation. And no longer can the rust belters allow their rage at their mistreatment by their moderate allies to push them towards electing interpersonal wrecking balls like President Donald Trump.

Otherwise, the party of Lincoln will soon be fractured or even die, as many are predicting.  As all political parties do, the GOP needs to learn how to compromise without compromising their values. They need to hear the other side’s point, empathize with them, and seek relief for them even if they disagree with their policy prescriptions. Only by seeing diverse fellow Republicans as worthy of at least being heard can a conservative party survive.

Mark this as a set of lessons that every political movement in a functional democracy needs to learn and adopt. The lessons apply both within parties—navigating political and social diversity—and between parties, as legislators and officials seek functional compromise and working business relationships. Let us all be able to come together and say “with malice toward none with charity for all” and be gracious winners, just as much as we are good losers. 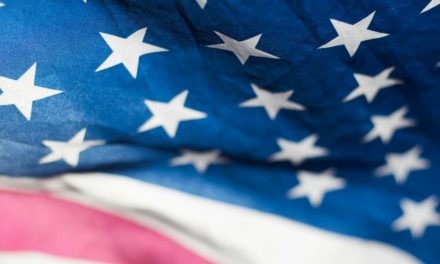 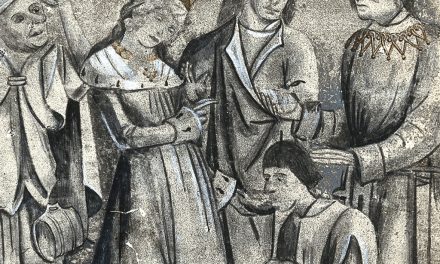 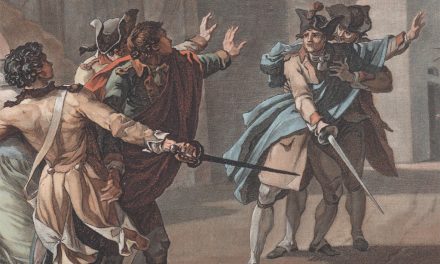