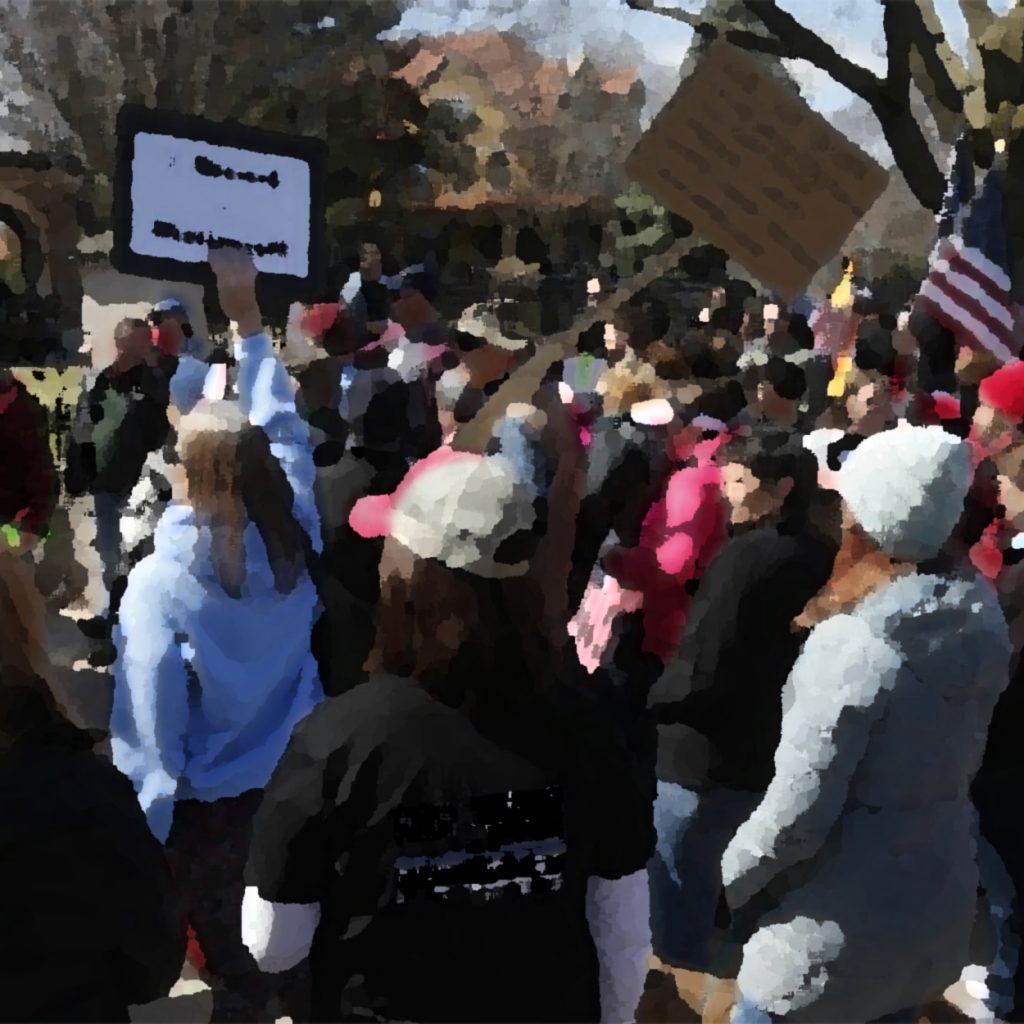 If we seek to end direct violence without paying more attention to structural and cultural contributors, will we be successful? Not if we’re paying attention to advice from the Book of Mormon.

In a joint statement, senior leaders of the NAACP and President Russell M. Nelson of the Church of Jesus Christ wrote that they, “look on with sadness at the anger, hate, contempt, and violence spilling onto America’s streets, devastating cities across the nation.”

For Latter-day Saints, not only should the hostility and violence in our nation deeply trouble us, but we are under a prophetic injunction to find a solution. There are few social concerns more urgent than conflict that begins to prompt outright violence.

But as we turn our attention toward addressing such violence, there are clearly many  questions to consider:

There is certainly moral comfort in concluding that ending violence is something for others to do—that unless we commit or call for direct physical violence ourselves we have no culpability.

For accomplishing this task, I would argue there is no more crucial text than The Book of Mormon.

I’m not the first one to suggest that believers have a positive religious obligation to end violence, not simply a negative obligation to not participate in it. When it comes to Latter-day Saints, for instance, we are under the forthright command to “renounce war and proclaim peace.”

For accomplishing this task, I would argue there is no more crucial text than The Book of Mormon. Patrick Mason, Chair of Mormon History and Culture at Utah State University, wrote in 2004 that The Book of Mormon, “must be the foundational text for any examination of [Latter-day Saint] peacebuilding.”

The Book of Mormon might at first seem like an odd choice for peace studies since more than 20% of its chapters deal with war. But it also includes multiple periods of peace, including one lasting two-hundred years. And by exploring the extremes of violence and peace, the distinctions can teach us a lot.

Peace is much less complicated. It only exists among humble people during times of righteousness.

Because the moral conditions of violence are so complicated, but the injunction for peace so direct, the Book of Mormon narrative appears to support an approach of focusing on creating the conditions that allow for long-term peace. In other words, let’s create peace, so we don’t have to worry about whether or not violence may be justified.

This type of analysis would be familiar to modern scholars of peace. Johan Galtung, who largely created peace studies as an academic discipline, identified what he called three typologies of violence.

In Galtung’s formulation, if we seek to end direct violence, we should focus on the structural and cultural violence that cause it.

Mason suggests that often what’s missing among Latter-day Saints is a “structural approach, or peace as social justice”— essentially an approach to peace like Galtung’s. (To be clear Mason wrote this before the phrase “social justice” took on the political connotations it holds today.) While I take no position on whether Mason is right about Latter-day Saints as a people, his statement cannot reasonably be applied to Latter-day Saint scripture—since, on a number of measures, the Book of Mormon presents a dramatic description of structural violence and a spiritual vision for social justice and structural peace. I also believe the same text provides many narrative examples of Galtung’s theory in practice.

For instance, in the Book of Mormon narrative, increased inequality consistently accompanies, and even presages violence.

Grant Hardy, who may be today’s foremost scholar of the Book of Mormon, summarizes key socio-political themes in the Book of Mormon in a 2011 piece for Meridian Magazine, the first: “God is not pleased with societies in which there are great inequalities in wealth; all his children are equally precious to him.”

Chapter six starts with the return of displaced people to their homes. Previous enemies entered into a “covenant of peace,” and the people began what is called a “great peace in the land.”

The peace lasted for four years. Then, the Book of Mormon describes a shift in 3 Nephi 6:12-15:

The people began to be distinguished by ranks according to their riches and their chances for learning. . . . And thus there became a great inequality in all the land, insomuch that the church began to be broken up. . . . Now the cause of this iniquity of the people was this—Satan had great power, unto the stirring up of the people to do all manner of iniquity . . . tempting them to seek for power, and authority, and riches.

The next chapter, which takes place the following year recounts the consequence of, among other things, this shift towards inequality. The chief judge is murdered, the government is destroyed, the people are divided into tribes, and an anti-Christ becomes king of the most powerful tribe.

The narrator laments, “they had enjoyed peace but a few years.”

The narration of 3 Nephi 6 and 7 is particularly poignant because the rise of inequality and the rise of violence are so interconnected. To be clear, inequality was not the only systemic issue that gave way to the violence in these chapters. Conspiracy and corruption also play major roles through the oft-mentioned “secret combinations.” But even this conspiracy and corruption were frequently motivated by the desire to obtain wealth and power at the expense of others.

Among Latter-day Saints, this pattern of growing affection for wealth, power, and pleasure at the expense of others is typically called “the pride cycle.”  While that framing is useful in drawing devotional lessons about our own personal behavior, it does not diminish these stories’ utility as socio-political case studies as well.

Nathan O. Hatch, a scholar of the Book of Mormon who comes from outside the faith tradition, concludes from this pattern in his influential The Democratization of American Christianity, “The Book of Mormon is a document of profound social protest, an impassioned manifesto from a hostile outsider against the smug complacency of those in power and the reality of social distinctions based on wealth, class, and education.”

While the Book of Mormon speaks plainly about the violent outcomes that often come in the aftermath of rising inequality and associated sins, it also speaks to the circumstances accompanying genuine lasting peace. The best example of this comes from 4 Nephi and should feel especially urgent for Latter-day Saints seeking to establish peace.

This book recounts a period of two-hundred years which included “no envying, nor strifes, nor tumults. . . . and there was no contention in all the land.”

The conditions which led to this long-term peace are described just a few verses earlier, and include the heartening description:

And they had all things common among them; therefore there were not rich and poor, bond and free, but they were all made free.

Perhaps the most detailed example of this theme from The Book of Mormon comes from the final chapter of Mosiah through Alma 16.

David Charles Gore, Communications Professor at the University of Minnesota, studied a portion of this same text at length in his book The Voice of the People: Political Rhetoric in the Book of Mormon.

Mosiah 29 marks the end of the reign of kings and the start of the rule of judges. While much is written in the chapter about the relative strengths of the two systems, Gore argues that The Book of Mormon’s primary distinction here is not between kings and judges, but rather between “being-in-and-for-oneself” versus “being-with-and-for-others.”

In several ways, the text of Mosiah argues in favor of shared social responsibility, what Gore calls “being-with-and-for-others.” In the chapter beginning the proceeding book of Alma, the figure Nehor appears arguing instead for an inequality-exacerbating ethic of self-focus at the expense of social responsibility.

Alma, the religious leader of the time, describes this rhetoric as “worse than murder.” Gore explains, “worse than murder is to mix murder with persuasive influence in order to secure advantages over other people.”

While Nehor himself dies at the end of the chapter, the next chapter begins with Amlici carrying forward Nehor’s legacy and rhetoric, setting up the primary conflict for the first half of the book of Alma.

What Gore’s narrow focus leaves out, but seems important to note, is that unlike in other instances in the Book of Mormon, Alma does not accept the rise of inequality that Nehor and Amlici instigate.

In fact, Alma is clearly pained to recognize, “great inequality among the people, some lifting themselves up with their pride, despising others, turning their backs upon the needy.” After observing this inequality, Alma resigns from his political role and takes on a religious mission.

The next eleven chapters, Alma 5-15, recount Alma’s mission to various cities. And his mission is largely successful, with the exception of the city of Ammonihah, which remains “of the profession of Nehor.”

In contrast to the areas of successful outcomes from Alma’s mission where the people had “continual peace in all the land,” the Nehor-following city of Ammonihah ends up being violently destroyed.

In considering how this particular story plays out, it leaves little doubt that not only did inequality play a role in the build-up to violence in the Book of Mormon, but that leaders in the text such as Alma recognized this pattern and took proactive steps to prevent violence by addressing the inequality.

The Book of Mormon most frequently formulates violence as, at least in large part, sparked by the inequality and injustice of wicked societies

There are obviously other themes that course through these chapters. They contain some of the Book of Mormon’s only writings about premortal existence and the problem of evil. And while Alma specifically leaves on this mission because of observed inequality and afflictions, he doesn’t explicitly teach about equality, rather focusing his messages primarily on themes of conversion and redemption. Elsewhere in the Book of Mormon, however, there are pointed messages directed against inequality:

So while the connection of peace and equality is far from the only message that can be taken from these chapters, it is one hard to miss.

The Book of Mormon most frequently formulates violence as, at least in large part, sparked by the inequality and injustice of wicked societies, with corruption and conspiracy often the methods of upholding and perpetuating that inequality.

Of course, as David Gore, surmises, The Book of Mormon teaches that “ultimately the problems are not political but religious.” This can be seen in the focus of Alma’s teachings, and the message of President Russell M. Nelson’s op-ed with the NAACP to focus on ways we can improve as individuals and families.

As Latter-day Saints, and all people concerned with violence and justice, these lessons—which so vividly confirm the social science insights in peace studies—suggest allowing ourselves to turn more of our direct attention to collective and cultural contributors to the violence that concerns us today. By focusing on what Galtung calls the “systemic” issues or Alma calls “the great inequality in all the land,” I believe we can better create the lasting peace that the Book of Mormon promises is possible. 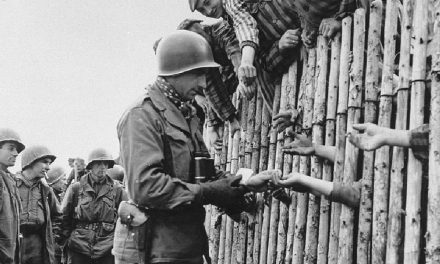 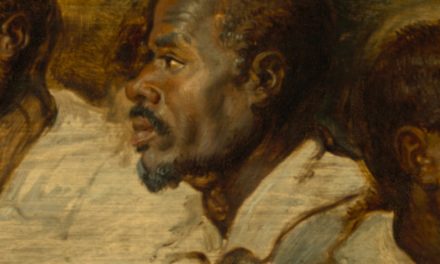 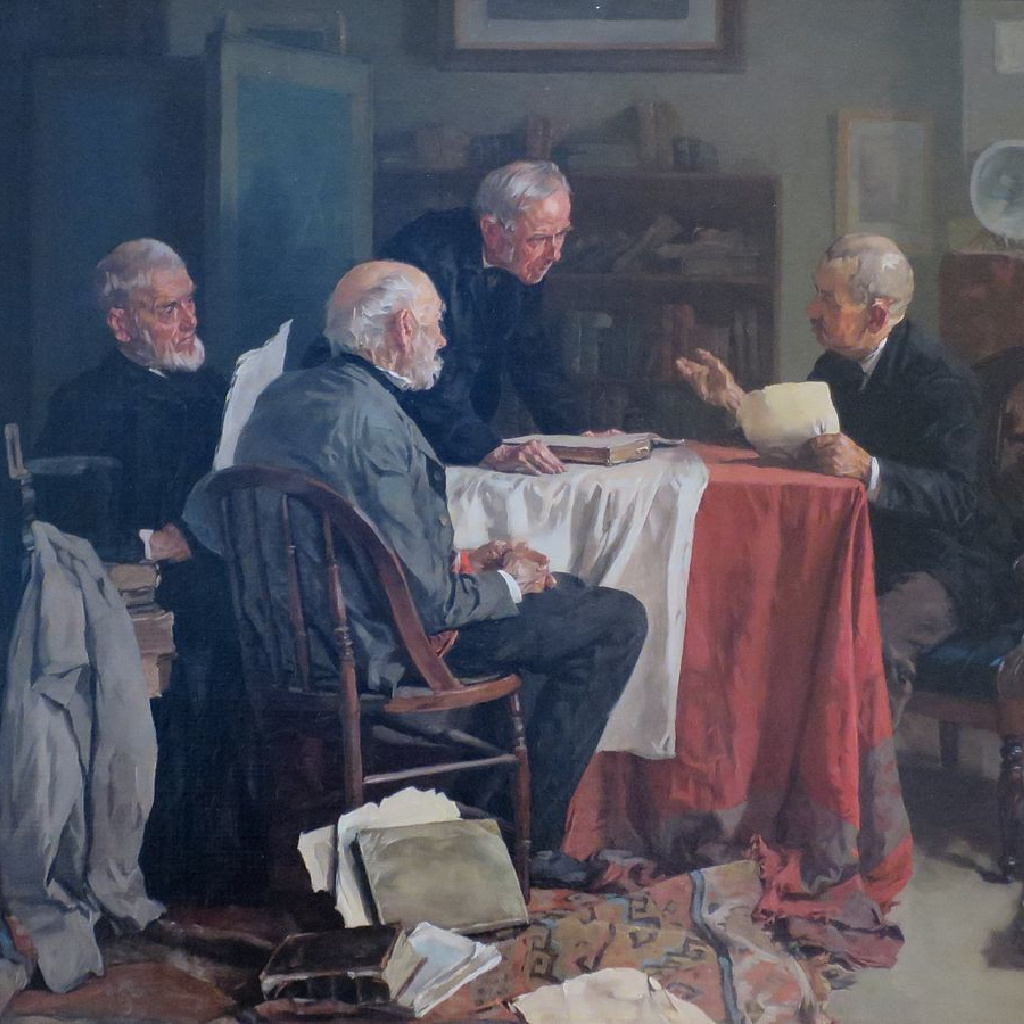 How CRT and Classical Liberalism Collide