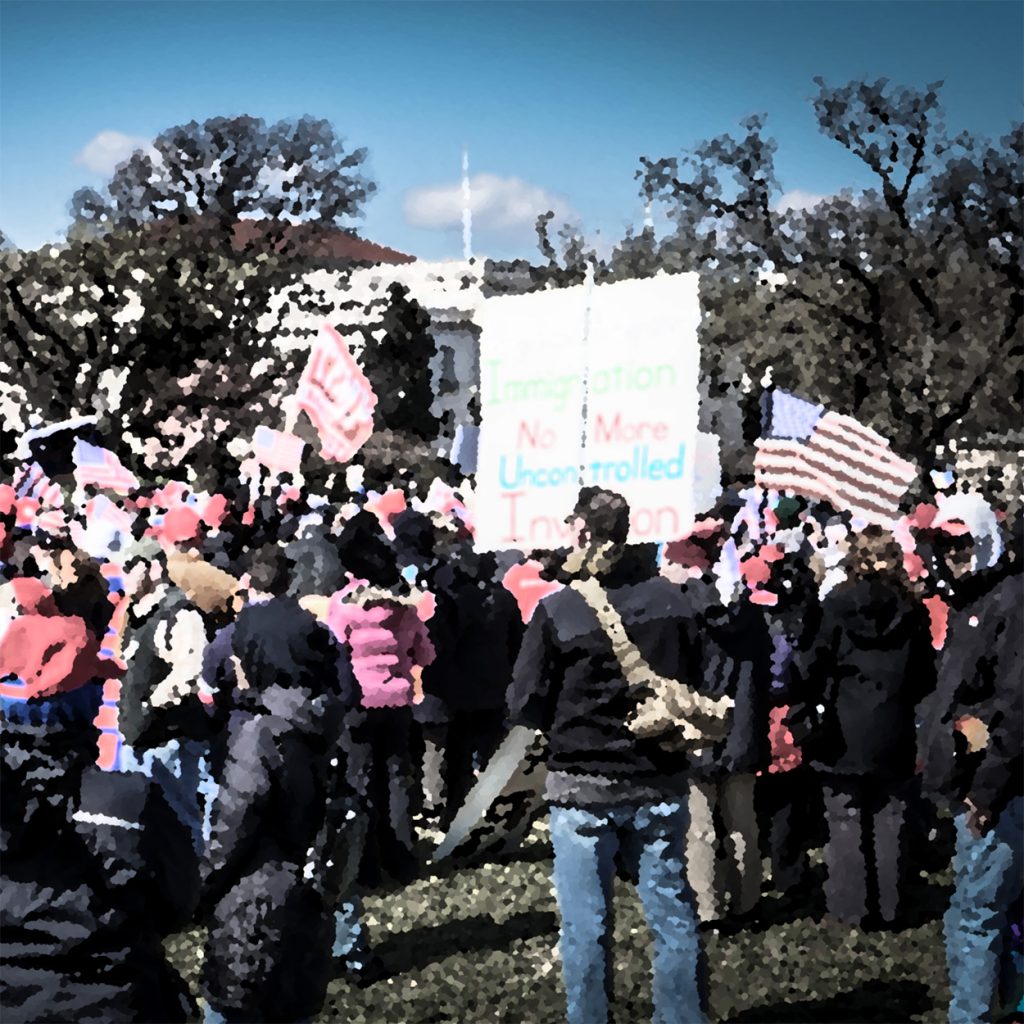 If it’s true yesterday “did not reflect the core of who we are as Americans,” the siege of our nation’s capital does say something about who many of us are becoming. Is this just another step on a downward spiral, or could it become a legitimate turning point for our nation’s trajectory?

Over the years of this tumultuous presidency, American conservatives – including many religious supporters of the President – have focused attention on accusations of the political left as awful, aggressive, deceptive, etc. When concerns were raised about President Trump’s honesty, his comments on women, or his insults to opponents, this became kind of a go-to response – something like: “but haven’t you seen what those Democrats are up to…?!”

If it wasn’t already obvious, yesterday’s desecration of the temple of democracy forces an important question upon American conservatives:  Is it time to look (really) hard at the image in our own mirror?

Judging by the torrent of condemnations yesterday, including among the President’s own supporters, this is already happening. A good number of congressional leaders who had been ready to fight for a renewal of President Trump’s leadership, stepped back for different reasons. And devoted Trump-supporter Hugh Hewitt wrote that “Trump has shown an incomprehensible indifference to mayhem.”

In comparison with President Trump’s own attitude, President-elect Biden stood to address the nation yesterday while the chaos still swirled around the capital (watch it here). Regardless of what you think about his past or his policies, it’s hard to deny what was evident in this man’s words.

After decrying “an assault on the citadel of Liberty,” Joe Biden said: “Let me be very clear. The scenes of chaos at the Capitol do not reflect a true America, do not represent who we are. What we’re seeing are a small number of extremists, dedicated the lawlessness. This is not dissent, it’s disorder. It’s chaos. It borders on sedition. And it must end, now.”

At that point, the President-elect could have raged against the former President. He could have issued blistering condemnations of those seeking to challenge his own election.  He could have taken advantage of this moment to really put those conservatives in their place (and no one would have thought twice about whether he was justified).

Yet Biden did none of those things.  Instead, he called on President Trump to “step up” and speak out publicly against the violence. Then, with a demeanor that was visibly shaken, Biden modeled how to do that – saying, “Like so many other Americans, I am genuinely shocked and saddened that our nation — so long the beacon of light and hope for democracy — has come to such a dark moment.”

“Think what our children watching television are thinking,” he added – before pivoting to reaffirming hope:

Through war and strife, America’s endured much and we will endure here and we will prevail again and we’ll prevail now. The work of the moment and the work of the next four years must be the restoration of democracy, of decency, honor, respect, the rule of law. Just plain simple decency. The renewal of a politics that’s about solving problems, looking out for one another, not stoking the flames of hate and chaos. As I said, America’s about honor, decency, respect, tolerance. That’s who we are. That’s who we’ve always been.

These are the words of a leader – of someone with some real goodness and wisdom.

That doesn’t mean everything he’ll do as a leader will be good and wise – or that President Trump hasn’t also shown goodness and wisdom at different points in his tenure. Yet when President Trump added his own statement, there was no sign of being chastened, or moved.  Even after blood had been shed in the nation’s capital, he couldn’t help but continue to justify himself, writing on Twitter:  “These are the things and events that happen when a sacred landslide election victory is so unceremoniously & viciously stripped away from great patriots who have been badly & unfairly treated for so long.” Addressing the protestors, he added: “Go home with love & in peace. Remember this day forever!”

Surely the silver lining is the solidarity we witnessed yesterday across the political spectrum as people rose to stand against it.

In the closing prayer in the middle of the night, Senate Chaplain Barry Black said, “These tragedies have reminded us that words matter, and that the power of life and death is in the tongue.” One of the many political messages resounding through the Book of Mormon, how a larger group can be “stirred up to anger” by a smaller number – even to violence.

When that happens, surely the silver lining is the solidarity we witnessed yesterday across the political spectrum as people rose to stand against it.  Indeed, we can be grateful, as Chaplain Black prayed, that perhaps this has “strengthened our resolve to protect and defend the Constitution of the United States against all enemies domestic as well as foreign.”

But who are those “enemies domestic”? Is it anyone with concerns about the fairness of the recent elections?

Of course not.  Yet that insinuation came up often yesterday, with George Will himself writing, “Trump, Hawley and Cruz will each wear the scarlet ‘S’ of a seditionist.

While it’s right to push back on voices of division, this is one step too far. After all, the vast majority of Americans concerned with election security were shocked and saddened by the actions of those in the capital.

If the result of the violence yesterday is to further embolden attempts to silence or censor unpopular viewpoints, that would be deeply concerning.

When it comes to deceptive claims, many have responded by marginalizing, ignoring, and refusing to dignify or engage with them. Clearly, this approach does not always work.

We must find ways to air and explore those differences together, which can act as an important safety pressure valve, and help our people sort out true and false claims (part of our motivation for publishing the map of election disagreements).

For that reason, if the result of the violence yesterday is to further embolden attempts to silence or censor unpopular viewpoints, that would be deeply concerning. Simply put, there’s a difference between the voices of those stirring up to anger – and those raising sincerely-held concerns.

That line was blurred yesterday in many commentaries and speeches. In the understandable pressure and passion of the moment, Democrats also spoke in black and white terms such as “truth vs. Trump.”

To be clear:  even when it comes to the question of the election, or the value of the Trump presidency, there are still competing ways to see the truth of these matters. And once again, it’s dangerous if this becomes a pretext to further close down the space where Americans can disagree.

At least when it comes to politics. How we treat each other is another story – and one in which, arguably, there should be less room for disagreement.

In October of 2020, Dallin H. Oaks affirmed where Latter-day Saints stand, “We peacefully accept the results of elections. We will not participate in the violence threatened by those disappointed with the outcome. In a democratic society, we always have the opportunity and the duty to persist peacefully until the next election.”

In one touching moment from the evening Congressional proceedings, Senator Lankford from Oklahoma stood visibly shaken by what had happened – and started pointing at his fellow congressmen and women around him:  “That person, that person, that person – is not my enemy.  They are fellow Americans.”

Among the other take-away messages from yesterday, we hope this can be one of the lessons for conservatives and liberals alike.  The Other Side isn’t “the enemy.”

The enemy is ugliness, deception and aggression – which shows up on both sides!

It’s true that we can all be really quick to call out the injustices on the other side, while excusing those on their own. As one friend told us today, “my conservative friends expressed all sorts of righteous indignation this summer – and now my liberal friends (who didn’t express a whole lot of condemning against the rioting this summer) are full of righteous indignation now.”

Clearly, if we refuse to acknowledge any danger coming from our own side of the political aisle, we’ve traded truth for tribal politics – with disloyalty to the team more important than anything else. That’s no doubt how those heckling Senator Romney in the airport rationalize their actions as “defending freedom” after calling him a “traitor” (to The Team) and telling him, “You were voted in as a conservative to represent the conservative constituents. Period.”

No.  That’s not what Senator Romney was elected to do. And he knows it.

Our loyalty as believers (myself included) must ultimately be to Truth, to America, and to God…not to a certain tribal Team.

Not to Biden. And not to Trump.

It’s the ideals which unite us – and to which we can look.

Prominent American publications wrote this year of what they described as a perhaps “inevitable” break up of our nation, perhaps even civil war.

We believe in America. We do not believe such an outcome is inevitable. But is that what you believe?

WE CAN STILL DO THIS as Americans!  We end with two more excerpts from President-elect Biden:

Notwithstanding what I saw today and we’re seeing today, I remain optimistic about the incredible opportunities. There has never been anything we can’t do when we do it together. And this awful display today was bringing home to every Republican and Democrat and independent in the nation that we must step up.

He added, underscoring the word: “This is the United States of America…For nearly two and a half centuries, we, the people in search of a more perfect union, have kept our eyes on that common good. America is so much better than what we’ve seen today….”

So much better than what we’ve seen today.  That’s what our incoming President believes.

Do we? In the year ahead, we’ll all find out. 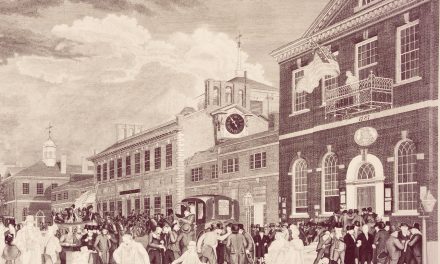 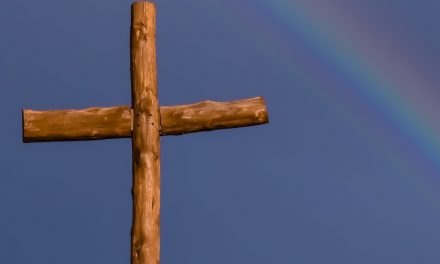 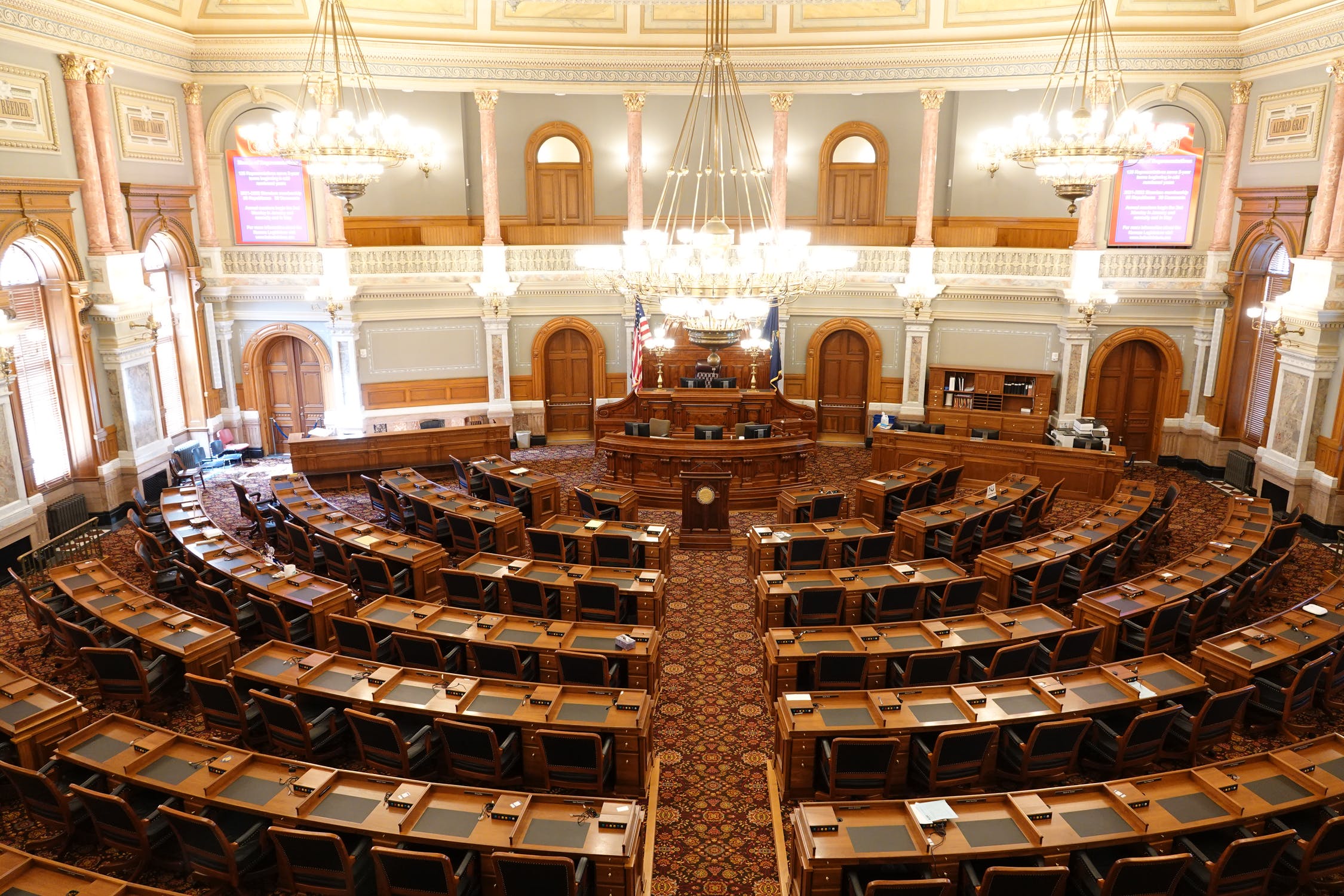