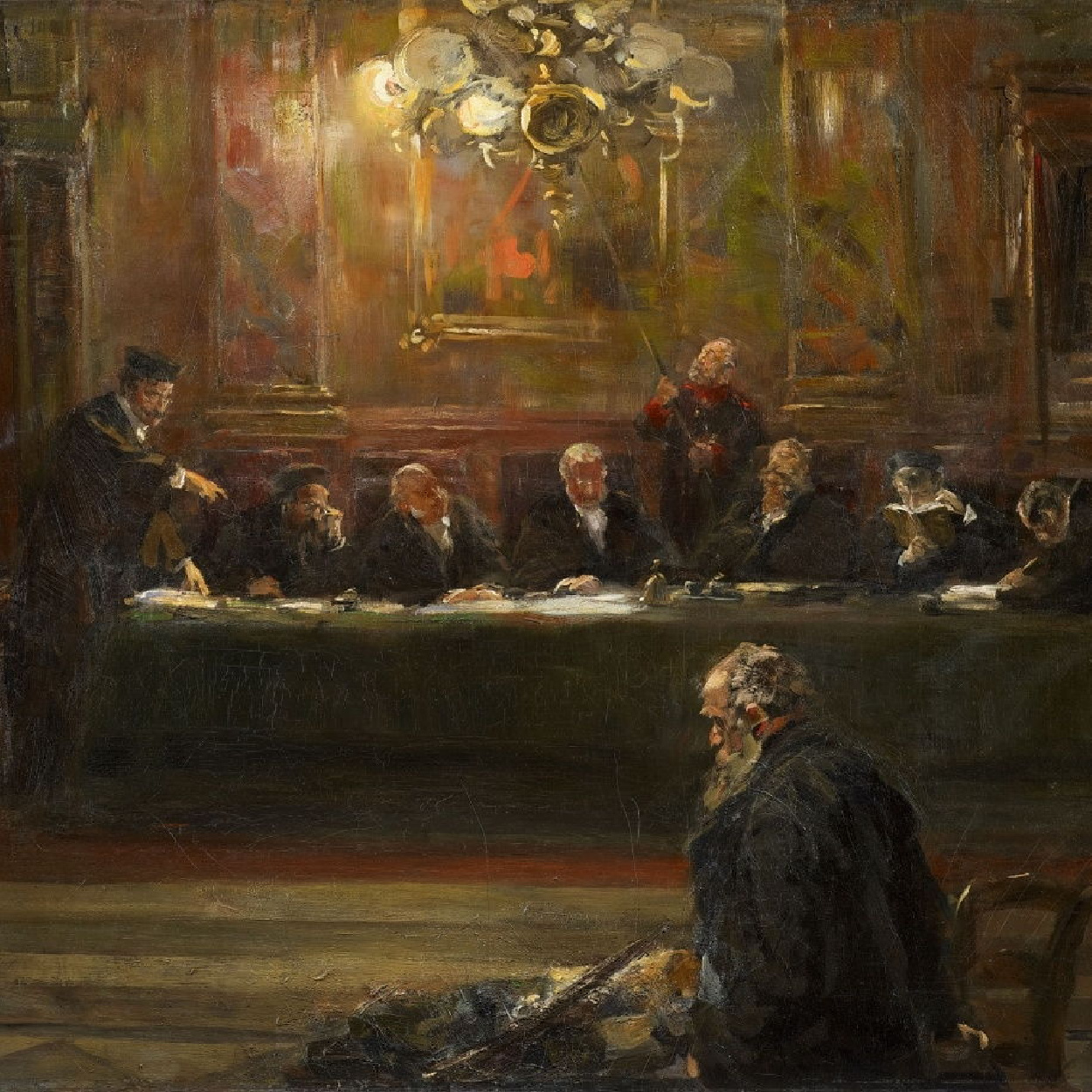 The Supreme Court’s recent decision deserves to be commended for providing more robust protection for the critical rights of the First Amendment.

If voicing your political opinions feels risky today, NAACP members in Alabama in the ‘50s can relate. After the Supreme Court’s landmark decision in Brown v. Board of Education (1954), the NAACP had important work to carry out, but, as we know, extreme hostility continued to surround school desegregation and race issues generally.

In order to hinder the NAACP’s efforts in this regard, the state of Alabama attempted to require the NAACP to disclose its membership lists, including both names and addresses. The NAACP resisted, recognizing the impending harassment and potential violence its donors would face if this information became known. After a complicated legal battle, the Supreme Court eventually ruled in favor of the NAACP, holding that the right to keep the donor information private was part of the freedom of association.

Nobody wants to risk harassment, intimidation, threats, and violence simply for donating to a charity.

The Court’s answer—yes, it unconstitutionally abridged freedom of association—has been celebrated across the ideological spectrum. In fact, the petitioners in the case, Americans for Prosperity and Thomas More Law Center, drew amicus brief support from everyone from the ACLU to the Proposition 8 Legal Defense Fund.

The victory for the petitioners seems to be a clear win for First Amendment rights, but critics of the decision raise important questions: Is donor privacy always as important as the Court makes it out to be? And was the Court’s protection of donor association rights unnecessarily and problematically broad?

Nobody wants to risk harassment, intimidation, threats, and violence simply for donating to a charity, and thankfully, most charitable supporters probably won’t. But occasionally, financial supporters of some 501(c)(3)s do face these threats, posing a deterrent effect to their freedom of association that is, in the words of Chief Justice Roberts’ opinion, “real and pervasive.”

Consider the example of Brendan Eich, who was effectively forced to resign from his appointment to CEO of Mozilla Firefox because of his previous donations to the Proposition 8 campaign. Scott Eckern, former artistic director for the California Musical Theater, faced the same fate, while the phenomenon has leaked into other political arenas; for example, police officer William Kelly was fired after donating to Kyle Rittenhouse’s defense.

Whether or not one agrees with the causes to which these individuals donated, it is important to recognize that each donor faced significant retaliation for what was merely a constitutional exercise of their associational rights. Donor privacy could have helped these individuals to support what they wanted to stand for without facing substantial risks to their livelihoods.

Because of examples like these and a hostile political climate, most of us probably engage in some sort of risk analysis before exercising our First Amendment rights.

Do I really want to unleash a Twitter skirmish?

Will my employer fire me for donating to this organization?

Can I get into or teach at an elite school if I voice an insufficiently woke opinion?

While it’s advisable for all of us to think (and usually, learn) before we speak, the pressure to say the “right” thing—or, at a minimum, avoid saying the “wrong” thing—is creating a chilling effect on freedom of speech.

The results of a July 2020 Cato survey provide strong evidence that fears of wrongthink are curtailing our discourse. The survey found that 62 percent of Americans (including the majority of Democrats, independents, and Republicans) self-censor because of a political climate that makes them feel they cannot say the things they believe. And fears associated with “cancel culture” (despite its imprecise definition) may also be influencing this self-censorship; a 2021 Pew Research study found that while cancel culture is praised by some for holding people accountable, others perceive it as a censorship threat.

And that’s just when it comes to voicing an opinion. If people put their money where their mouth is (or where it would be, if they weren’t afraid), the consequences might be worse than Twitter-shaming or even employment termination. Petitioner Thomas More Law Center, a conservative non-profit law group that defends religious freedom, family values, and the sanctity of life, said its clients, whose names cannot be kept private, have faced kidnapping, torture, death threats, and even an assassination attempt, in addition to ongoing harassment, hate speech, and boycotting. These actions, Thomas More Law Center notes, are likely indicative of what its donors would face if their names were disclosed publicly. NAACP members in the ‘50s faced similar problems. Had their names been disclosed, the entire membership list would have been subject to heinous acts.

Of course, it’s worth debating whether merely disclosing information to the government is as bad as public disclosure. That distinction was complicated in this case because California had failed to ensure that its donor records were kept secure.

But even if the records had been secure, the ruling in Americans for Prosperity would likely have been the same: “Our cases have said that disclosure requirements can chill association ‘even if there is no disclosure to the general public,’” Chief Justice Roberts wrote.

The Court used Shelton v. Tucker (1960) to prove this point. Shelton was a case in which public school teachers in Arkansas had been required to disclose all their organizational affiliations. This information was used in hiring decisions; in fact, Arkansas used it to prevent members of the NAACP from becoming teachers.

While it might be nice to take the sunny view that we no longer need to fear this kind of government retaliation for organizational affiliation, it may be more prudent to err on the side of caution. California is likely demanding this information simply to prevent charitable malfeasance. No doubt California has a real interest in preventing charitable fraud, given that registered California charities hold close to a quarter of the country’s charitable assets. And while the usefulness of the donor information to the State was disputed in the case, one may reasonably trust the judgment of the California officials who claim that having this information on hand increases administrative efficiency.

But good intentions today may not always result in good intentions or outcomes tomorrow. Even though California claims it has remedied its security issues with the donor information, the previous security breach reminds us that the government is not infallible. And while one hopes that donor information held by the state will always be used correctly in the future, much depends on continued ethical practice by public officials—something that, unfortunately, is not always guaranteed.

Was the Court’s decision overly broad?

It’s important to step back and note that all of these examples so far have concerned charitable organizations with controversial political views. It’s true that many, if not most, charities are minimally controversial. Many donors have no objection to disclosing their information; in fact, many publicly proclaim their charitable giving.

Justice Sotomayor noted as much in her dissent, arguing that this demonstrates the Court’s decision was overly broad. In particular, she accuses the Court of assuming that donor association rights are inherently burdened by disclosure requirements. “You skipped a step,” she effectively says to the Court: burdens on rights of association need to be proved. Because burdens don’t automatically emerge from donor disclosure requirements, she contends, the Court should not have imposed a blanket standard that subjects them to the high degree of scrutiny the Court employed (known as exacting scrutiny).

To her point, the ruling may be broader than necessary. But it’s difficult to imagine Justice Sotomayor’s proposed alternative being tenable. She suggests that controversial charities should have to demonstrate a burden on associational rights and then apply for an exemption to disclosure requirements.

There are a number of potential problems that could emerge under this approach. First and foremost is the “deterrent effect” Chief Justice Roberts described. Because donors have little confidence their information will actually be kept private, they may be reluctant to give, knowing that their charities would have to fight a legal battle for this right with no assurance of a victory. Furthermore, applying for an exemption may draw additional attention, skepticism, and even hacking attempts upon the charity and its donors, increasing the social and political cost of applying for an exemption.

And finally, who’s to say which charities do and don’t support controversial causes? As more issues and organizations become politicized, organizations that once thought they were safe from the throes of political controversy may in the future find their information used against them and their donors.

Given the potential consequences of disclosing donor information, it’s easy to see why donor privacy and associational rights draw support across the board and why many have praised the Court’s decision. Nobody wants to lose his or her job for voicing a political or moral opinion or supporting a view that doesn’t comport with corporate’s. Nobody wants to be Brendan Eich.

On the whole, the decision in Americans for Prosperity was a victory for American civil liberties at a crucial time when social media and cultural norms have deterred many from standing for and articulating what they really believe. While the case deserves investigation on other grounds—including whether the “exacting scrutiny” standard applied was the right one, or whether the decision poses a threat to donor disclosure in electoral contexts—it should be commended for providing more robust protection for the critical rights of the First Amendment. If we want to foster a society where Americans will be capable of the intellectual and moral integrity to truly think for themselves and act accordingly, we should celebrate the outcome of this decision. 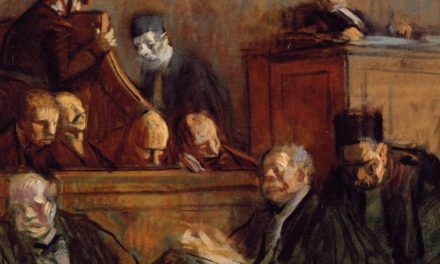 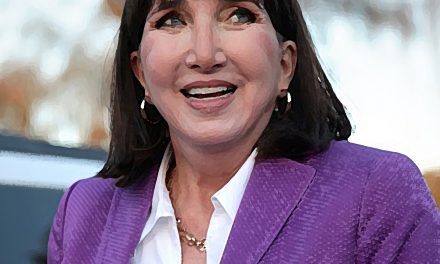