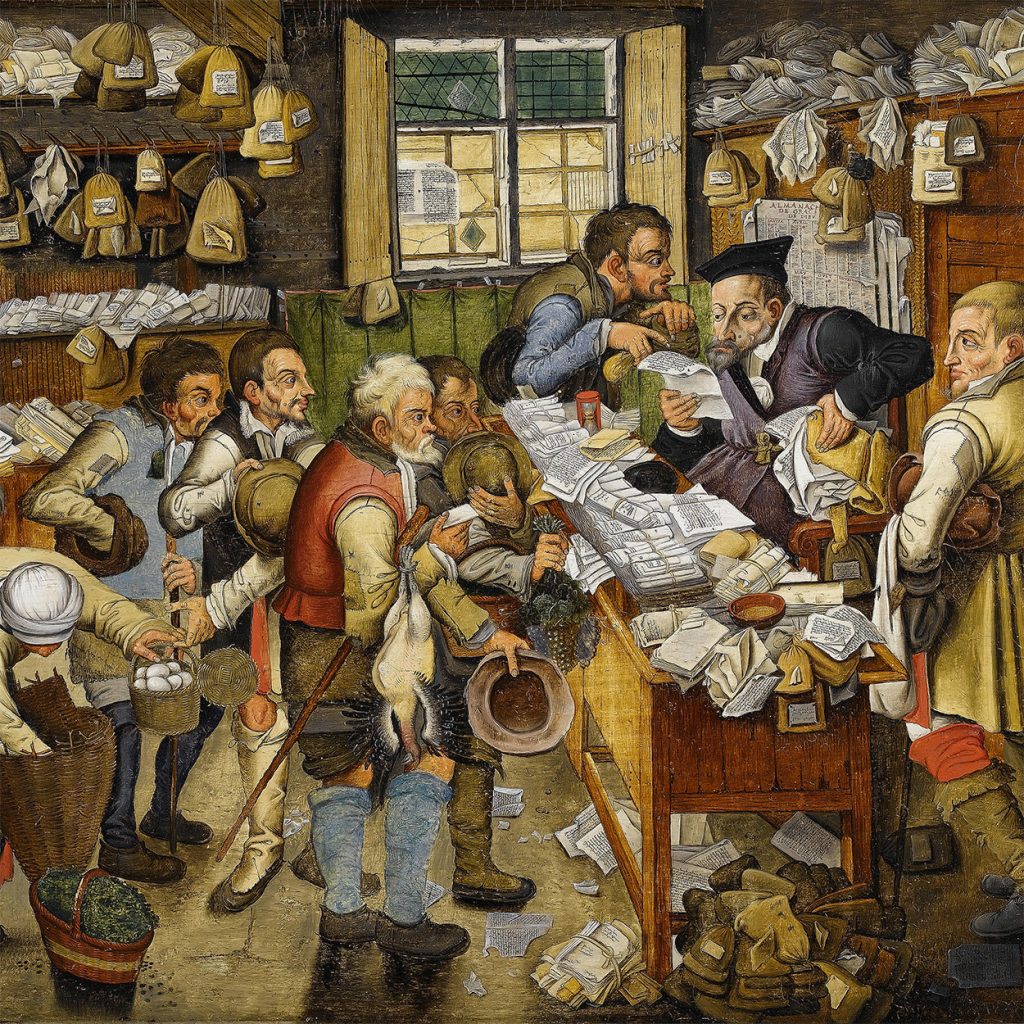 Carl Herstein retired as a partner from a large, Midwestern law firm. He is a past recipient of the St. Thomas More Award from the Catholic Lawyers Guild of Lansing, Michigan. He has a J.D. from Yale Law School.

As society becomes more secular, we’re relying on the legal system to replace personal ethical systems. But how effectively can the law actually do that?

What is the difference between the legal and the ethical or moral realm?

Ethics and philosophy have been studied forever. Some consider law the world’s second oldest profession (which a few disparagingly suggest is directly related to the oldest profession). In fact, even calling oneself a catholic lawyer requires a good deal of hubris these days.

I am reminded of the story of St. Peter, the lawyer, and the Pope, which perhaps some of you know. It seems that a pope and a lawyer died at the same time on the same day and met St. Peter together at the pearly gates. St. Peter told them he would escort them both to their new homes in heaven. First, they traveled through increasingly beautiful neighborhoods until they finally reached a palatial estate, close to God’s right hand. St. Peter told the lawyer that this would be his home in heaven forever. The Pope then rubbed his hands in anticipation, thinking to himself that if an unknown lawyer was given such a mansion, then he would have an even greater reward. However, St. Peter then led him back down to the much more modest dwellings nearby and ushered him into a pleasant, but considerably less splendid abode. Unable to restrain himself, the Pope said to St. Peter: “I do not mean to seem ungrateful, but I have been the leader of your flock on earth and yet you have given that lawyer a mansion and I have but this unassuming house.” St. Peter responded: “You must understand, Holy Father, that we have dozens of popes like yourself here in heaven, but this is the first lawyer we have ever gotten.”

While it is particularly evident in my Catholic community, it should be plain enough to anybody that law is not ethics or morality, at least not in the United States in the 21st Century. How far the two have come to diverge is, I think, a matter of importance.

Law is about at least two things fundamentally: rules of conduct and methods for determining whether those rules have been violated.

As we all learned in school, rules of conduct may be addressed at things we as a society consider intrinsically evil, such as murder. They also deal with things that are matters of common necessity, such as traffic laws, and of commercial convenience, such as the rules of contract.

Law is not ethics or morality.

In our increasingly relativistic society, the area of agreement about that which is fundamentally wrong seems to be going in two diametrically opposite directions. First, fewer and fewer things that traditionally seemed intrinsically evil are understood to be that way. And second, more and more things that might seem to be matters about which reasonable people might disagree are being treated more harshly than the old heinous crimes.

To understand the significance of this, I hearken back to the differences between my religious view and the current American secular view of matters. Most religionists are essentially absolutists at heart. While we get into big disagreements among ourselves about the details, the fact of the matter is that we all believe that there is absolute right and absolute wrong and that it is possible for people of good conscience to tell the difference about the things that really matter.

Lying, cheating, stealing and all the other wrongs covered by the ten commandments are sins and it would make no difference to us as private persons whether the law of the state or the country in which we live permitted us to engage in the conduct. Furthermore, we are in the habit of interpreting laws of common convenience or commercial necessity in light of this basic morality. In other words, we tend to look at most legal issues—for example, violations of contractual rights—through the prism of moral views about honesty and fair dealing.

The traditional approach of viewing law through the prism of a traditional moral code has been shared by many religious groups, Christian and non-Christian alike. With the growing secularization of society, however, this viewpoint seems less commonly shared. For those without religious values, there may or may not be defined moral or ethical values that command their allegiance, particularly for those who accept theories of moral relativism. For them, therefore, there is a danger that they will be left with the law and nothing else.

This is a worrisome result for several reasons. Law works best when people police themselves. There are not enough police, and, incredibly, there may not even be enough lawyers, to deal with a situation in which people seek to get away with as much as possible. Second, law is extremely expensive. It is only cheap when compared to the alternatives of violence and chaos.

Self-policing is vastly less expensive and enormously more efficient. Furthermore, law is always playing catch-up to technology, changes in habits, and trends in culture. While there may be no clear-cut guides in some of these areas, moral and ethical systems at least afford analogies to the new circumstances that permit reasoned decision making.

Finally, reliance on law alone is a breeding ground for cynicism. The best system of law—and ours may yet be the best system for all its flaws—is far from a perfect decision-maker. Because it is time-consuming and expensive but still produces imperfect results, the person who looks only to law may come to believe that the social order is too seriously flawed to deserve respect.

To put this another way, the less the need for reliance on the law the better. The fewer things that the legal system is required to deal with, the more effective the process. And the only way for the law to deal with fewer things is for the members of the society to rely more heavily on their own moral and ethical codes rather than expecting the legal system to provide an effective substitute.

There is a danger that they will be left with the law and nothing else.

Unfortunately, we are relying more and more upon the legal system. Since there is less agreement upon what is fundamentally good or bad, there is more emphasis on the ability of the legal system to differentiate what is legal from what is illegal, as if that were an adequate substitute for moral consensus.

At the same time we are seeking to make the legal system work in a very precise way with respect to all sorts of contemporary value judgments regarding such issues as sexual harassment, family leave, civil rights, environmental issues, etc. where there really is a lack of common agreement about the moral and ethical basis for many of the details (and sometimes much more than the details) of what these laws address.

Since the process of enacting and enforcing these laws has become so central (as opposed to the task of integrating these issues into fundamental moral and ethical systems of values), legal contests are now taking on quasi-religious dimensions. They are also becoming increasingly bitter, fractious, and judgmental.

Since law provides the codification of the secular value system, law too is becoming increasingly intrusive and judgmental. For example, more and more civil laws are having criminal punishments engrafted upon them, primarily, I believe, because the most ardent supporters of these laws see them as punishing evildoers. However, it seems abundantly clear that there remains substantial disagreement among the community at large about the validity of this secular value system.

To take another example, what is remarkable about the abortion debate is not the passion of those of us who are opposed to abortion because of our deeply held religious views, it is the passion of those who are “pro-choice” because of their secular and explicitly nonreligious values.  Those who are opposed to abortion want to see the law reflect their view, but regardless of what the law is, they will continue to believe that abortion is immoral. Those opposed to legal restrictions on abortion often see abortion as a morally neutral choice that one accepts or rejects based upon equally worthy value systems among which society has no right to differentiate. While many who are abortion advocates say that they are opposed only to restrictions on abortion and are not really in favor of abortion, this truly seems more and more to be a distinction without a difference, since the law is their primary symbol of judgment and if there is no law, there is little else to circumscribe wrong-doing.

In summary, there are two critical trends. Law is becoming ever more distant from its relationship with conventional religious morality at the same time it is being asked to serve an ever larger role as the arbiter of secular virtue.

This makes law too important and morality and ethics too irrelevant. The result, I fear, will be more laws and more unhappiness with the legal process. And if this becomes the case, our only hope will be that Saint Peter discovers that he needs an entire new suburb in heaven for a bumper crop of saintly lawyers, because we will need all the saintly virtues and more to make such a legal system succeed. 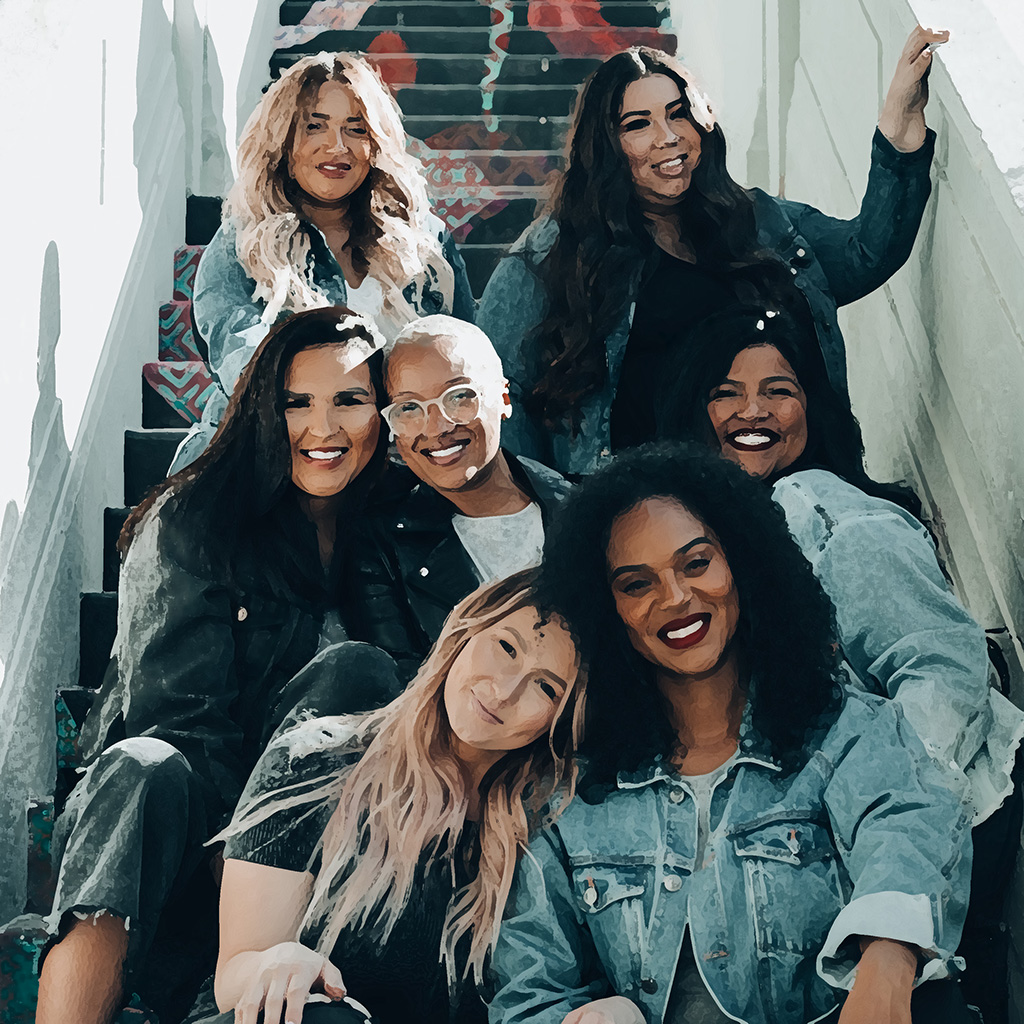 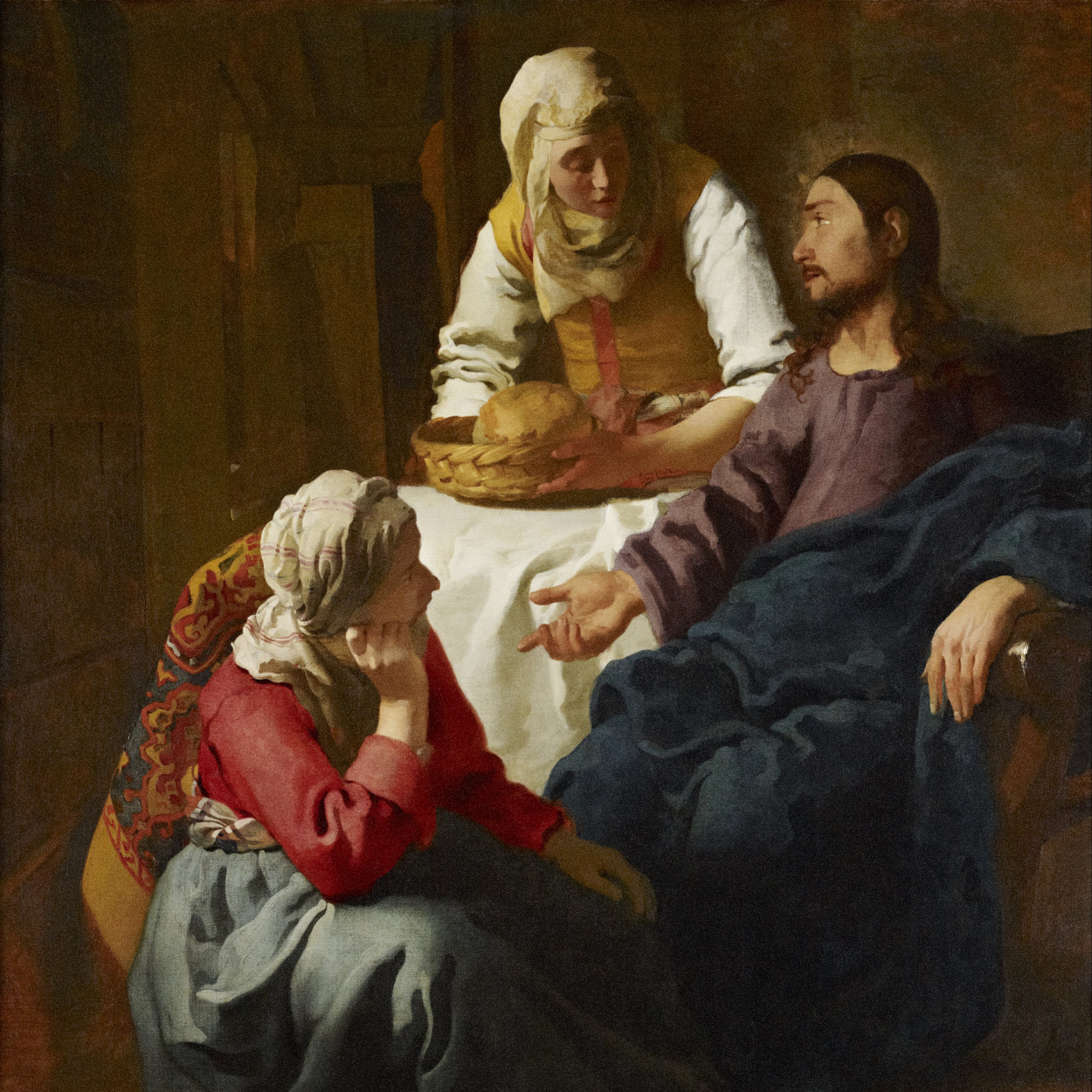 How Christ Includes and Empowers Women 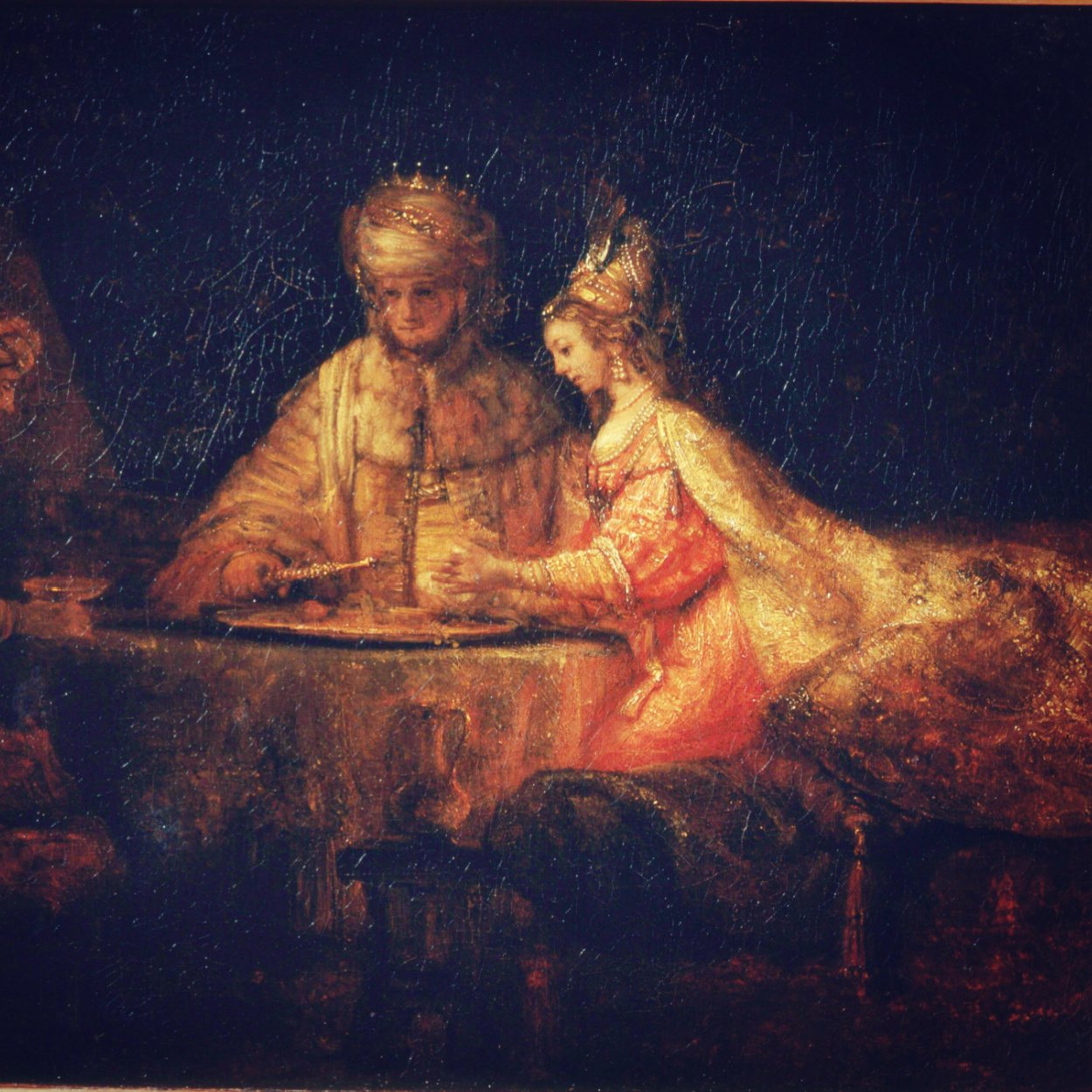