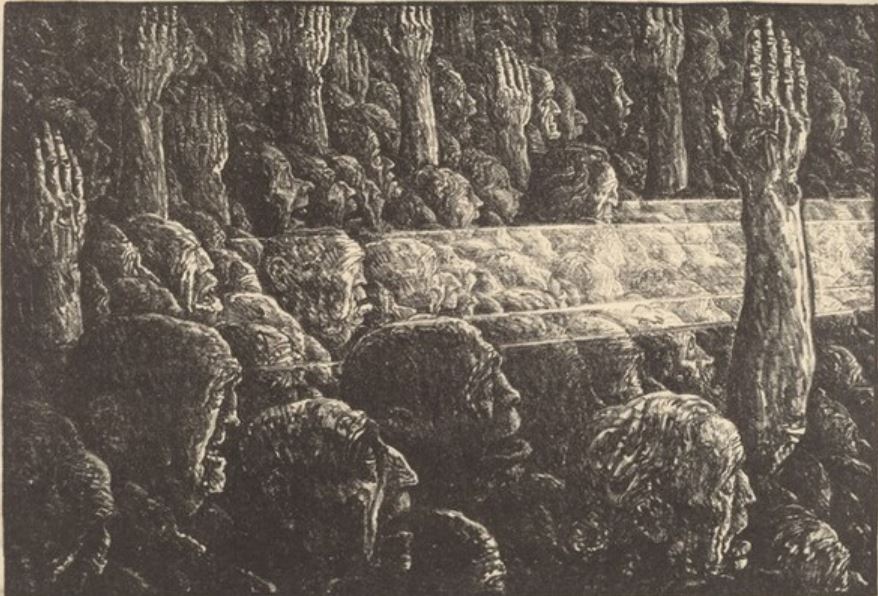 The Mobs Now Come from Both Sides

In America today, even mobs come in red and blue flavors. This was especially evident in last week’s controversy over a featured Church News article, and subsequent apology.

Sarah Jane Weaver was not wrong.

This week, the editor of Church News was blasted from two different directions—first, after publishing a strong essay by Elder Tad R. Callister, an emeritus general authority of The Church of Jesus Christ of Latter-day Saints (arguing that family well-being is the root cause behind many social ills), and second, by issuing an apology to those criticizing the decision to feature such a piece (stating that largely that due to a holiday weekend, the normal editorial process had not been complete).

Like most public apologies, many things were left unsaid. And into that vacuum, rushed the passions on competing sides: (1) Hurrah for an important public figure in the Church acknowledging how harmful this kind of a message is! (overreaction and overstatement from the left) and (2) Can you believe a Church publication is caving so quickly to the woke mob— backing away from defending Church teachings boldly, precisely in a time when we need more of this? (overreaction and overstatement from the right).

Lost in the war of words that ensued—as is often the case with a “war of words”—is the actual truth of the matter, which is likely far less exciting than either side likes to imagine. And what is that?

Hear us out. We also edit articles each week.  And we love Elder Callister as much as any member of the Church. But like every article, we agree his could have been improved.

But it’s not always easy to find the time to do that right. Just yesterday, we acknowledged to someone who had reached out, ways one author’s article mischaracterized some events last year—and made an apology of our own for not catching the error.

Which is not the same thing as rejecting an article’s message as a whole.

Putting ourselves in Sarah’s shoes, for a moment, there are two specific edits we could have imagined suggesting to Elder Callister. First, we might say something like:

You are making an important point here in a timely article. But in lieu of this metaphorical line (“These ‘solutions’ are nothing less than time bombs wrapped with glitter and a glamorous bow.”)—which could be experienced as a “zinger,“ we’d propose something a little more descriptive, such as: “However great these attempted solutions may seem in the short-term, there are many reasons to believe their long-term consequence will be severe.” Then, the rest of the paragraph could continue largely unchanged, “Ultimately, the day of reckoning will come. One cannot circumvent God’s commands and expect to escape the divine consequences, regardless of how decorated the package may be or how cosmetically appealing the language may sound.”

Our second suggestion would be adding what we call a “but of course” paragraph that acknowledges some things you are not saying, but which you might be misunderstood as insinuating if not making certain things more explicit. For instance, he could add something like:

None of this is to suggest social programs or ambulances aren’t sometimes still necessary—and even crucial in many ways. When wounds are gaping, the God we worship certainly wants to attend to and minister to the afflicted.  And, of course, many of those wounded are hurting due to the actions of others—and not because of anything they have done (or not done). Among other things, the world’s betrayal of God’s laws generates endless traumatic victims of these larger unfortunate patterns—especially among women and children. Certainly, we need to continue supporting these victims compassionately—while still keeping our eyes on the root problems that generate so much heartache, and seeking corresponding, redemptive solutions.

We might also ask about the wisdom of quoting a polarizing figure in the former Trump administration within an official Church venue (although the quote is really quite profound).

Notice, these proposed edits would be designed to strengthen Elder Callister’s argument, rather than “cave” and somehow “recant” his core message (which some have speculated Sister Weaver was winking at in her apology).

We know Sarah to be a faithful woman who loves God, and who is doing a tremendous amount of good in the world. Our own Prophets on Pandemic article last year was made possible only because of her extensive work in generating a whole series of beautiful original articles elaborating extra prophetic insights and encouragement in those scary times.

And we are only one of millions who have been strengthened by Elder Callister’s powerful writing and speeches defending the authenticity and truth of the Book of Mormon—and uplifted by his public teaching and writing about the Atonement of Jesus Christ.

None of this record of prior goodness was reflected, however, in the fierce and ugly response to first Elder Callister’s article from one group of people, and then to Sarah’s apology from another group of people, both of whom deserve some additional scrutiny today. Rather than consider the kinds of sensible writing improvements any editor-not-on-vacation would have recommended, and instead of raising reasonable questions about how extensive her editing might have been, some decided this would be a good time, instead … to criticize Sister Weaver’s appearance.

We’re not going to repeat or quote any of that here. We’re simply going to ask what should be a more obvious question to anyone involved:

Where is Jesus Christ in all of this tumult and anger?

Nowhere to be found.

To those who sincerely believe progressive hegemony has reached a dangerous point, we agree with you.  But if you’ve decided aggressive tactics are now necessary, we would simply ask you to reconsider what God is really asking us to do. Would the Lord’s prophet on earth—or Jesus Himself—approve what you are tweeting, emailing, and writing?

In the other direction, of course, there was plenty of vitriol that came Sarah’s way from those insisting The Church News take down the article. We’re sure there were many in this crowd with sensible and thoughtful questions of their own. And that is what we believe Sister Weaver was attempting to respond to, in good faith.

Yet we have to wonder: Would additional editing and smoothing of the message have substantially changed the public response the article received?

Maybe a little. Certainly, the acknowledgments would have helped those wondering what his message signaled to single mothers, those who experience same-sex attraction, etc. Especially in our world today, it’s hard to say too much about genuine, Christ-like love and compassion.

But it also seems abundantly clear that, even with the best of editing, the most effusive qualifications, and the smoothest of deliveries, many would still struggle mightily with the core message of the article.

That powerful message is, unfortunately, exactly what’s getting missed and misrepresented amidst all the furor (as is so often the case—shout-out to another recent controversy!).

In short, Elder Callister’s core message is going to be hard for anyone enamored with prevailing socio-political ideology to hear. Why?  Because his critique strikes at the heart of the dominant problem definitions of modern society.

Namely, “racism is the greatest problem we face today” (as one friend told us).  Or “climate change is the great challenge of our time.” Or “reigning in guns is the most urgent question facing America today.”

In response to that, Elder Callister’s caution was clear:

If you were asked, “What is the greatest challenge facing our nation today?” how would you respond? The economy, national security, immigration, gun control, poverty, racism, crime, pandemics, climate change? While each of these is a valid concern and deserves attention, I do not believe that any of them strikes at the heart of our greatest challenge—a return to family and moral values. To put our prime focus on other challenges is to strike at the leaves, not the root, of the problem.

His subsequent commentary (well-worth reading in its entirety) breaks down why this common way of thinking about problems may only make things worse.

That might hurt.  Especially if you’re one of the many who have invested so much of their time and energy in advancing solutions that take this problem definition for granted.

But what if these things are, as Elder Callister argues, actually worrisome symptoms, rather than the underlying causes?

That means all our tremendous expenditures of energy, however well-intentioned, could be misguided and ultimately, something we will regret.

If, that is, the longer-term well-being of society is our main concern.

If your precious child is standing on the train tracks, and you see a train coming far in the distance, who among us wouldn’t raise a loud voice of warning?

That’s what Elder Callister did. And that’s why The Church News published it.

You might disagree with his analysis or their decision.  But let’s not pretend that any of them are trying to “hurt people.”  They—and we—earnestly believe this is a message the world needs to hear.

And we feel as passionately as any BLM or climate activist.

We may not ever agree on these things in America, and maybe that’s okay. As long as we continue having space to share our competing visions with each other, that allows individual citizens the precious chance to choose for themselves what they believe is true.

Rather than stifle and silence those sharing ideas some of us do not like, heaven knows, America could use all the best ideas on the table for how to move forward.

May the public square continue to be sacrosanct—and a place for all voices, especially unpopular ones, to be heard out. 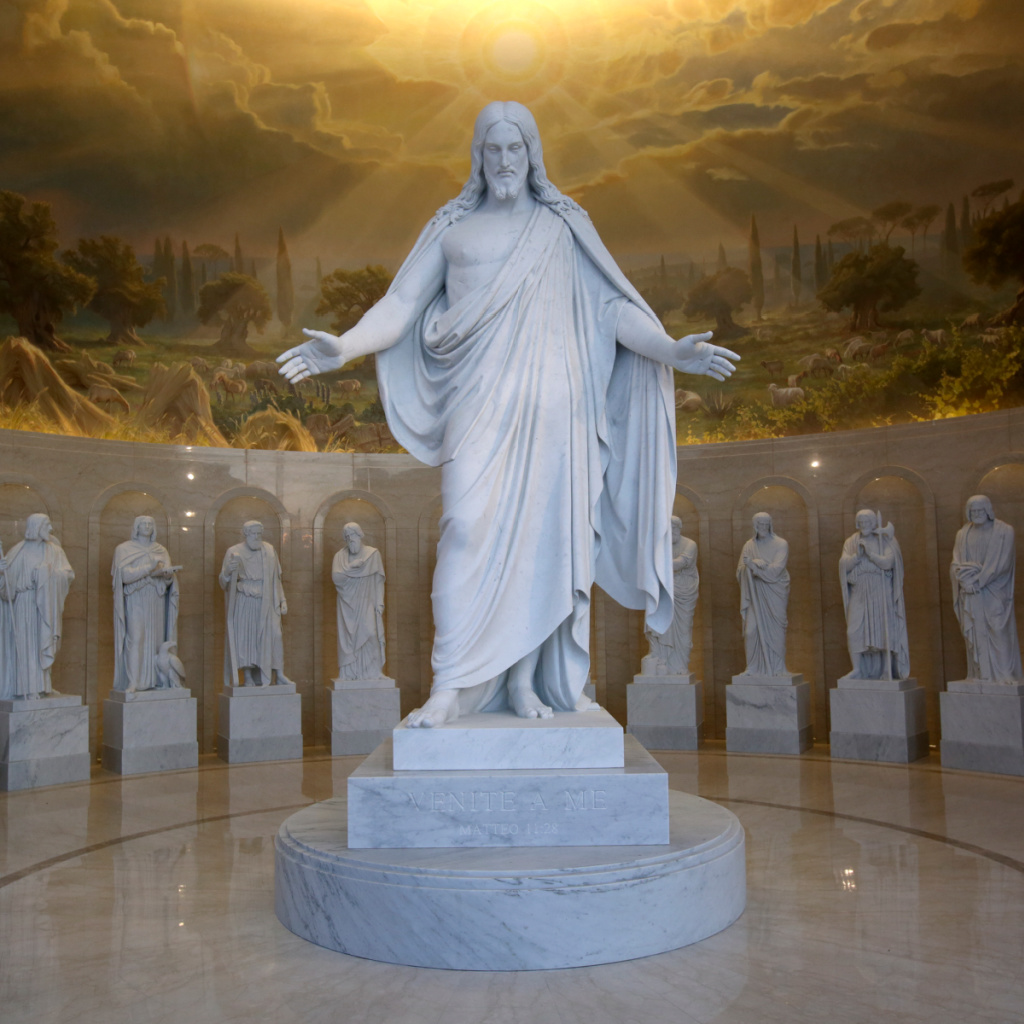 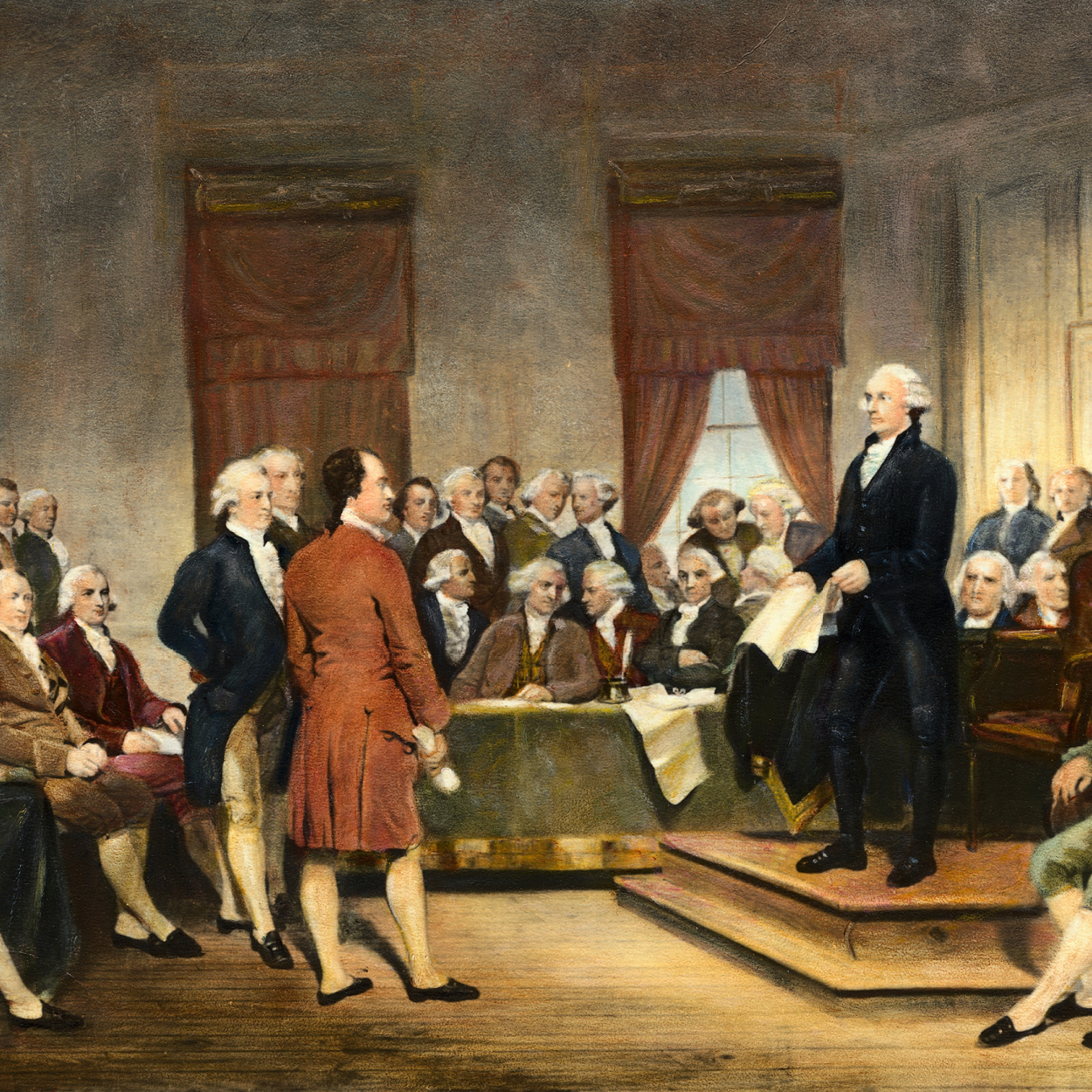