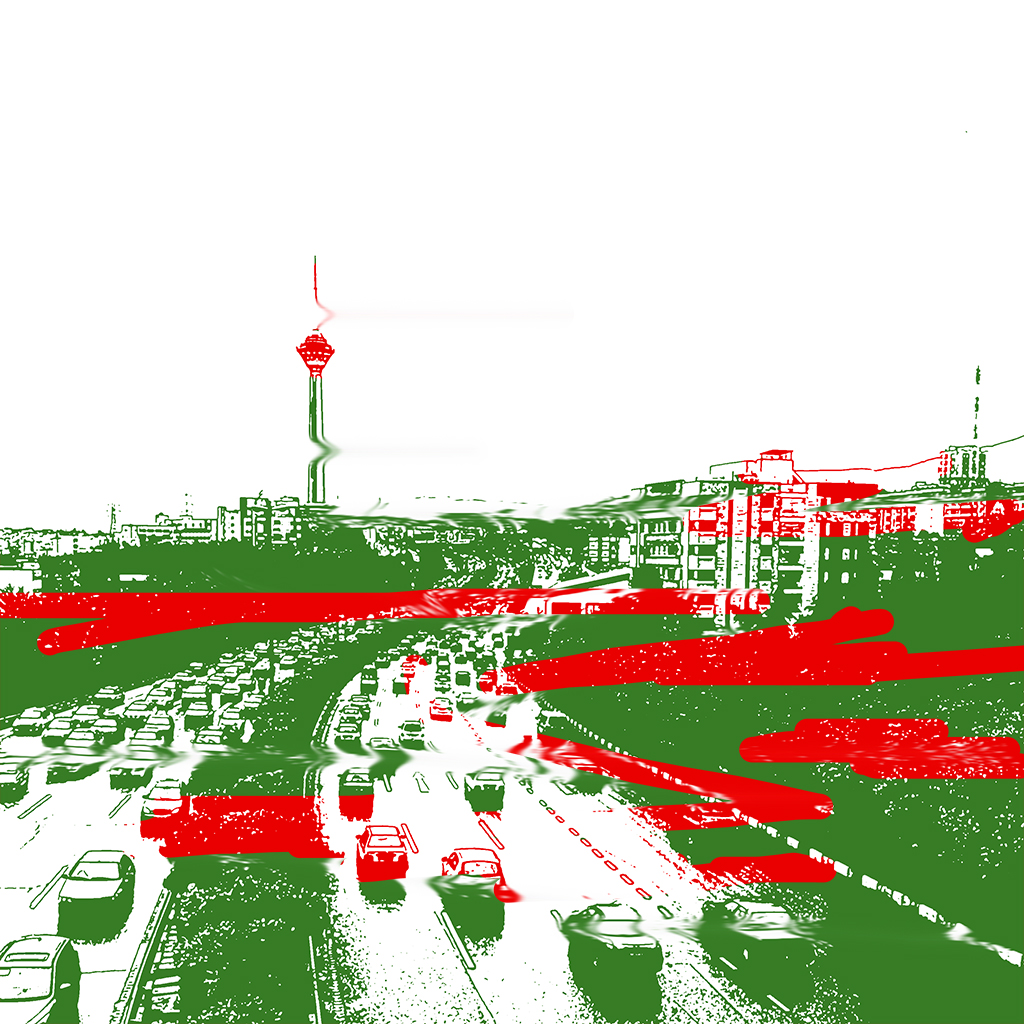 The Iranian Protests Are More Than What You’re Seeing

It’s hard to know what’s happening in Iran with the internet blackout. Here’s a guide from an Iranian friend keeping close tabs on protest developments, with the help of family and friends in the country.

It’s been surprisingly hard to find accurate reports on the escalating situation in Iran—with many outlets in the U.S. far more focused on domestic issues than aching conflicts overseas. This helpful summary was shared this week by a local Utahn we know from Iran, trying to help his friends understand what’s going on. To protect his own loved ones in Iran, he needed to stay anonymous—so we pass it along to others who may appreciate it as much as we did.

As you might have seen on the news, my home country of Iran is currently experiencing an unprecedented wave of protests that have led some to call for an all-out revolution. So I decided to write this, explaining what exactly is happening as best as I can, based on the information that’s coming from the country, either directly through my family members and friends or through on-the-ground videos and tweets that I’ve been closely monitoring. Although this is an admittedly simplified reference, I hope it will be helpful for those interested in knowing what’s happening but might not know where to look.

How did it start?

On September 16, a 22-year-old woman named Mahsa (Zhina) Amini was arrested by Iran’s morality police in the capital city of Tehran for wearing an “improper hijab,” and while in their custody, she was severely beaten and ultimately died as a result of the trauma to her head.

The authorities claimed that she was not beaten at all and had instead died of a heart attack due to a pre-existing medical condition. Her family denied this claim. All of this led to the start of the protests in Tehran and Mahsa’s home province of Kurdistan, and very quickly, it spread to the rest of the country. As of right now, every major city and lots of smaller cities across the country have been involved in protests, and almost every day, more cities are joining in.

Who are the protesters?

While there are people from every age group involved in the protests, the majority of them appear to be in the Gen Z age group. Although the protests began in certain groups and places, people from pretty much every group, class, and ethnicity across the entire country are involved in it.

What are the demands of the protesters?

Some news outlets here in the west have reported on the protests simply as “anti-forced hijab protests” or “women’s rights protests.” While those are some of the concerns, their main demand goes well beyond it to the complete abolishment of the Islamic Republic regime and the establishment of a democratic system.

From my observations and experience, the vast majority of the people in the country see the Islamic regime as their enemy and even compare them to foreign invaders in many cases. This becomes very clear when you listen to the slogans and chants that are being used in the protests. Such as:

“We will fight, we will die, we will take Iran back”
“Death to the Dictator”
“Death to Khamenei (the supreme leader)”
“We don’t want the Islamic Republic”
“We have no job, no hope; we have forced hijab”

They rhyme much better in Persian, of course 🙂 But those calling this a feminist revolution also do so for good reasons. Women are at the forefront of this movement. There are dozens upon dozens of videos of women, young and old, taking off their scarves and burning them at the protests while everybody else cheers them on. In fact, one of the most prominent slogans used by the protesters is:

I believe it is extremely important to portray this movement for what it is. The Iranian people want freedom, justice, stability, and equal rights for men and women, and they believe none of that is achievable as long as the Islamic regime is in power. They blame the whole ideology of the Islamic regime and all of its leaders for the current situation.

It’s important to understand that the vast majority of the Iranian people want a regime change, and they don’t see the Islamic Republic as their representative.

How has the regime responded to the protests?

The regime started by limiting people’s access to the internet to prevent them from being able to organize online and to stop them from publishing news and videos on social media platforms like Twitter and Instagram.

It’s so bad that even the majority of VPNs don’t work either, but some people have been able to find ways to have their voices heard.

And, as always, they are using extreme force to try and stop the protests. So far, the government itself has announced that about 41 people have been killed, but Human rights watch groups and independent groups put the number to somewhere between 70-180 people.

What’s so different about this uprising?

An uprising on this scale has not been seen in Iran since the 2009 Presidential Election protests. And while the scale of that protest was much larger at first, it was crushed much faster, and also it started as a protest to demand a recount of the election results.

There have been other protests since then, for example, back in 2017 and 2019, and in those protests, people were demanding a regime change as well. But what makes this one more interesting is the fact that, once again, pretty much every group, class, and ethnicity across the entire country is involved in it. Although the protesters don’t have a leader, it seems like they all have been united behind the idea of toppling the regime.

The activities on social media also made a lot of people outside of Iran aware of what’s happening. Even though Twitter is blocked and extremely hard to reach, Mahsa Amini’s name has been mentioned over 80 million times on Twitter. This attention has given the people of Iran more hope and courage to face the security forces.

Many Iranian celebrities in Iran (actors, athletes, …) have publicly joined the people by denouncing the regime and showing support and solidarity for the people. This is huge because, as they know very well, if the movement fails, at the very least, they will not be able to ever work again inside Iran.

Another thing that seems a bit different this time is the way security forces are reacting to the protests. A lot of people have mentioned that they seem to be tired or not motivated enough anymore. Some are even speculating that the regime might not have enough forces anymore.

Another thing that has fueled the protesters is the reports of the supreme leader’s poor health, with some even believing him to be on death’s doorstep.

Either way, what’s very clear is that the regime, for whatever reason, hasn’t been able to crush the protests as they have done before. That, plus the courage displayed by the Iranian men and women, is encouraging enough that a surprising number of people believe that the regime could be on the verge of collapse.

Can the protesters actually win?

Maybe? I think it’s too early to say, but the level of confidence I’ve seen from the population is unlike anything I’ve ever experienced. As an extremely skeptical person, I’m trying to stay realistic and not be too confident, but even I can’t help being a bit optimistic—definitely more optimistic than I’ve been in my whole life.

For it to be successful, it will require more and larger protests all across the country, and protesters will need to start securing government buildings. Another thing that has already started that can help the movement in a huge way is mass strikes across the country.

Of course, there are many risks. The collapse of the regime can lead to a power vacuum and a lot of chaos and confusion. Some have even said it might cause an all-out civil war, and people do understand those risks.

The problem is so many of them have gotten to the point of feeling they have nothing to lose anymore. To quote a friend of mine living in the country:

We’re being told the country might tear itself apart if the regime collapses. As if that’s not already happening, all of our lakes and rivers are going dry, and the government is imprisoning environmental activists. Our entire history and culture are being purposefully destroyed by our leaders and being replaced by religious doctrine.

The supreme leader ban[ned] the import of US / British-made vaccines while thousands were dying every day from Covid just because he wanted to act strong. They execute social/political activists while protecting child-molesting clergy. More and more of us are living in poverty while they spend billions on terrorist groups in the region and take their family members to foreign countries to buy luxury items. And then jailing the reporters for reporting on it. People are terrified every day that the regime is gonna drag them into another bloody war just to save its own neck.

Why should you care, and what can you do about it?

The Iranian regime and its allies are responsible for many acts of violence around the globe, especially in the Middle East. If removed, it can create the opportunity for a true form of democracy in the heart of the Middle East, which would help stabilize the region, and the rest of the world, to some extent.

As I mentioned earlier, a lot of news coverage is either just focusing on one aspect of the protests and missing the whole point or, for some reason acting as the regime’s mouthpiece (some of that disheartening reality has to do with the huge number of lobbyists they have in the western countries). So please, if you’re curious about what’s happening, try and talk to someone from Iran either on Twitter or in your own communities. We’re not that hard to find. We’re usually very good-looking and have majestically large noses 😀

All of these are just my personal observations based on the information available to me. I’m not a political analyst or a journalist—but I care much more than other commentators because this is my people. I hope this summary is helpful. Thank you for keeping the people of Iran in your thoughts.