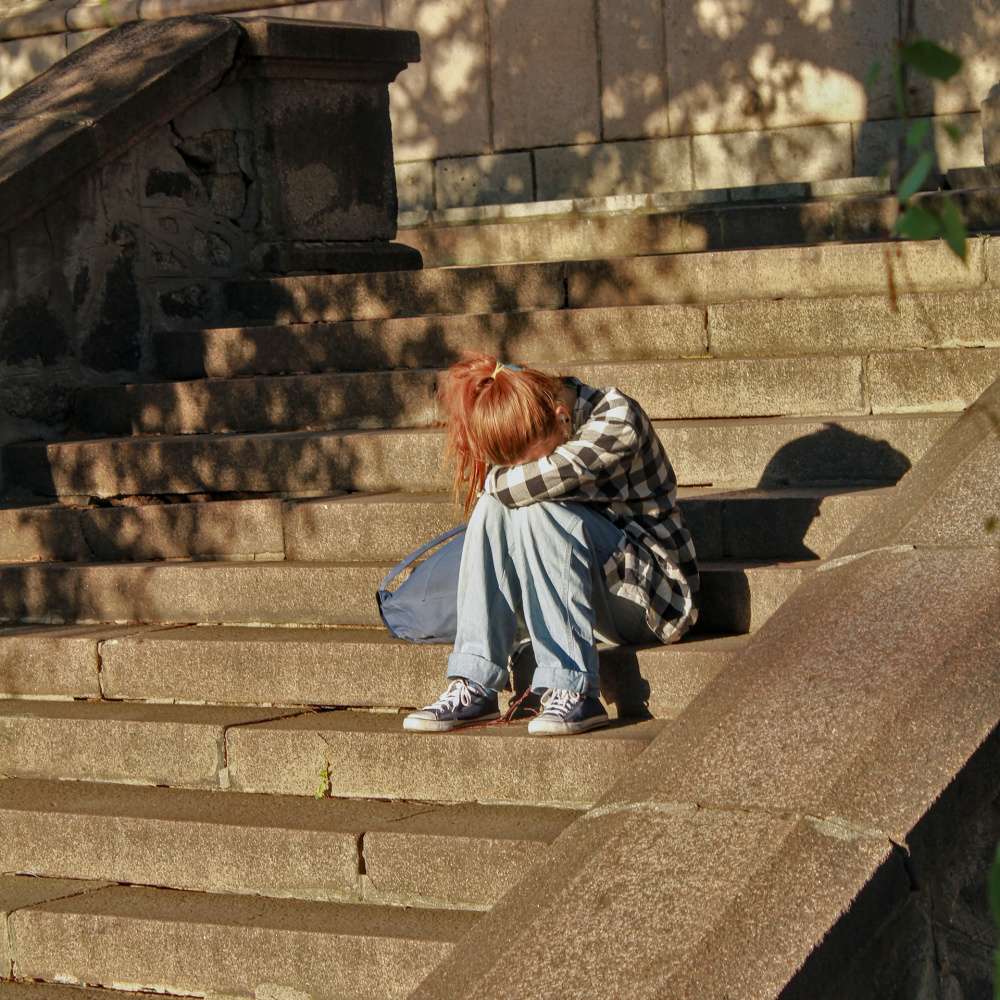 We need to carefully weigh the complex factors that put children at risk of abuse against satisfying narratives of institutional treachery.

Photo by Zhivko Minkov on Unsplash

If you aren’t up to speed, the AP news broke a story just over ten days ago detailing the horrific sexual abuse of two Arizona girls at the hands of their father, all members of the Church until the father’s excommunication. Over a period of seven years, Paul Adams repeatedly raped his young daughters, often filming it. His youngest daughter was only a few weeks old when he first assaulted her. The extent of the abuse is too horrific to detail here, but the crux of the matter for The Church of Jesus Christ of Latter-day Saints—and many members—is that the family’s bishops were aware to some extent of the abuse and never reported it, despite an ongoing association with the family.

When we learn about events where someone has been hurt so profoundly, it sometimes feels like the best way to honor their pain is by refusing efforts that don’t match their tragedy in swiftness or intensity. In the face of such inconceivable injustice, anything less than full and immediate resolution feels like another failure—where the first failure was already too much to contemplate. This could well be the correct instinct if it drives us to take action—however difficult—on behalf of the victim and to protect others.

But if we are not careful, we can prioritize our own need for resolution above the needs of the vulnerable. When confronted with incomprehensible and senseless evil, we yearn for tidy moral takeaways that give us a sense of control (“nothing like this could ever happen to me because I understand x”) and which will allow us to put our feelings into immediate action. But oversimplifying events necessarily involves omitting or de-emphasizing parts of the story that might significantly impact our ability to prevent similar tragedies going forward. That’s a risk none of us should want to take.

There has been alarming haste to see the events related by the AP story as evidence of institutional evil rather than individual human error.

In particular, there has been alarming haste to see the events related by the AP story as evidence of institutional evil rather than individual human error(s). It’s worth asking what happens if this framing is wrong, particularly for those at risk of abuse. In other words, what do children—and especially vulnerable children—stand to lose if public condemnation misfires and the accusations of institutional cover-up and self-interest are fundamentally incorrect?

The truth is, there are a number of less sensationalized but well-known risk factors for child abuse at the individual, family, and community level that the Church excels at mitigating.  For example, the Church’s teachings and norms around marriage mean Latter-day Saints are less likely to divorce, especially as their activity in the Church increases. Family structure is the most important factor in determining the risk of child abuse. US Dept. of Health and Human Services’ National Incidence of Child Abuse and Neglect reports that “children living with two married biological parents had the lowest rate of overall Harm Standard maltreatment, at 6.8 per 1,000 children. This rate differs significantly from the rates for all other family structures and living arrangement circumstances. Children living with one parent who had an unmarried partner in the household had the highest incidence of Harm Standard maltreatment (57.2 per 1,000). Their rate is more than 8 times greater than the rate for children living with two married biological parents.”  Poverty, social isolation, and substance abuse are also important risk factors for child abuse that are lower among active church members than in the general population. We need to carefully weigh the complex factors that put children at risk of abuse against satisfying narratives of institutional treachery.

Additionally, as the Washington Post itself admits, church leaders have, in fact, reported hundreds of cases of abuse to authorities. The Post caveats this concession by pointing out that we don’t know how many cases the Church has not reported, an implied accusation of the widespread hiding of abuse without commensurate evidence. But if the Post is wrong, and there are fewer abusers on the loose because of church efforts, then stories that sow distrust in the Church as a bastion of hidden sex abuse are hindering its ability to remove children from abusive situations.

Even where abuse is not reported to officials and only confessed to a bishop or other leader, it does not follow that vulnerable children are better off either without the Church or where the Church has no discretion about reporting. As Christopher Cunningham has already pointed out, mandatory reporting without exemptions does not make abuse go away—it might simply make it harder to discover. No doubt Church leaders are weighing that complicated and very serious tension when contemplating when and how to report abuse. Those wanting to help victims must weigh the ability to discover abuse against the need to hold the abuser accountable before the law immediately.

A friend recently shared that in her own congregation, the bishop accidentally learned about abuse taking place within one family and reported it. The victims denied the abuse, and authorities were ultimately unable to take any further action. From that time forward, the family was no longer permitted to attend Church by the perpetrator, making it impossible for ward members to help—some of whom had experience with domestic abuse and could have served as valuable resources in efforts toward moving this family toward treatment and healing.

All of this is to say that if the AP story is actually one about human error(s) rather than institutional evil, and we jeopardize the work of institutions that, overall, do more good than harm, we are not helping children in the aggregate. We are endangering them.

The most vulnerable are counting on us to consider all the angles—not just the heated headlines.

One of the difficulties with the conversations taking place online right now is that the vast majority consists of angry voices calling for sweeping legal, therapeutic, and church policy reforms based on information from a single article about a single incident. Those who express less confidence that they understand all the moral imperatives involved and who are therefore unwilling to coalesce suddenly around hastily proposed reforms are accused of being complicit in wanting to hide or ignore child abuse. To listen to these conversations is to believe that it’s all really as simple as having CPS on speed dial, with no suggestions about how to deal with very real complications, such as victims denying abuse and protecting their abusers, the mental and emotional difficulties introduced by separating children from their siblings and parents, and how the risks of extreme interventions should be weighed against less severe forms of parental failure.

For example, neglect is by far the most common reason for state child welfare services to remove a child from the home. While it’s difficult to estimate the rates of abuse in foster and group home settings, when it does occur, it is likely to involve serious forms of harm, such as physical and sexual abuse. The universal helpfulness of state interventions in dysfunctional family settings is far from settled, and some child advocacy groups are concerned that state services inappropriately fixate on child removal at the expense of more beneficial strategies for proactively supporting family healing, growth, and reconciliation in a way that keeps children in their own homes.

This isn’t to say that involving authorities isn’t sometimes exactly what needs to happen, as the Bisbee case illustrates, but to pontificate as though this is some simple affair in which those who hesitate or seek help before resorting to extreme measures are always acting from nefarious motives betrays a dangerous ignorance.

The fact remains that in the specific case in Arizona, horrific abuse was taking place, and it should have been handled by authorities long, long before it actually was. But the systems, laws, and policies that many seem eager to condemn or overhaul deal with a wide variety of situations that are not so clear cut—and children in these more complex circumstances also need to be considered. Churches and other forms of community-level support may be far better suited to help in these situations than the heavy, overburdened hand of state-level interventions.

As I’ve already written, the Church and my interactions specifically with priesthood leaders have been indispensable in helping me find healing from the traumas and dysfunction of my own childhood. No institution composed of humans, however, can eliminate all human error nor vouchsafe that there will never be perpetrators counted among us. Has any institution or organization ever done so? I believe that whatever failures or lapses currently exist with respect to supporting victims of abuse, the Church will happily seek to remedy them. In the meantime, I hope that we can proceed cautiously in our judgments and take careful stock of what’s at stake. The most vulnerable are counting on us to consider all the angles—not just the heated headlines.

Due to World Table going out of business, our comment feature is not currently available.
The views expressed are the author's own. 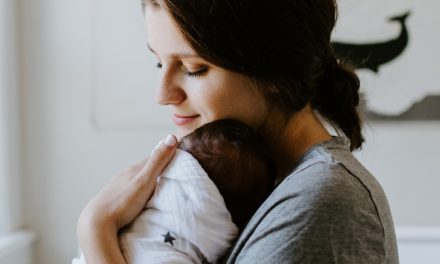 Abortion As a Proxy Battle Over the Sexual Revolution 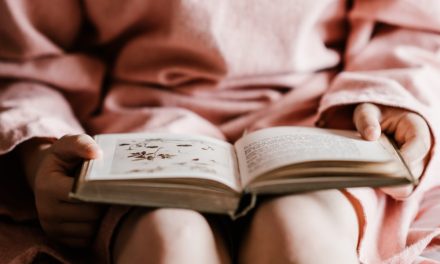 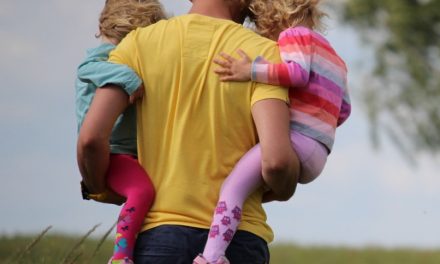