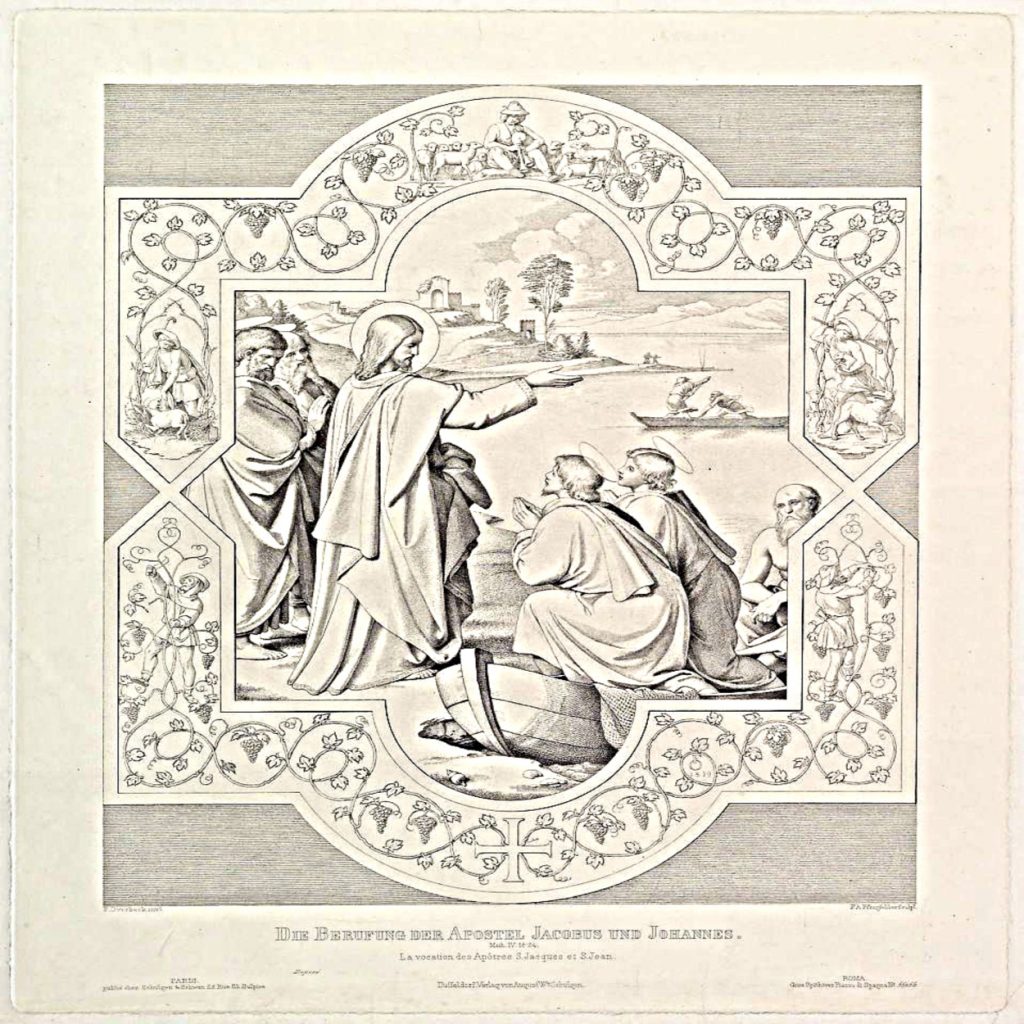 The battle with sin is our shared inheritance. Nobody is immune to a fall from grace. We must pray that our Father “suffer us not to be led into temptation” and then live to make that a reality.

Nearly eight years ago, a preacher of otherworldly rhetorical force brought his powerful and intellectual message of Christ-centered hope to the Tabernacle in Salt Lake City. Watching the live YouTube stream, I was taken in by the oratorical and erudite grace of Ravi Zacharias.

That was the first of many sermons I heard from Ravi, who died earlier this year. He was an evangelical Christian. I am a Latter-day Saint. Our doctrinal differences are real and sometimes rocky, yet we also share vast swaths of smooth common ground. From that day in 2014, I added Ravi to my quiver of leaders outside of my faith tradition who have something important to teach me. To borrow the words of the Catholic writer Peter Kreef, I have listened to Ravi with the “simple intention of becoming more saintly, more Christlike, more in love with and in the service of our common Lord.” Ravi’s witness of Jesus Christ has often warmed my heart and lit fires in my mind. He taught me to read more widely and to think more critically about what I believe. For eight years, I have followed his organization’s newsletter, listened to their podcasts, watched their videos, read some of Ravi’s books (he remains one of my favorite writers and storytellers), and even donated a few dollars a year to Ravi Zacharias International Ministries (RZIM). Their mission—to help believers think and thinkers believe—is a noble one.

Recent revelations of alleged sexual misconduct against Ravi have hurtled my thoughts about him and his teachings in a very different direction. Christianity Today describes, in lurid detail, some of the sexually abusive things he allegedly did in private to three women who worked in two spas he co-owned. It is an intensely depressing read for the tens of thousands, if not millions, of people who have chosen to change their lives because of Ravi’s winsome witness of the Savior of the world.

The veracity of these and other allegations is under independent investigations. Christianity Today is a faith-affirming publication, not known for hatchet jobs against leaders of the faith it promotes. Thus, it is easy to assume the worst. The implications of such an assumption are sickening and devastating. Just think: One of the world’s foremost Christian apologists—a man who railed against immorality with the same fury and passion as the prophets of the Hebrew Bible—was perhaps himself criminally immoral in some of his private moments. And his organization raised tens of millions of dollars a year for his ministry while doing it.

Vince Vitale of RZIM co-authored a book with Ravi in 2017. One chapter, written by Vitale, contains words that are now laced with cruel irony for the ministry Ravi left behind. “People will only be open to seeing [God],” Vitale wrote, “if they can also look at the lives of God’s people and see new birth, stability of character and identity, a deep knowledge of who we are, and a confident sense that we were designed for a great, life-giving purpose.”

If proven true, Ravi’s missteps will no doubt bring about for RZIM the same effect that a Book of Mormon missionary’s sexual improprieties brought upon a church of God in the Western Hemisphere of 74 B.C. As that missionary’s prophet father said to him after his escapade with a prominent harlot in a nearby city, “O my son, how great iniquity ye brought upon the Zoramites; for when they saw your conduct they would not believe in my words.”

That is the steep price of hypocrisy in the religious world. And such is a perennial problem because, as the Apostle Paul reminds us, “all have sinned, and come short of the glory of God.”

It is a tragedy when cynicism blinds us and others to the beacon of ultimate hope—God the Father.

It was not by chance that I came across the following passage from Jane Austen’s Elizabeth Bennet in my reading of Pride and Prejudice on the same day I encountered the damning article about Ravi. “The more I see of the world,” Elizabeth says, “the more am I dissatisfied with it; and every day confirms my belief of the inconsistency of all human characters, and of the little dependence that can be placed on the appearance of either merit or sense.”

This is how we feel when people let us down. And the more life we live, the more opportunity we have for disappointment. Many espouse a similarly justified cynicism toward faith leaders because so many skeletons of iniquity have been unearthed in recent decades. Whether it is Jimmy Swaggart’s affairs, the Catholic Church’s sex abuse scandal, or, more recently, Jerry Falwell Jr.’s sexual missteps, prominent followers of Jesus have too often lived with misguided and unchecked passions that are anathema to the cause of Christ. These sins cannot be winked at or ignored. Justice must be meted out. The standard of conduct is higher for those in positions of Christian leadership because they know better. Repentance is always possible; God will undoubtedly forgive. But, as Dietrich Bonhoeffer reminds us, “Such grace is costly.” “Cheap grace,” he adds, “is the deadly enemy” of the body of Christ.

Thus, for those in positions of authority, zero-tolerance with sexual immorality is the only option to maintain the safety of the flock.

For Christians, it is a tragedy when cynicism blinds us and others to the beacons of ultimate hope—God the Father, his Son, Jesus Christ, and the Holy Ghost. We must therefore remind ourselves that we need not abandon the ship of faith because of its imperfect messengers. Rightly viewed, these revelations about Ravi Zacharias are not proof that the Christian message he spread is totally false or that every preacher runs his or her own secret den of iniquity on the side. And for Christians, this is a lesson that we should never invest our faith solely in a fallible human. There is, after all, no other kind of human.

Our faith is to be rooted in Jesus Christ, first and always.

The Book of Mormon prophet Nephi, a spiritual giant to Latter-day Saints, lamented several barriers to his own belief. These included his personal wretchedness and sin, as well as the lingering anger and resentment within his broken family. But he was able to keep his faith firm partly because he did not “put [his] trust in the arm of flesh; for [he knew] that cursed is he that putteth his trust in man” (emphasis added).

Hold to the transcendent hope of Christ and the communal strength found in religion, in spite of the flawed men and women you will find there.

We do ourselves and our leaders a disservice when we place them on pedestals of perfection and almost, as it were, worship them—either for their position, eloquence, or celebrity. My people, the Latter-day Saints, are led by men we consider to be prophets in the same sense that Moses, Isaiah, or Peter were prophets. While the first principle of our religion is and always has been faith in Jesus Christ, our strong veneration of our leaders can at times border on a dangerous strain of idol worship.

What if a Latter-day Saint apostle fell in the way Ravi is alleged to have fallen? Lest you think this impossible, remember story after story throughout scripture that show prophets and saints failing. Also, consider a rarely-quoted portion of our scriptural canon. It contains a proviso that “there is not any person belonging to the church who is exempt” from church discipline—even the prophet. This is because, as a Latter-day Saint hymn teaches, “the fight with sin is real.” Satan’s temptations are an ever-present reality. So long as we inhabit a fallen world with free will, people will always have the potential of letting us and themselves down.

When someone we trust falls from grace—be it a pastor, a prophet, a bishop, a father, a sister—we ought not throw Mosaic stones of judgment. We should mourn for their sin and for the damage done to their victims, themselves, their spouses, their children and grandchildren, their trusting followers, and those who will turn away from the message of Christianity (or religion generally) because of a stumbling block placed in their path by yet another hypocrite among the flock. And we should be merciful because we are equally capable of stumbling.

My plea and my prayer is that honest seekers of truth will discover and hold to the transcendent hope of Christ and the communal strength found in religion, in spite of the flawed men and women they will find there.

May the believers among us not be naïve about the dangers of sin. May we recognize its insidious effect on the witness we bear. May we pray, now and always, that our Father “suffer us not to be led into temptation, but deliver us from evil” (Joseph Smith translation of Matthew 6:13). And then may we then live like we believe it, staying as far from the abyss as possible. 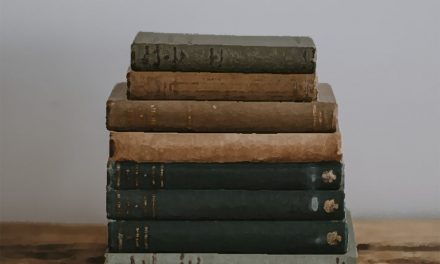 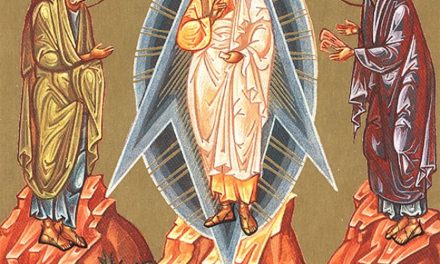 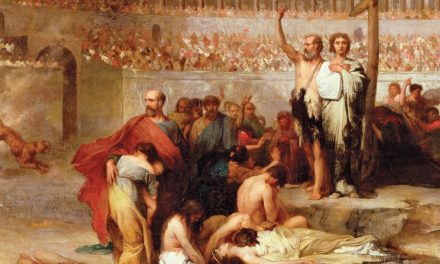